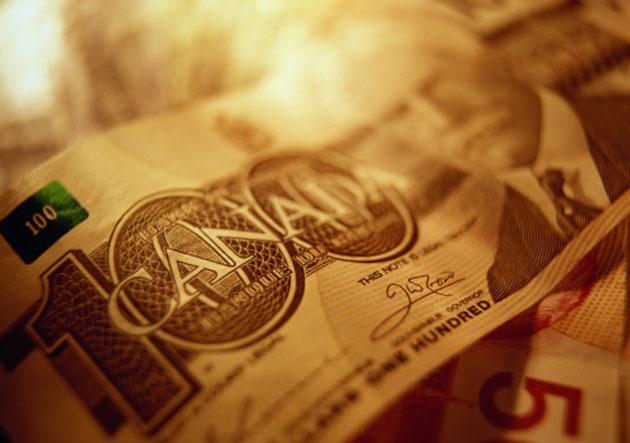 The return to normal economic growth has been as elusive as a will-of-the-wisp. This year is no different.

Every January brings new hope that this, at long last, is the year the economy really breaks out from the overhang of the 2008 crash. And every year at about this time we are disappointed.

It appears that 2015 will be no different. A flurry of economic outlooks released recently all reached the same pessimistic conclusion: GDP growth this year will be lower than originally expected. All that varied was the degree of gloom.

The most comprehensive study came from the Paris-based Organization for Economic Co-operation and Development (OECD). Their latest Economic Outlook gives the global economy a grade of only B- and cuts forecasts for growth this year almost across the board.

“The global economy is projected to strengthen, but the pace of recovery remains weak and investment has yet to take off,” OECD Secretary-General Angel Gurría said. “The failure to trigger strong, sustainable growth has had very real costs in terms of lost jobs, stagnant living standards in advanced economies, less vigorous development in some emerging economies, and rising inequality nearly everywhere.”

The OECD cut its prediction for global growth this year to 3.1 per cent, down from 3.6 per cent previously. The report forecasts improvement to 3.8 per cent next year (down from 3.9 per cent before). However, we’ve been down this road before, with optimistic projections fading away before harsh realities.

Especially disappointing is the OECD’s big downgrade of U.S. prospects. The American recovery is sputtering, with the economy expected to grow at only 2 per cent this year. That’s well down from the organization’s prediction of 3.1 per cent, made last November. The strong U.S. dollar and the bitter winter that led to a first-quarter GDP retreat of 0.7 per cent are blamed for the revision. For 2016, the OECD is looking for U.S. growth of 2.8 per cent.

A few days later the International Monetary Fund joined the dirge, cutting its estimate of U.S. economic growth this year to 2.5 per cent from 3.1 per cent previously. The recovery is so slow and inflation so tame that the IMF urged the U.S. Federal Reserve Board to delay raising interest rates “until there are more tangible signs of wage or price inflation than are currently evident”. That immediately touched off speculation that the Fed may wait until December to act – previously the betting was on a September hike.

The U.S. numbers look pretty anaemic but Canada would be thrilled with them. Unfortunately, our outlook is even worse, due in part to the plunge in oil prices and the resulting cuts in capital expenditures by energy companies. This year’s growth rate is now predicted by the OECD to be only 1.5 per cent, down from 2.2 per cent in the previous report. The 2016 forecast is 2.3 per cent.

Canadian inflation this year is expected to be only 1 per cent, well below the Bank of Canada’s target rate of 2 per cent-3 per cent. Low inflation and slow growth are two of the main reasons the OECD now predicts that interest rates in Canada will not start to rise until 2016.

Our major banks all share the OECD’s gloomy outlook for the rest of this year. A report released by Scotiabank on June 1 predicts Canadian GDP will add only 1.6 per cent in 2015 and 2 per cent in 2016. CIBC’s new target is 1.4 per cent, a drop of more than a quarter-point from previously. Chief economist Avery Shenfeld said he expects the economic gap between Canada and the U.S. to widen, which in turn would put more downward pressure on the loonie.

Only Royal Bank was mildly positive in its latest report, saying that the “broad-based weakness that knee-capped Canada’s economy earlier this year will prove to be temporary.” The latest RBC Economic and Financial Outlook projects a growth rate this year of 1.8 per cent, rising to 2.6 per cent in 2016.

Despite the more optimistic growth forecast, RBC agrees that the Canadian dollar will come under increased pressure. It calls for the loonie to drop to US$0.77 this year and chief economist Craig Wright says it will likely stay below US$0.80 in 2016 as the Bank of Canada target rate will trail the increases expected in the U.S. Federal Reserve rate.

None of this is good news for investors.

The downward revisions for this year’s growth and the tepid outlook for 2016 suggest North American stock markets will have trouble maintaining a positive tone. Canada is especially vulnerable in the current situation because our resource-based economy is so dependent on robust global growth to drive commodity prices higher.

In the light of this, we all need to temper our rate of return expectations. A realistic goal for stock market returns for the next year is about 6 per cent, including dividends. The best prospects are in U.S. and overseas markets.

Net returns from a diversified bond portfolio or fund will likely be in the range of 2 per cent or less, as rising interest rates in the U.S. will take their toll on prices. Stay short term. The bond market is extremely volatile right now and when that happens, duck for cover.