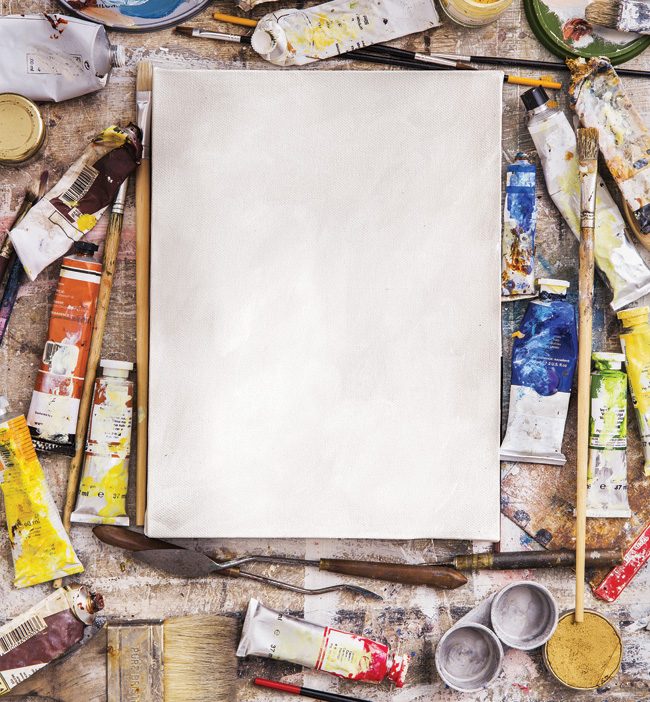 When John MacKay downsized the career he had spent years crafting, could he – at his age – paint with a new brush?

One night in November 2013, I heard a voice. I was channel surfing after a particularly long day at work and, in the middle of a rerun of Modern Family, I heard a voice. What it said was, “If you keep this up, you’re going to get sick.”

The thing about these voices, these messages, when they show up so infrequently over the course of your life – you want it to be James Earl Jones thundering down at you, but what you get instead is your own voice, the same tiresome, flat-as-a-pancake voice in your head that’s been badgering you for the last 50 or 60 years. I think that’s how the heavens speak and why, more often than not, we don’t hear them.

But that night I heard it and, whether it was divine intervention or just me telling myself something I should have already known, that little message, delivered in a weary voice to a weary guy, hit home hard.

I wasn’t ill but I was certainly tired – of the daily grind of running my PR company, of making a thousand decisions a day, of managing millennials, of the relentless labour-intensiveness of the work. There was still pleasure in the craft, and I was on my game, but professional stimulation and the joy of achievement were too often taking a hazy back seat to just getting through the day.

I was where many of us are, I think, in those last 10 years or so before retirement age: more comfortable in my own skin than when I was younger but beginning to feel time limited and unsure of what to make of that. For the first time in my life, I was anxious about money and focused on saving as much as I possibly could. While on the surface my days were dynamic, in some ways I was frozen, locked in some limiting beliefs (“This is it … you have to make the most of it … don’t rock the boat”).

I was tightening up. But that voice – or thought, if you prefer – got me thinking. Something had to give.

I have always loved work; I suppose it has defined me. It’s when I feel most alive and, though the time will come, I cannot yet imagine not working. I’ve had no interest in drifting unconsciously toward retirement and what I’ve called, at times disparagingly, the three Gs: golf, grandchildren and gardening. What I needed wasn’t less stress or less work: I needed change, perhaps another kick at the can. I needed the kind of aliveness that change can bring.

I do believe I know a thing or two about change. It has always been the next thing, starting something new, that has excited me most, and so I have begun again, many times, usually having had considerable success in the career I was leaving behind. Theatre director, freelance journalist, psychotherapist, magazine editor-in-chief, television commentator, speech writer, fashion and industrial show producer, newspaper columnist, advertising copywriter, public relations executive, actor (failed), entertainment industry development executive (aborted) – this is how I’ve marked my life. Could I do it again, now? Would the tumblers continue to click?

More thoughts, encouraging, rationalizing: “You’ll probably never have enough money, so why let that stop you … if you don’t do it now, you never will … you could be alive for 30 more years but you don’t know how many more years of vitality you will have.”

As these thoughts gathered power, the constricting, suffocating thoughts – “Save every penny … stay the course … tough it out … be safe, not sorry,” delivered in the shrill, niggling, little voice of some nervous aunt I’d no doubt internalized – began to recede. I created a mantra of sorts, playing it over and over in my head: “If not now, when? After this, what?” I was gathering steam.

Over the next few months, I dramatically downsized my small, esteemed public-relations company. I said goodbye to a coveted handful of blue-chip clients, let my bewildered valued team of young PR professionals go and closed the office.

Facing the great white nothing – that’s what an artist friend of mine calls standing in front of a blank canvas. Whether it’s by choice or necessity, with excitement or dread, when you’re faced with nothing, you wake up. You assess, take stock, scavenge through all you’ve done in the past, rifle through everyone you know. You scan those books on finding your passion (dubious), fret like crazy and try on as many possibilities as you can conjure up and, through this chaotic process, you clear a path for your creativity to bubble up.

Eventually, among the few or the many, one this-feels-right idea, an idea with movement and potential, arises from it and you build an opportunity. There it is! Aliveness! This is where it starts. You’re on the edge of a cliff.

A year and a half has passed since I uprooted myself and, while there has been movement and change, I am still, in my way, standing on that cliff. Truth be told, it’s a small cliff; this time around, there’s a safety rail. I kept one client so I would have some needed income as I moved forward. But I’ve left a lot of space for the new and I’ve resisted the powerful urge to fill time and wallet (“Time is running out! Money’s running out!”) with more of the work I left behind.

There’s now a little paint on the canvas. I’ve done some writing for newspapers and magazines, and I am pecking away at a non-fiction book, perhaps not surprisingly, about this mysterious, flummoxing stage of life we find ourselves in. But whether or not this is it, the thing I am looking for, I don’t yet know. I could paint over it at any moment.

How do we age, I wonder, without tightening up, without our minds and spirits constricting like our bodies invariably do? Where do we find motivation and, yes, aliveness, when there is less wind behind us and we cannot always rely, as we once could, on passion and creative juice and restless energy and enthusiasm?

One way, my way, is to risk, even a little – there’s magic in it every time. It’s taking a wee step into the unknown and imagining that something else, something different, is possible at a time when every voice, both in and outside your head, is telling you to stay put. It’s raising the stakes of your life. And you discover that a little fear in the end isn’t all that frightening.

Mine is a small story, I know that. It’s not like I sold the lumberyard and left for Mount Baldy. But hallelujah, I have broken the tight, restrictive thinking and the emotional numbness that were beginning to envelop me. I’m awake to possibility, embracing what’s new and, like us all, trying to balance the bottom line with what I need for heart and soul. I am thinking more deeply about the powerful relationship between vitality, aliveness, risk – and longing.

But that’s another story. Right now, I’m building a future … and listening for another voice.