Which Party will Protect your Pocketbook? 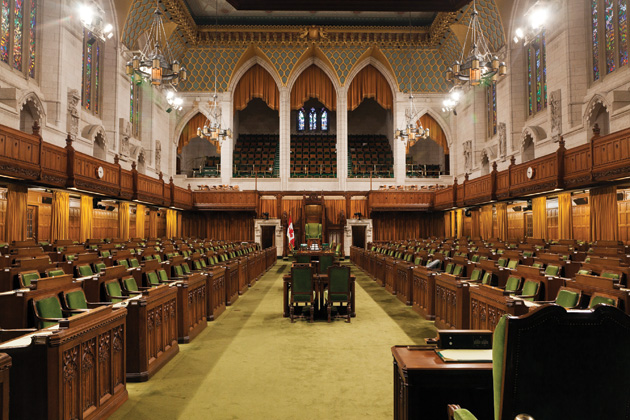 As this fall’s federal election approaches, Canadians prepare to head the polls to elect a government that will see us through the next five years. Can you feel the excitement growing?

Probably not. Besides the anti-terror legislation Bill C-51 and the ongoing embarrassment of the Senate scandal, there has been no big concern that has really captured the voters’ interest. Devoid of a major issue that could swing an election – like free trade, Quebec sovereignty or health-care reform – voters will trudge to the polls to determine whether or not they want to give Stephen Harper another term of hands-off governing, in the process making him our fifth longest-serving prime minister.

In lieu of a headline-grabbing issue, voters will be looking out for their own personal financial interests. Which party will do the best job stoking the economy, protecting our jobs and making the best use of our hard-earned tax dollars?

Because this country’s older demographic will once again rule the ballot box – in the last election, 68 per cent of voters over 45 cast a ballot compared to only 46 per cent of those under 45 – the ultimate winner will be the party that presents a platform that appeals to this all-important bloc.

That means delivering a coherent set of fiscal policies that addresses Canadians who are at or near retirement, creating a good investing environment and bolstering social pension programs: the Canadian Pension Plan, Old Age Security and Guaranteed Income Supplement. Plus, they must appeal to the growing number of older Canadians who are still working, which means removing age-barriers in the workplace, creating and protecting jobs for older workers (especially the 48 per cent who are forced to retire earlier than they wanted) as well as implementing policies to end workplace ageism.

So if you’re voting with your wallet, let’s take a look at the three main parties and how their policies may affect your pocketbook.

Overview Prime Minister Stephen Harper and his party earned the trust of Canadians with their able steering of the economy through global recession and delivering a balanced budget, as promised. However, as that success fades into history, voters are asking: “What have you done for us lately?” Looking at the Conservatives record of late, the answer is: not much. Our economy seems maddeningly stuck in neutral, our oil revenue lifeline is failing and, other than throttling interest rates (which has taken a toll on fixed-income investors), the Tories seem to have run out of solutions for jolting the economy.

Pocketbook Policies A big advantage for Tories is that they can run on their legislative record rather than their vision. Since taking power in 2008, they’ve introduced a number of popular measures for both older workers and retirees, including household and pension income splitting, increasing the Age Amount, reducing mandatory RRIF withdrawal rates for retirees, doubling TFSA limits from $5,500 to $10,000, increasing GIS and introducing the caregiver tax credit. They have put CPP reform on the backburner. Finance Minister Joe Oliver opposes increasing CPP premiums across the board, instead offering a voluntary opt-in for those who wish to be part of an expanded plan.

Overview Leader Tom Mulcair is riding a wave of success, bolstered by a surprise NDP provincial win in the once Conservative stronghold of Alberta. Mulcair has also succeeded in steering his party away from their radically socialist roots, instead positioning it as a viable centre-left alternative to the Conservatives. In fact, the party is using language that might be directly lifted from the Conservative playbook, promising balanced budgets, debt reduction and tax cuts for middle class – concepts that would likely make party founders turn in their graves. Despite his solid performance in question period, Mulcair remains a relative unknown outside of Parliament, lacking the popularity of former leader Jack Layton.

Pocketbook Policies The NDP is on record as being in favour of bolstering CPP by doubling premiums, increasing OAS and GIS for lower-income retirees, as well as restoring the age of eligibility to receive OAS back to 65. Plus it favours making EI benefits more flexible and generous for individuals to take time off to care for a dying loved one. Mulcair has gone on record as saying he’d reverse the doubling of the TFSA and get rid of income (but not pensions) splitting, while boosting the minimum wage to $15/hr.

The Big Question Can the NDP – which has never before held federal power – succeed in convincing voters that they’re capable of managing our massive, yet fragile, economy?

Overview If personal popularity and charisma (not to mention great hair) were the sole factors in winning this election, Justin Trudeau would defeat his two other counterparts hands down. However, a politician can’t succeed solely on charm – he or she must also present serious economic policies that speak to voters’ major concerns. On this level, the Liberals have so far failed to capture the public’s imagination. And because they’re slowly being squeezed out of their long-time centrist position by the NDP, the failure to address broader economic issues may hurt them come election time.

Pocketbook Policies The Liberals have promised moderate CPP expansion as well as restoring the age of OAS eligibility back to 65. Like the NDP, they’ve also pledged to balance the budget by scrapping several key Tory measures, including income (but not pension) splitting and the TFSA increase. For low-income Canadians, they would explore increases to GIS and OAS as well as a hike to federal minimum wage. The party also promises a modest middle-class income tax cut (from 22 to 20.5 per cent) but will impose a new high-income tax bracket on those making more than $200,000 per year.

The Big Question Can Trudeau overcome the notion that “he’s just not ready” and devise a practical and understandable fiscal policy that appeals to older voters?