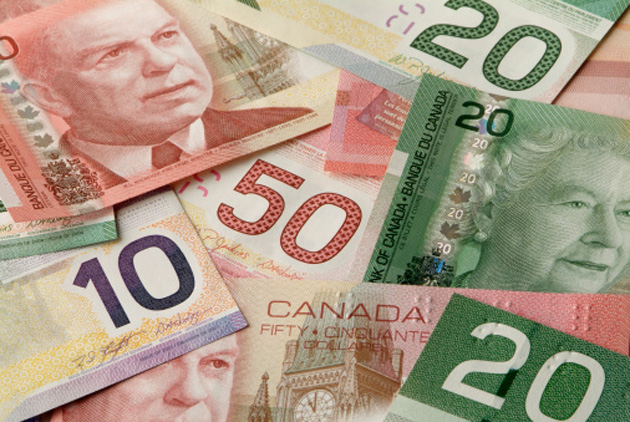 Despite slow growth recently, this model portfolio is returning more than 12 per cent a year.

I know that most people aren’t thinking about RRSPs in the middle of August but I try to update my model portfolios every six months. Since the last review of the RRSP Portfolio was in early February, it’s that time again.

My RRSP Portfolio has two main goals. The first is capital preservation – as with any pension plan, you don’t want to lose money. The second is to earn a higher rate of return than you could get from a GIC.

I’ve therefore constructed the portfolio to include bonds and defensive securities in order to reduce risk. But I also added some growth-oriented securities including mutual funds that offer exposure to the Canadian, U.S., and international equity markets. The securities were chosen from the Recommended Lists of my three newsletters: the Internet Wealth Builder, The Income Investor, and Mutual Funds/ETFs Update. The portfolio contains a mix of ETFs, mutual funds, common stocks, and limited partnerships. This means that readers who wish to replicate it must have a self-directed RRSP with a brokerage firm.

These are the securities currently in the portfolio with some comments on how they have performed since the last review.

iShares DEX Short Term Corporate Universe + Maple Bond Index Fund (TSX: XSH). This exchange-traded fund invests primarily in bonds that mature in five years or less, so it is basically a short-term bond fund. The bonds may be issued by Canadian companies or by foreign corporations in Canadian currency (the Maple Bonds). Short-term bond funds are essentially defensive positions so returns are low. Over the latest six-month period this fund lost $0.21 per unit in market value but we received about $0.32 in distributions for a small net gain.

iShares Canadian Bond Index ETF (TSX: XBB). We added this ETF to the portfolio in February and so far we have incurred a small loss. The unit price is down from $32.70, where we bought it, to $32.11. We received distributions of about $0.45 per share but that wasn’t quite enough to offset the loss in market value. However, this type of portfolio requires a fixed income allocation so we will continue to hold this position and add to it at opportune times.

Fidelity Canadian Large Cap Fund B units (FID231). It was a rough six months for Canadian stocks and this fund didn’t escape, posting a small loss of $0.45 per share or just over 1 per cent. There were no offsetting distributions as the fund only makes one payment annually, in December. Despite the setback, we are ahead more than 36 per cent on this one.

Beutel Goodman American Equity Fund D units (BTG774). Fortunately, this well-run U.S. equity fund helped to compensate for the weakness in the Canadian market that we experienced. The net asset value (NAV) gained $0.89 per unit during the period for a return of 6.6 per cent. There were no distributions.

Black Creek International Equity Fund A units (CIG11118). We added this international fund to the portfolio in September 2013. It got off to a strong start with a total return of 16.4 per cent in the first six months, then slackened off for a while. It made a nice recovery in the latest six-month period, with an increase of $1.29 (6.3 per cent) in the NAV. Here again, there were no distributions.

Brookfield Renewable Energy Partners LP (TSX: BEP.UN, NYSE: BEP). This Bermuda-based limited partnership owns a range of renewable power installations (mainly hydroelectric) in North America and Brazil. After a strong run last year, it has been pretty much marking time, with the share price down $0.55 since the last update. However, we received two quarterly distributions of US$0.415 (US$0.83 total) for a small net gain for the period.

Brookfield Infrastructure Partners LP (TSX: BIP.UN, NYSE: BIP). This limited partnership has also been marking time. It invests in infrastructure projects around the world so it faces some global economic headwinds. The share price is down $0.51 from our last review but we received two distributions totaling about US$1.06 to offset that. This is the top performer in the portfolio with a total return of just over 93 per cent.

Capital Power Corporation (TSX: CPX). We added 60 shares of this company in February 2014 as a replacement for Firm Capital. The stock started strongly, gaining 24.5 per cent in the first six months after being added. But it has regressed badly since, with the shares losing $5.78 in the latest six-month period. Not good.

Interest. We invested cash holdings and the accumulated distributions of $1,091.29 in a Tangerine high interest savings account paying 1.05 per cent. That provided $5.73 in interest during the latest period.

Here is how the RRSP Portfolio stood as of the afternoon of Aug. 13 (mutual fund prices are as of the close of trading on Aug. 12). Commissions have not been factored in and Canadian and U.S. currencies are treated at par for ease of tracking.

Comments: We eked out a gain of 1.1 per cent during the latest six months, thanks mainly to good performances from the Beutel Goodman American Equity Fund and the Black Creek International Equity Fund. This shows the importance of geographic diversification; if all our equity assets had been in Canada the portfolio would have been in the red for the period.

Since inception, we have a total return of 51.9 per cent. That works out to an average annual compound rate of return of 12.7 per cent. That’s down from 14.5 per cent in February but well ahead of our target of between 6 per cent and 8 per cent.

Changes: Capital Power has run into some serious problems, despite a 7.4 per cent dividend increase. The company reported a loss attributable to shareholders of $34 million ($0.39 per share) in the second quarter, primarily due to an unplanned 28-day outage at one of its power plants. CEO Brian Vaasjo said the plant is now back on line but investors were also rattled by changes in carbon emission regulations by the new Alberta government and the possible impact on the company’s future profitability. Given the uncertainty surrounding the stock, we will sell our position for a total of $1,339.20, including accumulated dividends.

We will use some of that money to add to our position in XBB, buying 40 shares at a cost of $1,284.40. That will bring our total holding to 85 shares and leave $54.80 to add to our cash reserve. That cash plus accumulated dividends totals $1,370.50. The interest rate on our Tangerine account is now 0.8 per cent. The rest of the portfolio will remain intact for now.

Here is a look at the revised portfolio. I’ll review it again in February.