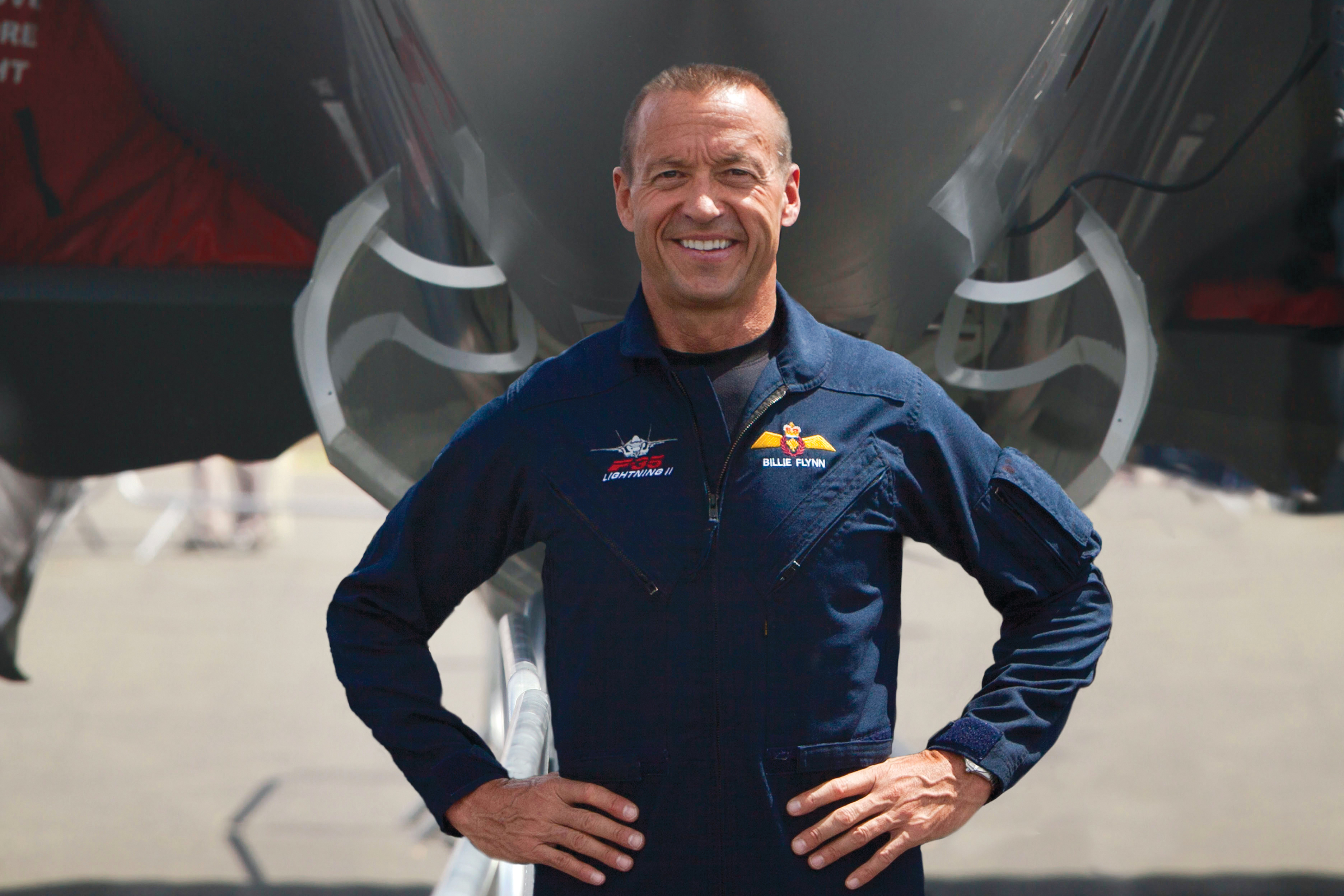 A new organization is the wing man for military personnel looking to land in corporate Canada.

Billie Flynn’s dark blue flight suit draws a few curious glances from people in business suits and casual guests as we meet for an interview over coffee at Toronto’s iconic Royal York Hotel. His 1960s brush cut has me channelling Ed Harris playing Nasa flight director who got the Apollo 13 crew safely back to earth. He’s lean and fit at 57 and it’s easy to imagine him the confined cockpit of a sleek airplane.

Since 2012, he’s been flight-testing Lockheed Martin’s F-35 joint strike fighter. Its proposed purpose purchase as the replacement for Canada’s aging CF-18 fleet remains controversial: costs have skyrocketed, and there’s concern a single-engine jet is not a good choice for use in Canada’s vast Arctic.

However, Flynn notes, “It’s a Tony Starks-and-the-Iron Man space-age type airplane and to be part of this is a huge privilege.

He grew up a “base brat” as his father flew Canadian Forces Air Command fighters, and he longed to be a test pilot. First, of course, he had to learn to fly, and where better to do that than in his father’s air force?

By the time he ended his 23-year-career, he’d piloted 70 different types of airplanes and logged close to 5,000 hours in the air. He’d also earned post-graduate degrees in both mechanical and aerospace engineering, and business administration and had spent five years in as the Canadian Armed Forces (CAF) exchange test pilot at Edwards Air Force Base in California.

He retired from the air force in 1999, after commanding Canada’s squadron of CF-18 Hornets in Nato’s Operation Allied Force in Kosovo and the former Yugoslavia.

“I had done the greatest job that a fighter pilot could do in the air force,” he recalls. “There was never going to be … anything more fulfilling than going to combat as a commander of a fighting squadron.”

Discovering all there is to know about an aircraft is Flynn’s passion, so when an aircraft manufacturers headhunter called , he jumped at the chance to test the sophisticated Euro Fighter 2000 Typhoon and live in Germany.

“There was no way I was going to miss that opportunity,” he says.

But adjusting to civilian employment wasn’t a snap.

“Everyone misses the camaraderie [of military life] … a culture that keeps everybody close and protected. There’s so much risk … It’s a bit of a shock to realize that the rest of the world is just not like it,” he says, adding one of toughest challenges he faced was the realization that he didn’t command anything any more.

“That rank you had in the military? That doesn’t mean anything on the outside.”

What does score points with the business sector is the competence born of air force training. ” From the first day, you were taught initiative because there was no on else to do things for  you. We assumed responsibility and we made things happen,” he points out.

The charismatic pilot has become a steadfast advocate for Canada Company’s Military Employment Transition (MET Force) program, which links the business community and retiring members of the Canadian Armed Forces, reservists and veterans looking for a second career. The non-profit, non-partisan organization also champions Canada’s military and their families and provides scholarships for children whose parent died in action or during a training mission. www.canadacompany.ca.

Canada’s Company president, Angela Mondou – a boomer – knows what CAF-trained people bring to the table. An air force logistics officer at 22, she let a team of 78 and 27, she was a captain with 10 days to plan the deployment of Canada’s largest-ever United Nations Peacekeeping contingent into a war zone in the former Yugoslavia.

“That understanding of what you can do translates in a very bug way in the business world,” she says. Her post-military career has included launching the BlackBerry phone while at Research in Motion (now BlackBerry) and building ICE Leadership, her own business service company. She points out that a self-starter, make-things-happen attitude is drilled into military members right from the start.

Most military women and men have the training to quickly execute a mission with the resources they’re given, notes retired major general Jim Ferron, 58, now a vice-president focusing on business development in the defence and security sector for Carillion Canada Inc., which manages facilities and serves the construction industry and hydro distribution and transmission companies nationwide.

Canada Company greatly assisted Ferron’s transition, helping him adapt the “military speak” of his resume to the language of the private sector and coaching as he signed on to LinkedIn, the network for business professionals. Carillion Canada has since become one of the more than 120 Canada Company employer partners that hire and support Canadian Armed Forces personnel. Ferron will take part in Canada Company’s First Annual National Transition symposium in Toronto on Oct. 17.

Also on the agenda is a panel titled Cool Vets, Cool Transitions. Among the panelists? The very cool Billie Flynn.