Football Star Peyton Manning Retires. Is He The Greatest QB Ever? 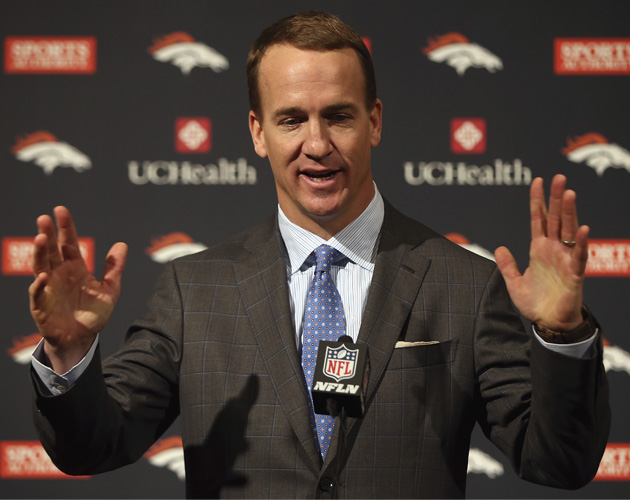 Peyton Manning fulfilled the dream of every pro athlete: to have a long and successful career, leave your mark on the game and top it all off by exiting the sport as a champion.

In announcing his retirement on Monday, The 39-year-old star NFL quarterback nailed it on all three counts: he had a lengthy career, won five MVP awards, set all the quarterback passing yardage and touchdown records and called it quits after the season he won his second Super Bowl.

After Manning’s hugely successful playing career, split between the Indianapolis Colts and the Denver Broncos, Manning held a tearful goodbye press conference to list the things he’d miss about football, particularly all the great players and coaches he’s played for and against.

Sounding an optimistic note for the future, Manning said that he was “totally convinced the end of my football career is just the beginning of something I haven’t discovered yet.”

Manning concluded by paraphrasing a Biblical passage: “I fought a good fight and now I finish my football race. After 18 years, it’s time. God bless all of you, and god bless football.”

It’s guaranteed that Manning will enter the Football Hall of Fame in the first year that he’s eligible. The only question left is whether he’s the greatest of all time. Despite his many records, his two Super Bowls and his likeable “aw shucks” wholesome image, he probably won’t be regarded as football’s best passer, an honour that will likely fall on the broad shoulders of New England Patriot quarterback Tom Brady.

Brady can’t match the ridiculous numbers Manning put up in the regular season. While touchdowns are nice, it’s in the post-season where a quarterback earns his stars. Manning’s all-time playoff record is a ho-hum 14-13. Yes he has two Super Bowls but the first came against a terrible Chicago Bears team and the second, the Bronco’s defence carried the day. Brady, on the other hand, has a sparkling 22-9 post season record, to go along with four Super Bowls.