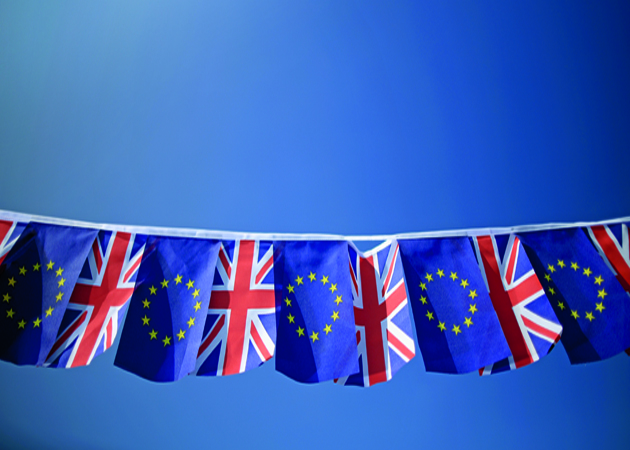 The political and economic consequences of the U.K. leaving Europe has Gordon Pape asking, after Brexit, now what?

In the days immediately following Britain’s decision to leave the European Union, stock markets around the world lost an estimated US$3 trillion in value and the pound sterling fell to a 30-year low. Britain lost its highly valued triple-A credit rating, the yield on European bonds fell to its lowest level in living memory, and safe-haven investors drove up the price of gold by almost $60 in one day.

The markets stabilized a few days after the June 23 vote, but the message had been sent: Brexit was a terrible decision. It will plague the British economy for years to come, depressing trade, raising unemployment levels and promoting a flight of capital to the continent.

This is a slow-motion withdrawal, which will take years to play out. The actual separation talks won’t even start until Britain triggers Article 50, the European Community’s withdrawal clause. From that point, talks could take up to two years. This means the consequences for Britain will unfold slowly, but they are coming and they won’t be pleasant.

With the initial shock wave having passed, what should we expect going forward? Here are my thoughts.

Next: A slowdown in Britain…

1. A slowdown in Britain

The effect on Britain’s GDP is already being felt as foreign capital investment dries up in the face of uncertainty over where the country is going. Shortly after the referendum result was announced, Royal Bank slashed Britain’s projected growth rate for this year to 1.4 per cent (from 1.8) and predicted no growth at all in 2017 (down from 1.8 per cent). A recession in 2017 is not out of the question.

In trade terms, our risk level is low. Over the years, there have been several attempts to increase our trade with the U.K. and reduce our dependence on the U.S., but they have never gone very far. Only three per cent of our trade is with Britain compared to about 76 per cent with the U.S.

Despite the minimal impact on trade, TD Bank said in a note to clients after the vote that the spillover effect on investor confidence and business investment could knock between 0.5 per cent and 1 per cent off its predicted GDP growth rates for Canada and the U.S. in the second half of the year.

As well, after the vote, the European Community announced that the Canada-E.U. Comprehensive Economic and Trade Agreement (CETA), which was close to completion, would not be fast-tracked for approval. British leaders have already started promoting a new free trade agreement with Canada and the U.S.

A few days prior to the referendum, U.S. Federal Reserve Board Chair Janet Yellen said the uncertainty over the outcome was a key factor in the Feds’ decision not to raise interest rates at its June meeting. The doubt over what comes next and the potential negative impact on the global economy will likely stay the Feds’ hand for the rest of the year. The Bank of Canada will follow suit and could even lower its rate again since our economy is more sluggish than that of the U.S., which could mean continued low returns for interest investors (GICs and bonds) and a strong market for high-yield stocks like REITs and utilities.

Next: A threat to free trade…

The vote was a body blow to free trade, delivered by a nation that conceived and profited from it for centuries. Now the concern is whether it’s an isolated case or the start of a contagion. Anti-trade forces are on the rise, led by Donald Trump who wants to tear up most U.S. deals, including NAFTA, and derail those in the making, like the Trans-Pacific Partnership. All this would pose a serious threat to the Canadian economy.

In 1930, the U.S. enacted the Smoot-Hawley Act, which was designed to protect American jobs and industries from foreign competition by dramatically raising tariffs. It was a disaster. According to the U.S. State Department, global trade dropped by 66 per cent between 1929 and 1934. Hundreds of thousands of American jobs were lost, exacerbating the Depression. World trade did not recover until after the Second World War. Trump seems to be headed down that same road, and Brexit may give his campaign a boost.

The “United” Kingdom may not be that way much longer. Scotland, which voted overwhelmingly for the Remain side, has made it clear it wants to stay in the EU, even if that means another divisive referendum on its independence. There have also been rumblings from Northern Ireland for independence or union with the Irish Republic. A constitutional crisis and the break-up of the U.K. could be next.

6. Boost for the far right

Political parties that a few years ago were considered to be on the lunatic fringe have been gaining strength recently, and the Brexit vote may accelerate this trend in both Europe and the U.S. These parties reflect voter antipathy to immigration, elitism, income inequality and free trade, all of which have become fertile ground for the politics of fear and division.

Politicians are going to be a lot more cautious in the future about calling referendums. (Canadians well remember the 1995 Quebec referendum in which pro-sovereignty voters were narrowly defeated.) They may seem to be the epitome of democracy, but they are divisive and, as we saw with Brexit, highly disruptive. The original framers of the U.S. constitution were strongly opposed to what John Adams described as the “tyranny of the majority.” They believed elected representatives should develop laws after a rational debate in which all sides were aired. Margaret Thatcher once called referendums a “device of dictators and demagogues.”

To sum up, Brexit will be a long, tortuous process that will take some unpredictable twists and turns in the coming months. The economic uncertainty the vote has created will put increased pressure on an already fragile economic recovery. For investors, it’s a time for caution. Avoid high-risk stocks and protect your assets by raising cash and bond weightings. Safety should be your No. 1 priority.

A version of this article appeared in the September 2016 issue with the headline, “The Hangover,” p. 28-30.