The Bank of Mom & Dad 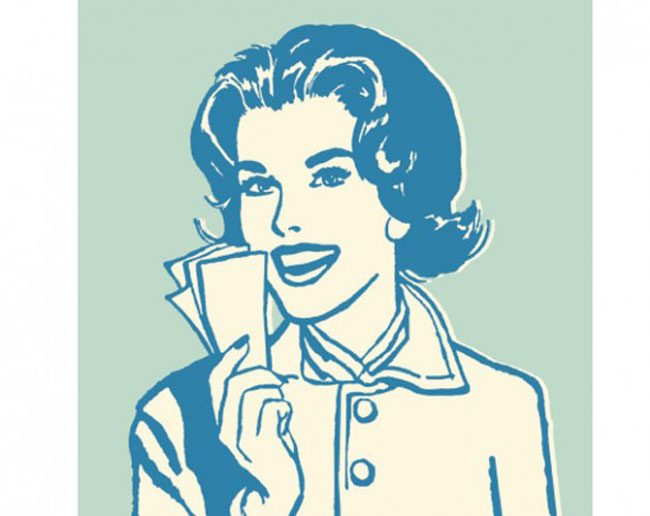 Middle-aged boomers on the cusp of retirement are shelling out for everything from food and shelter to student loans, and many are doing it at their own financial peril.

Does this sound like your house? Your 20-something kids are in the basement playing video games. You are sitting at the kitchen table going through the bills. You are interrupted by one asking what’s for dinner. You look up from the bill you’re perusing – the one attached to your hungry offspring’s cellphone – and think, really?

If it’s any consolation, you’re not alone. According to Statistics Canada, a whopping 42 per cent of young adults aged 20 to 29 were in the parental home at the time of the last census (in 2011). Middle-aged boomers on the cusp of retirement are shelling out for everything from food and shelter to student loans and plane tickets to the Caribbean, and many are doing it at their own financial peril.

According to a recent study by Merrill Lynch Wealth Management entitled Family and Retirement: The Elephant in the Room, 62 per cent of people aged 50 and above are providing financial support to family members, often without due consideration as to how their largesse was going to impact their own retirement.

Retirement can be expensive, and it is easily possible in our age of universal health care to outlive your savings, sometimes by a wide margin. The situation has gotten so bad that there are now self-help books aimed at boomers whose kids are treating the parents like their own personal ATMs.

In his aptly entitled book The Bank of Mom and Dad: Money, Parents and Grown Children, Vancouver business writer Derrick Penner says it’s time for parents to ratchet down the guilt and start being more hard-nosed before providing financial support to adult children, some of whom are old enough to be sporting their own bald spots.

“I wrote the book to give those considering lending or giving money to their children some things to think about,” he says. Before opening up the “bank,” parents and/or grandparents need to do a careful assessment of their own financial situation and then follow that up by having open and honest discussions with their children who must be prepared to bare their financial activities and demonstrate what they are doing to ensure lenders or givers are not enabling financial profligacy. Whatever the outcome, these are the kinds of discussions that should not be taking place during a few minutes of pleading/wheedling over the kitchen table when emotions can trump common sense.

“A lot of people see their children in need and feel stressed about it, but you shouldn’t feel pressured into giving money,” says Penner. “Know your assets, do a proper balance sheet. If the numbers don’t allow it, don’t do it.” He adds that it’s a good idea to put loans in writing. Doing so creates a firmer sense of the obligation on the part of the borrower, and the contract can be something you can wave in the air when you’re the lender and your kids miss a payment!

Penner says he was moved to write the book following discussions with Vancouver-area realtors who reported – anecdotally – that an increasing number of first-time home buyers were plumping up their down payment with loans or grants from Mom and Pop. Hey, it is an expensive world, and nobody is trying to suggest that it is immoral to provide financial support to adult children. At the same time, it would be wrong for young adults to consign their parents to penury in retirement because of the decisions they themselves made on the way to, uh, maturity.

Tackling the parents and progeny issue from a different perspective is Vancouver-based chartered accountant and investment adviser Emily Griffiths-Hamilton. Her book Build Your Family Bank: A Winning Vision for Multigenerational Wealth is less about supporting needy adult children than preserving hard-won wealth through successive generations. “The failure rate for family succession plans is an astounding 70 per cent,” she says. Many families with assets to pass along focus on controlling these assets and minimizing or deferring taxes, ignoring the “human elements” of the family that are crucial to the process.

Again, open and honest communication is the key to success. Families need to be run like successful corporations and nurture human and intellectual capital the same way Microsoft or Apple might. “It doesn’t matter if you’re a family or a not-for profit; the more everyone is committed to the core values and culture, the more successful the family or organization is going to be.”

Similarly families need “policy structures” in place to deal with contingencies, including death, divorce and, in some cases, incorrigible members who decline to get with the program.

Quite obviously establishing these kinds of familial structures doesn’t happen overnight, especially in clans where the wealth has been built through the efforts of a domineering entrepreneur. That’s where Griffiths-Hamilton’s guidelines for establishing communications and bringing order out of chaos can serve some purpose. It’s often difficult for self-made people to cede control, but helping succeeding generations prepare for wealth transition can go a long way toward avoiding having hard-won assets frittered away by a generation of financially illiterate heirs.

The Bank of Mom and Dad does not have to publish annual reports so it’s impossible to determine how much financial support boomers are providing to their adult children in Canada, but we do know that six in 10 parents are extending some kind of financial credit to family members, so the figure has to be significant.

Here are some numbers we do know, thanks to a recent report from TD Canada Trust.

19 per cent of boomers say they would put their own financial future at risk to help their adult children.

43 per cent allow their adult children to live at home rent-free.

29 per cent have subsidized big purchases, everything from cars and homes to computers and airline tickets.

23 per cent contribute to monthly expenses, including rent and grocery bills.

20 per cent have helped pay off credit card or other debt.