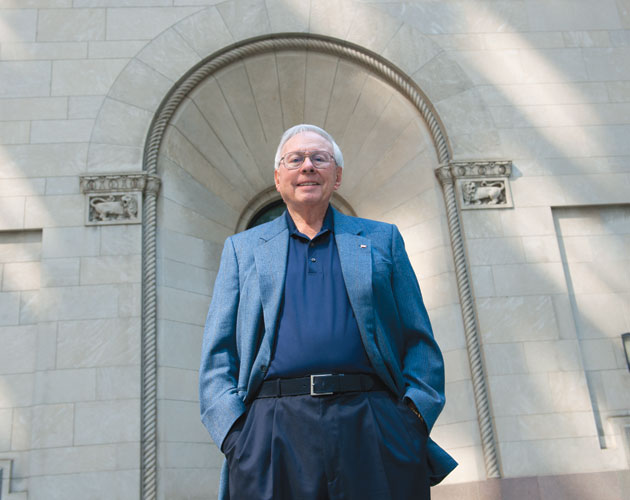 After losing 78 per cent of its value in the tech crash, the index has clawed its way back to new record territory. Here, Gordon Pape investigates.

There was a lot of elation when the Dow and S&P 500 hit all-time highs this summer. But for me the big story in the market over the past year has been the NASDAQ Composite. It keeps setting new records, hitting levels that were once thought to be forever out of reach.

Let’s go back to the late 1990s. The Internet was in its infancy and high tech companies had captured investors’ imaginations. Money was pouring into any stock that promised big returns from the new technology boom, even start-ups with nothing to offer but big dreams.

Most of these companies found a home on NASDAQ (National Association of Securities Dealers Automated Quotations), which had been started in 1971 with an initial index value of 100. Its attraction was lower standards for listings than those applied by the well-established New York Stock Exchange.

For many years, NASDAQ languished. Most major companies ignored it, preferring to list on the more prestigious NYSE. Investors, as a result, paid little attention. It was 24 years before the index passed the 1,000 level, in July 1995. But from then on, it was full speed ahead, thanks to the heavy concentration of high-tech stocks. The Composite cracked the 2,000 mark in 1998 and doubled that again by the end of 1999. People were dazzled as the use of the Internet exploded and its potential as the biggest game changer since the Industrial Revolution became clear. Any technology company with a half-decent story saw its stock price surge.

In March 2000, the frenzy peaked. The index hit a high of 5,132.52 on March 10 and everyone was convinced the sky was the limit. I remember at the time being asked by a lady at one of my seminars whether she should transfer all her RRSP savings into a newly created NASDAQ mutual fund. I urged her not to do so. I hope she followed that advice.

When the dot-com bust hit, it was fast and merciless. The Composite dropped by 50 per cent within a year and finally bottomed out at 1,108.49 in October 2002. That was a drop of 78 per cent from its 2000 high, a crash that put it on a par with the stock market losses of the Great Depression. At the time, I thought I would never see the index above 5,000 again within my lifetime.

It took about 13 years, but it happened. In July 2015 the Composite broke through its 2000 high and has set new records several times since.

What sparked the recovery? Two things. First, the technology sector is far different today than in 2000. Some of the NASDAQ leaders of the time are still prominent today; companies like Microsoft, Cisco Systems, and Intel. But others have been taken over (Sun Microsystems, acquired by Oracle) or have gone down in flames (e.g. the Worldcom debacle). Moreover, the poorly financed dot-coms that made up much of the index have vanished, replaced by such heavyweights as Alphabet (Google), Apple, Facebook, Amazon, Netflix, PayPal, and Twitter—real companies with real revenue and growth potential.

Second, the make-up of the Composite has changed significantly. High tech still dominates but there is also a large representation of health care, biotechnology, and marketing companies that have contributed to driving the index into new territory.

So what comes next? I’m always reluctant to advise buying an index ETF when it is at an all time high. But there are some NASDAQ stocks that I believe are good long-term holds in any portfolio. They include Google (NDQ: GOOGL), which hit at all-time high recently, Facebook (NDQ: FB), and Amazon (NDQ: ANZN). That doesn’t mean these stocks won’t lose ground in a market correction. But they are not going to crash and burn like many of their predecessors did back in 2000. These are companies that have changed the way we live and they are here for the long term.

Ask your financial advisor if these stocks are suitable for you.