One Year Later: Has Justin Trudeau Kept His Promises to Older Canadians? 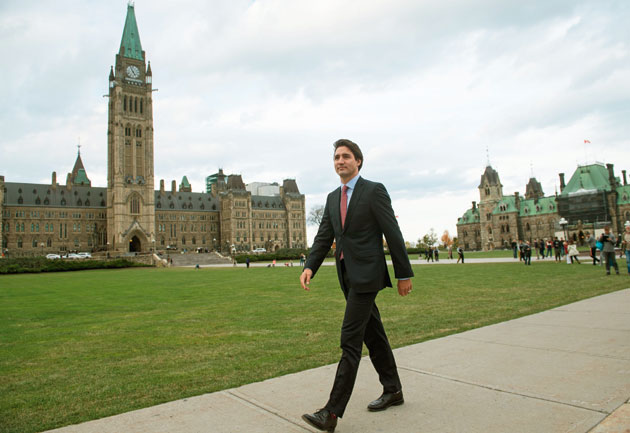 After one year in power, Gordon Pape tallies up what the Liberals have done for older Canadians.

This month (October 2016) marks the first anniversary of the election of the Liberal party. In the followup to their majority victory last October, I identified the many pocketbook promises the party made to attract older voters and suggested that if they wanted to follow through on their agenda, the “next few years were going to be busy.”

After only one year in power they have indeed been busy. Let’s reflect on what the government of Justin Trudeau has done for older Canadians (quite a bit) as well as what it has taken away (this may surprise you).

In 2012, the former Conservative government initiated a long-term plan to raise the limit for drawing Old Age Security from age 65 to 67. Under it, the phase-in would have started in 2023, and by 2029 only Canadians 67 and older would be eligible to draw benefits. Some saw the move as a precursor to lifting the entitlement for Canada Pension Plan benefits to the same level down the road.

The Liberals vowed to restore the OAS limit to 65, with the prime minister calling the Tory plan “a mistake.” It will cost the government a lot of money – an estimated $11 billion a year by 2030. But the gap between the normal retirement age of 65 and the Tory target of 67 would have left many households scratching for income.

Topping up the GIS

The Guaranteed Income Supplement provides additional benefits over and above Old Age Security to low-income seniors. In their first budget, the Liberals fulfilled a campaign promise to increase the top-up benefit to single seniors by a maximum of $947 a year. It’s an overdue move for people near the poverty line.

Older people who have to live apart for reasons beyond their control (for example, long-term health care) were being penalized by a tax system that treated them as being in the same household. The government has increased the benefit for people in this situation to compensate for the increased costs they face.

The Liberals vowed to cut income splitting for most Canadians, and that’s exactly what they did in their first budget. But they left it intact for pension income, which has been a huge benefit for many families. That was a big plus.

One of the first measures the Liberals enacted on taking office was to reduce the tax rate for middle-income Canadians, one of the prime minister’s key pledges. For this year, that bracket now covers people with income between $45,282 and $90,563, although everyone earning less than $200,000 (the government’s new tax bracket for high-income earnings) will feel some benefit. One question: what about lower-income groups? You would think they’d need the tax breaks more than anyone. I guess they don’t have the voting clout.

Government grabs more of your RRSP

Not many people noticed it, but the introduction of the 33 per cent tax bracket on income more than $200,000 will have an impact on a lot of RRSPs/RRIFs. If you die with no surviving spouse, your RRSP/RRIF is deemed to be cashed in at fair market value, and your estate is taxed accordingly. The new tax bracket increases the federal levy on amounts over $200,000 by four per cent, presenting a new challenge to estate planners.

After age 71, Tax-Free Savings Accounts are the primary tax shelters available to mature Canadians. That’s why many people cheered when the Harper government raised the contribution limit on the plans to $10,000 in the 2015 budget. Unfortunately, the increase lasted only a year. Within weeks of taking office, the Liberals rolled it back to $5,500 annually, effective in 2016. If you didn’t take advantage of the $10,000 limit last year, you can still do so, however. Any unused contribution room is carried forward to subsequent years, so it’s still available.

Gordon Pape is the editor and publisher of the Internet Wealth Builder and Income Investor newsletters, To subscribe, go to his website at www.buildingwealth.ca/subscribe.