Two Oil Companies That Have Not Cut Their Dividend 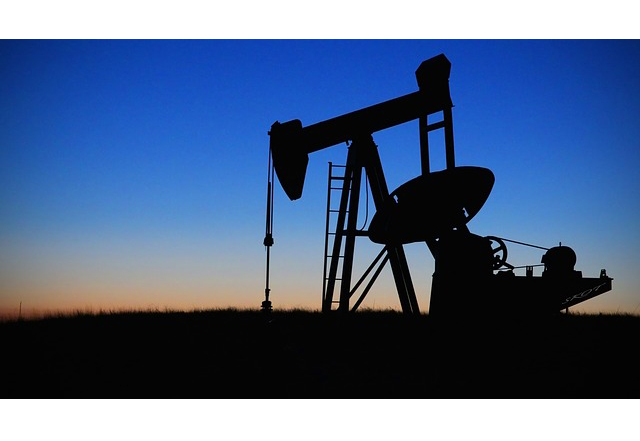 It has been a brutal couple of years for income investors who hold oil stocks in their portfolios. Almost all these companies cut their dividend in the wake of plunging oil prices and a few even eliminated them entirely.

However, there are a few oil producers who have maintained their payouts, despite the squeeze on their bottom lines from lower revenue. Here are two that I have recommended in my Internet Wealth Builder newsletter.

Background: Suncor is a Canadian-based global energy company. It is a major player in the oil sands but also owns overseas assets acquired some years ago when it merged with Petro-Canada. It also has a wind generation portfolio and owns the largest biofuels plant in the country.

Stock performance: After bouncing around in the $35 range for most of the summer, Suncor shares moved sharply higher in October as reports of an OPEC production freeze drove oil prices above US$50. However, the stock has since pulled back as the price of oil fell on concerns that the OPEC countries may be unable to reach a deal on allocations.

The company’s acquisition of Canadian Oil Sands earlier this year has started to pay dividends. COS had previously been the largest stakeholder in the Syncrude project, a role now taken over by Suncor. Suncor’s Syncrude production increased to 183,800 barrels per day (bbls/d) from 28,100 bbls/d in the prior year quarter, as a result of the company’s additional working interests combined with improved upgrader reliability. Especially important in this low price environment is the fact cash costs per barrel at Syncrude decreased to $27.65 from $41.65 in the prior year quarter.

Suncor’s total upstream production was 728,100 barrels of oil equivalent per day (boe/d) in the quarter, compared with 566,100 boe/d the year before. This was primarily due to the additional 41.74 per cent ownership interest in Syncrude.

The share price reached a 12-month high of $42.14 in the week following the financial release before pulling back to the current level.

Dividend: The stock pays a dividend of $0.29 per quarter ($1.16 annually) to yield 2.9 per cent at the current price. The company actually raised the quarterly payment by a penny last year, despite the drop in oil prices.

Outlook: The company’s success in cutting production costs is a significant achievement at this point in the cycle. But the key to 2017 profitability will be an uptrend in the price of oil and that is unpredictable at this point.

Background: Vermillion Energy is an exploration and production company based in Calgary. It has over 60 per cent weighting in oil and exposure to Brent-linked pricing. In 2015, it produced 54,922 barrels of oil equivalent per day (boe/d). VET has internationally diversified assets with properties in Canada, France, Australia, Germany, Ireland, and the Netherlands. The company is an efficient operator and has strong growth prospects in the medium-to-long-term. Management and directors own about 5 per cent of the company’s shares.

Stock performance: As with Suncor, we saw a nice upward move in October, followed by a modest retreat on worries about whether the OPEC deal will go through.

Recent developments: The company released third-quarter financial results on Oct. 31 and they came in better than expected. Fund flows from operations (FFO) came in at $141million ($1.21 per share), an increase of 11 per cent quarter-over-quarter. This was primarily attributable to higher sales volumes in Australia, France, and Ireland, and stronger natural gas prices in Canada. Year-over-year, FFO increased by 9 per cent compared to the same period last year as revenue from Ireland, coupled with lower operating expenses, taxes and royalties, more than offset lower commodity prices.

However, the company continues to report a loss on the bottom line although the situation is gradually improving. The third-quarter deficit was $14.8 million ($0.12 per share), down from a loss of $83.3 million ($0.76 per share) in the same quarter last year.

Total production, expressed in barrels of oil equivalent per day (boe/d) was 63,596, down slightly from the second quarter but up 13 per cent from the same quarter last year. The year-over-year boost was aided by strong output of 9,879 boe/d from the company’s six natural gas wells in Ireland.

Dividend: The stock continues to pay a monthly dividend of $0.215 per share ($2.58 per year). The company has a thirteen-year record of continuous monthly dividends. It increased the dividend three times during that period and, unlike most other oil companies, has never decreased it. However, the discount given to investors who buy new shares through the dividend reinvestment plan is being reduced to 2 per cent from the current 3 per cent.

What others say: According to Zacks Investment Research, brokers following the stock rate it at 1.7 on a scale of one to five, with one being Strong Buy and five being Sell.

Ask your financial advisor if either of these stocks is suitable for your portfolio.

Disclosure: I own shares of Suncor.