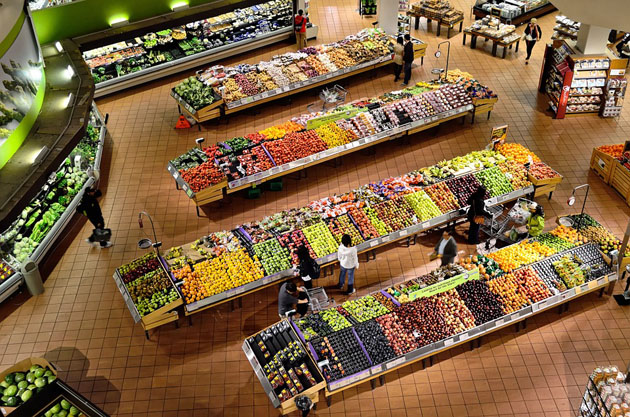 Gordon Pape has the scoop on B&G, a New Jersey-based company that manufactures and sells a diversified portfolio of foods.

In April of 2014, I recommended that readers of my Income Investor newsletter buy shares in B&G Foods (NYSE: BGS), a U.S. manufacturer and distributor of a range of grocery products. The shares were trading at the time at $31.21 (all figures in U.S. dollars).

B&G is a New Jersey-based company that manufactures and sells a diversified portfolio of high-quality, shelf-stable foods across the U.S., Canada, and Puerto Rico. Its products include such recognizable brands as Baker’s Joy, Cream of Wheat, Sugar Twin, and Static Guard.

In the fall of 2015, the company announced that it was acquiring the Green Giant product line from General Mills at a price of $765 million. The market initially shrugged at the purchase and the stock continued to limp along in the $30 range.

However, after the company announced first-quarter results in early May, investors began to pay attention. Sales were up 63 per cent to $353 million and net income per share jumped 55 per cent from the year before, to $0.56.

Donald Trump won’t like to hear this but CEO Robert C. Cantwell said much of the profit was attributable to switching some of the production to a lower cost plant in Mexico. “We’re just making a lot more money coming out of that plant, and we are seeing synergies,” he said on a conference call.

The share price jumped to the high $30 range on the news and stayed there until mid-summer. After a strong second-quarter report in July, the price shot up again, reaching an all-time high of $52.84 at the end of that month.

I reviewed the stock during that run and advised readers it was running too far, too fast. I downgraded my rating to hold, based on the high price and I suggested avoiding new purchases at that time.

The share price has since pulled back, dropping below $40 after the company released third-quarter financial results on Oct. 27, although it has since rallied a bit.

Those third-quarter financials looked good on the surface, but they were achieved despite a poor performance in the company’s base business. Sales were up 49.2 per cent, to $318.2 million, of which $113.8 million came from Green Giant products. Net income came in at $32.4 million ($0.50 per share, fully diluted), up from $19.8 million ($0.34 per share) in the same period last year.

“Our third quarter results reflect very strong profitability, as demonstrated by our adjusted EBITDA and adjusted diluted earnings per share, despite the overall poor sales performance of our base business,” said Mr. Cantwell. “Reversing the base business net sales decline is a high priority for the entire B&G Foods leadership team, and we are working extremely hard to flatten out the recent base business sales trend in the first half of 2017.”

He added that the integration of Green Giant into the company’s product line is now complete, although he said there may be some “growing pains” still to come.

This company has some problems but I am impressed by the fact that net earnings per share now significantly exceed dividends paid, which was not the case a year ago. The pullback in the share price, combined with the dividend increase, make this stock attractive again, but only for investors who are prepared to assume the risk involved.

Ask your financial advisor if B&G is suitable for your account.