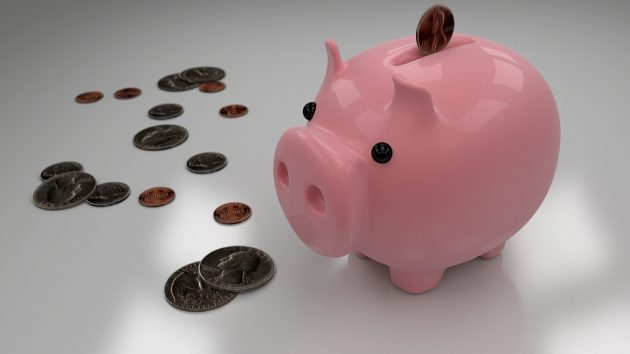 Two of my recommended U.S. bank stocks released their year-end results recently. One blew by analysts’ estimates with a year-over-year earnings gain of 24 per cent. The other left investors deeply disappointed, posting a profit drop of 5.4 per cent from the year before.

Banks are expected to be among the main beneficiaries of the new era of rising interest rates, increased inflation, and deregulation that is expected under the Trump administration. JPMorgan Chase (NYSE: JPM), the largest U.S. bank by assets, is already starting to reap the benefits of the new climate.

The surprise market surge that followed Donald Trump’s upset election victory was a prime contributor to the fourth-quarter gains. The company’s Corporate and Investment Bank showed a 20 per cent increase in net revenue to almost $8.5 billion, while profit almost doubled to $3.4 billion, from $1.7 billion in 2015. Also contributing to the profit gain was a reduction in JPM’s provision for credit losses, which dropped to $864 million from $1.3 billion previously.

Rising interest rates are expected to benefit all the banks because they enhance the spread between how much interest a bank pays on deposits and how much it can collect on its loans. The wider the spread, the more money the bank earns.

JPMorgan is on record as saying a 1 per cent increase in rates will add $3 billion in loan profits over a year. Fourth-quarter results began to reflect that, with net interest income up 5 per cent to $12.1 billion, primarily driven by loan growth and the impact of higher rates. If the Federal Reserve Board raises its key rate three more times this year, as expected, JPM’s net interest income will continue to benefit.

For the negative side of the banking story, let’s look at Wells Fargo (NYSE: WFC). This company has been embroiled in a scandal involving the fraudulent opening of some two million accounts as employees tried every trick in the book to make unrealistic sales quotas. In the aftermath, the CEO was roundly condemned before a Congressional committee and eventually resigned.

The company’s fourth-quarter report, the first full quarter since the scandal became public, clearly showed that the public was paying attention. The Community Banking segment, which was the division of the company responsible for the fake accounts, saw a year-over-year drop in revenue of 5.4 per cent, to $11.7 billion from $12.3 billion in 2015. Net income was $2.7 billion, off 13.8 per cent from a year ago. Credit card applications plunged 43 per cent from the year before.

The new CEO, Tim Sloan, tried to put a positive spin on the dreary results. “We continued to make progress in the fourth quarter in rebuilding the trust of our customers, team members, and other key stakeholders,” he said. “I am pleased with the progress we have made in customer remediation, the ongoing review of sales practices across the company, and fulfilling our regulatory requirements for sales practices matters.

“As planned, we launched our new Retail Bank compensation program this month, which is based on building lifelong relationships with our customers. While we have more work to do, I am proud of the effort of our entire team to make things right for our customers and team members and to continue building a better Wells Fargo for the future.”

Wells Fargo’s stock price has rebounded from the low of $43.55 it reached in October after the news broke of the fraudulent accounts. But it’s lagging well behind its competitors in terms of investor enthusiasm. Shares in JPM are up 59 per cent from the 52-week low of $52.50, while those of WFC have gained only 26 per cent.

It’s going to take some time before Wells Fargo is able to regain public confidence, which is essential for a retail-oriented bank. In the meantime, there are much better banking opportunities out there.