Money Smarts: A Look Into The Underrated “Steadyhand” Funds 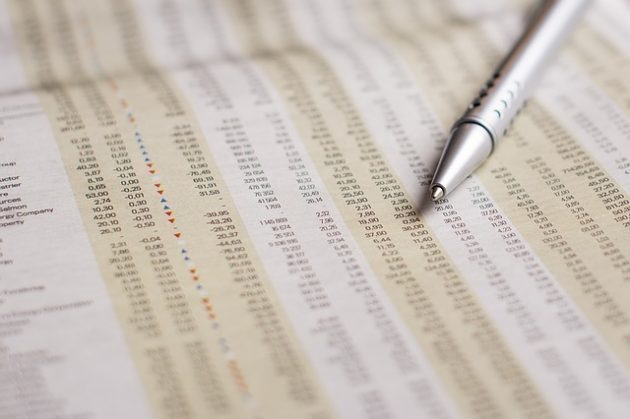 If you’re a mutual fund investor, this is a company you should know about, especially if your taste runs to conservative portfolios, low fees, and good service.

The Steadyhand funds are celebrating their tenth birthday this year.

Who are they, you may ask. The company is not exactly a household name among investors. RBC, CI, TD, Investors Group – most people know about them. But this tiny boutique house based in Vancouver flies under the radar. Steadyhand doesn’t spend a lot of money on marketing and, because they don’t pay trailer fees, a lot of brokers won’t recommend their products.

But if you’re a mutual fund investor, this is a company you should know about, especially if your taste runs to conservative portfolios, low fees, and good service. That’s what this Steadyhand has to offer. Nothing flashy, just common sense, low-risk investing.

Only about 3,000 Canadian have accounts with the company, which has assets under management of a little over $640 million – piddling by fund industry standards.

But those who have discovered Steadyhand’s small line-up of six funds should be very pleased with the results. The Equity Fund was showing a 10-year average annual compound rate of return of 6.6 per cent to Feb. 28, almost double the category average of 3.1 per cent. The Small Cap Equity Fund was at a little over 6 per cent compared to an average of 3.8 per cent. It’s the same story with all the other funds – they’re beating the averages in their categories for ten years, or five in the case of the Founder’s Fund and the Global Equity Fund, which were created later.

The company is the brainchild of Tom Bradley, who is the CEO and co-founder with COO Neil Jenson. Bradley, whose thoughtful columns appear regularly in The Globe and Mail, was previously the head of Phillips, Hager & North, now owned by RBC. Steadyhand is in some ways an offspring of what that PH&N used to be: low cost, high performance, and conservative.

One of the big differences is that Steadyhand does not have an in-house team of analysts and managers. All the funds are run by third-party companies that have been carefully selected for their discipline (Steadyhand portfolios typically contain only 20-30 securities), low turnover, and ability to think outside the box.

The one exception is Bradley himself, who handles the Steadyhand Founder’s Fund. Here are some details about it.

Background: This is a portfolio fund that invests in the five funds offered by the company. Tom Bradley determines the composition of the portfolio, using a tactical asset allocation approach. As of the start of this year, 60 per cent of the assets were in stocks, 23 per cent in bonds, and 17 per cent in cash.

Fund performance: Over the year to Feb. 28, the fund gained 11.2 per cent, slightly less than the category average. The five-year average annual compound rate of return, was 7.35 per cent, about one percentage point better than the average.

Distributions: Investors received $0.32 per unit in four quarterly distributions in 2016. That translates into a yield of 2.4 per cent at the current price.

Key metrics: This is a small fund but it’s growing. At year-end, it had $319 million in assets under management, compared with about $289 million at the end of September. The MER is a very reasonable 1.34 per cent. You’ll need a minimum initial investment of $10,000 to take a position.

Analysis: Steadyhand has built its reputation on low fees and a conservative style. The fund’s asset mix is low risk and should minimize losses in the event of a market crash.

Outlook: I expect this fund to continue to deliver returns in the 5 per cent to 7 per cent range. It’s a very good choice for low-risk investors. I own units in my personal account.

Caveat: The Steadyhand funds are not available to investors in the Territories or in provinces east of Ontario. Blame it on the lack of a national securities regulator. The cost of registering the funds in small jurisdictions simply doesn’t make economic sense, Bradley explained to me a couple of years ago. So if you don’t live in a big province, you’re out of luck.

Disclosure: I own units in the Income Fund and Founder’s Fund.