Stock Smarts: Why ETFs Might Be Right For You 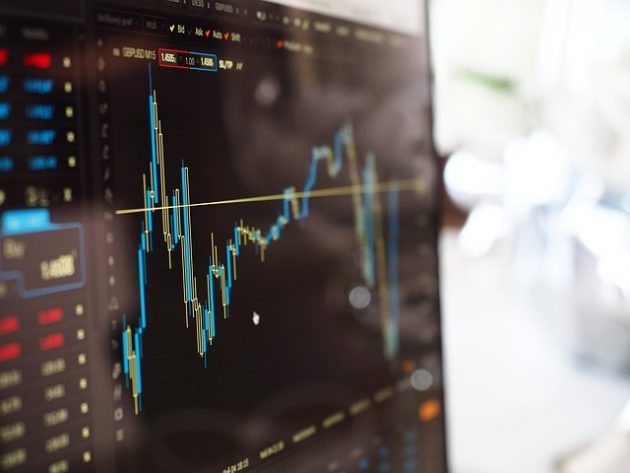 Wealth management companies can no longer ignore the rapid growth of ETFs. Here’s all you need to know about them and why they might be right for you.

If you can’t beat them, join them.

That’s the approach being taken by a growing number of traditional mutual fund companies as they expand into the ETF (exchange-traded funds) business.

Mackenzie Financial, AGF, Dynamic, RBC, and TD have all launched new ETFs in the past couple of years. In April, Manulife and Desjardins entered the field. Fidelity has started an ETF line in the U.S. and it’s probably only a matter of time until Fidelity Canada does the same. During March and April, 24 new ETFs were launched in this country.

Mutual funds still dominate in terms of assets under management (AUM) by a wide margin. As of the end of April, the ETF industry reported AUM of $126.3 billion. That was up $3.3 billion from the previous month. The traditional mutual funds business is more than 10 times as big, with assets of $1.39 trillion as of the end of March. You might think the mutual fund companies would just dismiss ETFs as a bothersome fly.

But ETFs are growing at a faster rate and no wealth management company can ignore that for long. At the end of 2006, Canadians had only invested $15.2 billion in ETFs. A decade later, that figure was $113.6 billion. That’s an annualized growth rate of more than 22 per cent.

Investors are opting for ETFs for three reasons. First, they are relatively easy to understand. Second, they are cheap – some funds charge management fees of less than one-tenth of a per cent. Third, they are liquid. You can buy or sell at any time either on-line or by calling your broker.

But how do they fare in investment terms? We keep reading stories about how index funds continually outperform actively managed funds. Is that really the case? I did an analysis of three of the most popular ETFs and this is what I found.

Canadian equity funds: The most widely held ETF that tracks the full TSX Composite is the iShares S&P/TSX Capped Composite Index ETF (TSX: XIC) with assets of more than $3 billion. It has been around since 2001, so we have a decent track record with which to work. As of April 30, this ETF was showing a 10-year average annual compound rate of return of 4.34 per cent. That is much better than the 3.18 per cent average for the Canadian Equity category, as reported by GlobeFund, which comprises both mutual funds and ETFs.

(Note that I did not included F-series funds or those with unusually high minimum investment requirements in this analysis.)

U.S. equity funds: The iShares Core S&P 500 Index C$-Hedged ETF (TSX: XSP) is the leader here in terms of assets at $4.1 billion. However, the falling loonie has compromised its returns, which averaged only 9.81 per cent over the past three years. There is a smaller unhedged version of this fund that trades under the symbol XUS. It shows a three-year average annual gain of 18.37 per cent.

That’s almost the same as the BMO S&P 500 Index ETF (TSX: ZSP), which is the largest unhedged U.S. equity ETF. It has a three-year average annual compound rate of return of 18.35 per cent.

To compare these to actively managed funds on an apples-to-apples basis, we need to take currency variations into account. The return on the both the unhedged ETFs is impressive and there are only a few U.S. dollar-denominated mutual funds with the same general mandate that beat them. They include the TD U.S. Blue Chip Equity Fund (+19.33 per cent over three years), the Beutel Goodman American Equity Fund (+18.9 per cent), the CIBC American Equity Fund (+18.72 per cent), and the Mackenzie U.S. Dividend Fund (18.55 per cent).

Global equity funds: The BMO MSCI EAFE Index ETF (TSX: ZEA) is the leader here in assets under management. It tracks the performance of large and mid-cap stocks in countries around the globe except the U.S. and Canada. It recently passed its third anniversary and showed an average annual compound rate of return of 8.39 per cent over the three years to April 30. That is comfortably ahead of the group average for the International Equity category of 7.09 per cent but there were several actively managed mutual funds that bettered it by a wide margin.

One of the most impressive was the Trimark International Companies Fund, which posted a three-year average annual compound rate of return of 14.51 per cent. This was despite having a much higher management expense ratio of 2.98 per cent compared to only 0.22 per cent for ZEA. Sometimes you do get what you pay for.

The bottom line: Based on this small sample, ETFs are doing the job for investors. Unless you are very skilled (and lucky) at picking actively managed mutual funds, you will probably do as well or better by investing in a comparable ETF. If you want to know why this segment of the wealth management industry is growing so fast, there’s your answer.