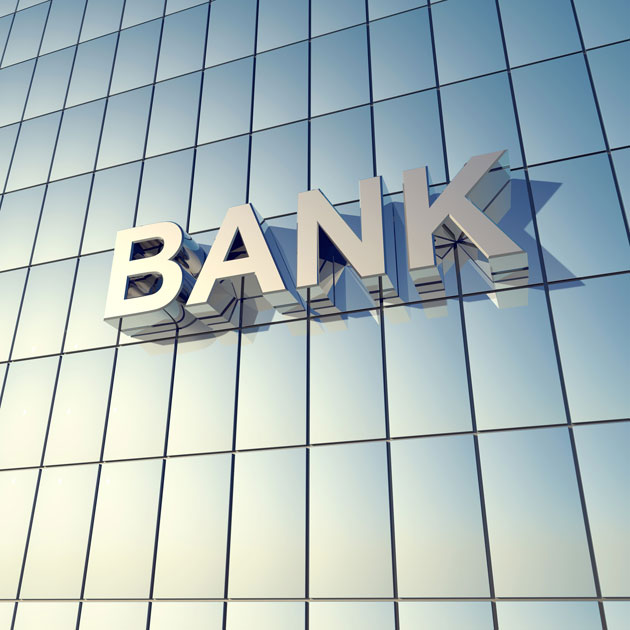 When most of us go about our daily banking, without really thinking about what happens to our money. We deposit our cheques, invest in a GIC or pay our mortgages with the comfort that our money is safe and secure. But seldom do we consider the mechanics of the banking system, such as where our money is invested and what ventures it supports.

Paul Allard and Andy Krupski want to change all that. This pair of disruptors ran into each other a few years ago and realized they had similar goals. Allard, from Montreal, Krupski, from Toronto, wanted to make two changes in the financial industry: a) change the ways banks do business and b) change the way customers interface with their banks.

That’s the concept behind impak Finance – an enterprise that isn’t only in the business of making money but also wants to help individuals and companies improve the world.

Changing an entrenched industry like the banking sector is a lofty dream. Allard and Krupski spoke recently at ideacity 2017. Here’s their story:

Allard and Krupski came to the financial world from diverse backgrounds. Krupski ran Sprint Canada before moving into the marketing and communications field, with The Hive. Allard’s path was more eclectic: he studied music and engineering, became a stage performer (touring with Les Miserables) before becoming highly successful in the world of tech start-ups, including Engagement Labs. Both were doing well in their fields. Yet both felt something was missing.

Allard: “I was seeking something with more purpose. I wanted to combine my entrepreneurial skills with my knowledge of tech but to give a purpose to all of it.”

When they bumped into each other, they batted around ideas before eventually settling on transforming the banking industry.

Krupski: “About two years ago, I was studying the financial business trying to understand how Millennials are interfacing with their banks and a lot of the research coming out was that they were distrustful ­ – the financial institutions were certainly safe (especially here in Canada) but their motivations were questionable, especially with the amount of money they were making.”

Allard: “Through my work raising money through investment bankers, I got really interested in understanding the mechanics of the financial economy. And the more I read, the more and more pissed off I became. I read all the thought leaders and I began to understand that banks don’t work for most of the people on the planet.”

This led to the novel idea of not trying to take on the big banks but to offer an alternative to the way banks carry out their business. Traditionally, financial institutions take your deposits and much of it is invested in complex financial vehicles (derivatives, hedge funds, financing transactions) that have nothing to do with the real economy. While bank profits are massive, their motivation is solely to make profit, not improve the world. Both men saw an opportunity to change this construct.

Krupski: “The big banks have the ability to leverage money. There’s a lot of money swirling around but not enough of it is going into the real economy.”

Working on this premise, the two helped launch impak Finance, an enterprise that lends money to companies making an impact on the world, the so-called impact economy. The mission: to connect savers and investors who dream of a better world with entrepreneurs and companies working for its sustainable transformation. The idea is to empower investors to direct their money towards meaningful ventures that not only make a profit but also are good for the world. Over the next few years, impak will launch a fund that invests in companies that want to change the world. And down the road, a retail bank where customers can direct their savings into worthwile investing opportunities that are in keeping with their values.

Krupski: “Our guiding philosophy is the Triple Bottom Line: People, Planet Profit. It’s intentional that profit comes last. Profit is obviously a goal but it’s not the first motivator. Our shareholders will be different than usual bank shareholders and won’t have to live in the profit world.”

Allard: “I looked at something that would truly be transformative: a financial institution that rethinks the banking experience. And the relationship a citizen has with his money and how his money can make a difference. How you can not only put your money in the bank but also use it as a power for good.”

But what exactly is the impact economy? Here is how the United Nations defines it. On a local level, how does this concept play out? And what are some examples of companies that form part from impact economy?

Krupski: “First and foremost, it’s the real economy. That is, small businesses, environmental companies, organic farmers, sustainable companies, housing for the poor, education. In short, companies that are fundamentally making a change in the world.”

The cause is indeed a worthy one but there is some concern that the sector is big enough to produce competitive returns on investment. Are there models out there right now? And how big is the impact economy worldwide?

Allard: “Triodos Bank in the Netherlands is an example of a financial institution that’s figured it out. They are a different bank, 100 per cent transparent, they invest in the real and impact economy. And, they’re the only bank in the world that didn’t lose one penny in the crash of 2008. They were invested in the real economy and in an economy which is more stable.”

Kurpski: “There’s a lot of research coming out on the growth of the impact economy. The World Economic Forum claims that by 2020, the potential size of the impact investing market could be as much as 1 trillion dollars.”

While many older investors may not love everything about traditional banks, they like the peace of mind these institutions provide – they’re safe, secure and able to offer consistent returns on investment. The big question is whether older Canadians will stick with the big banks? Would a venture like impak Finance only appeal to millennials?

Krupski: “The values we’re promoting aren’t necessarily limited to millennials. There’s this whole notion that we have to do something. And no matter what government is in power is unable to do it. The values that we’re espousing – transparency and collaboration – has a broader attaraction and appeal.”

Allard: “If we’re competitive in terms of return and service, and we’re lower cost, we’ll see older Canadians jump in. If their children or peers start jumping on board, they will too. The same phenomenon happened with facebook.”

Financial technology will play a key role in allowing impak to disrupt the traditional banking model.

Krupski: “Using the latest financial technology [fintech] we’re working on a platform that will allow customers to make decision on where impak directs their money. For example, As an investment opportunity comes in, we will alert customers who will then give their permission to put their leveraged money into that investment.”

Allard: “impak is developing financial services that will use technology to improve the experience with in your financial ecosystem. It will be an online network of enterprises [in the impact sector] that will link with citizens as well as with capital partners which have an interest in investing in the impact economy.

When impak Finance launched its first equity campaign last October, they raised close to a half million  dollars, the largest amount ever using equity crowdfunding in Canada. Did that initial favourable response shock them?

Allard: “Yes, we were both surprised. Andy more so…He was like ‘whoa!!’ There was so much interest we broke the platform. We saw the numbers and were astonished. It showed us the demand is definitely there. Plus it generated a lot of press.

So what’s next for the two newly minted financiers? How will the measure success of their transformative venture?

Krupski: “We’ll launch our impak debt fund [the objective is to grant loans to approximately twenty impact SMEs in 2017, and more thereafter.] by the fall of this year. And by the end of next year, we hope to launch a purely digital bank.”

Allard: “40,000 customers would be a huge success. If it goes viral and takes off, reaching 100,000 customers in five years would be a very conservative estimate. It could go nowhere, too. But I don’t think so. It’s up to people to make t he rules and transform them. If they decide they support this project, imagine where this could go.”

Andy Krupski and Paul Allard  recently appeared at the ideacity conference (June 14, 15 and 16) in Toronto on June 14, 2017. For more information on the conference, visit www.ideacity.ca/ideacity-2017/.