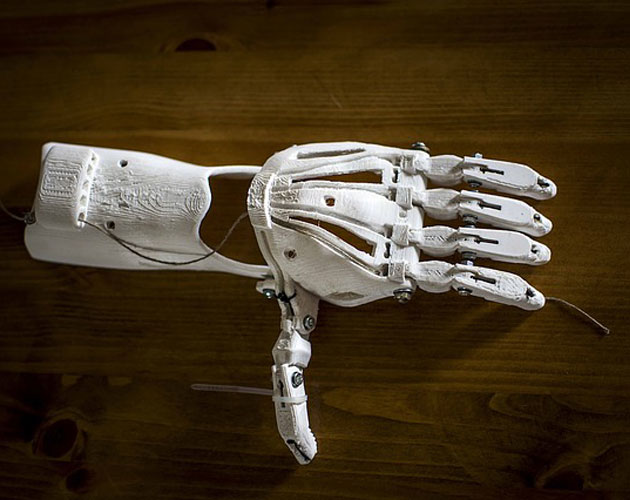 New technology is ushering in a fourth industrial revolution and with changes in the economy, adjusting your investments is crucial.

The world is changing at a rate that most of us cannot comprehend. It’s been called the Fourth Industrial Revolution and, like those that have gone before, it is ushering in new technologies, creating new forms of wealth, and costing some people their jobs.

Klaus Schwab, founder and executive chairman of the World Economic Forum, described it in an article published last year as being “characterized by a fusion of technologies that is blurring the lines between the physical, digital, and biological spheres”.

He wrote: “The speed of current breakthroughs has no historical precedent. When compared with previous industrial revolutions, the Fourth is evolving at an exponential rather than a linear pace. Moreover, it is disrupting almost every industry in every country. And the breadth and depth of these changes herald the transformation of entire systems of production, management, and governance.”

The realities of such rapid change are at the core of the forces that brought Donald Trump to power. Mr. Schwab describes it as “a job market with a strong demand at the high and low ends, but a hollowing out of the middle”.

He sums it up this way: “This helps explain why so many workers are disillusioned and fearful that their own real incomes and those of their children will continue to stagnate. It also helps explain why middle classes around the world are increasingly experiencing a pervasive sense of dissatisfaction and unfairness. A winner-takes-all economy that offers only limited access to the middle class is a recipe for democratic malaise and dereliction.”

These words were written before the Brexit vote and the U.S. election!

This new Industrial Revolution is just getting started. It will continue for many years to come, bringing with it both opportunity and disruption. Nothing we do will stop it. Rather, we need to recognize what is taking place and adjust our investment strategies accordingly.

To that end, I’ve been researching companies that are future leaders in the new technologies that will shape the lives of future generations. Click through below.

One of them is ABB Group, a Swedish-Swiss company based in Zurich that trades as an American Depository Receipt on the New York Stock Exchange under the symbol ABB.

ABB can trace its history back to the late 19th century, employs 132,000 people worldwide, and ranks at number 286 in revenue terms on the Fortune 500 list. The company is a world leader in robotics, industrial automation, clean energy, and software development. It is the world’s largest builder of electricity grids, a leading maker of electric car infrastructure, and a manufacturer of solar power equipment.

ABB has an active presence in Canada. Last month it opened a $90 million state-of-the-art Canadian headquarters in Montreal. Campus Montreal, as the company calls it, houses the company’s North American Centre of Excellence in E-Mobility. It will support the development of “environmentally friendly, energy-efficient transport networks, including electric buses and trains, and will bring together transit operators, power utilities and engineering experts to address challenges related to building smart cities and sustainable mobility solutions for Canada”.

The company recently reported first-quarter results that showed a 45 per cent year-over-year increase in net income to $724 million ($0.34 per share, results in U.S. dollars). Revenue was $7.85 billion, up 3 per cent in constant currency terms, while cash flow from operating activities was ahead 102 per cent over last year, to $509 million.

Potential investors need to recognize that this is a mature company that will not display the growth characteristics of new high tech companies like Apple, Facebook, Alphabet, Amazon, etc. However, it’s significant that the best results in the quarter came from the Robotics and Motion Division, which saw a 7 per cent increase in orders (comparable currency) and a 5 per cent jump in revenue.

The company continues to grow by acquisition. In April, it bought Bernecker & Rainer (B&R), an Austrian industrial automation company for a price rumoured to be about $2 billion. B&R has annual sales of about $600 million.

ABB also recently announced that it is partnering with IBM’s Watson Internet of Things to develop new technologies that will help companies improve quality control, reduce downtime, and increase the speed and yield of industrial processes.

“ABB and IBM will leverage Watson’s artificial intelligence to help find defects via real-time production images that are captured through an ABB system, and then analyzed using IBM Watson IoT for Manufacturing,” the press release said.

“Previously these inspections were done manually, which was often a slow and error-prone process. By bringing the power of Watson’s real time cognitive insights directly to the shop floor in combination with ABB’s industrial automation technology, companies will be better equipped to increase the volume flowing through their production lines while improving accuracy and consistency.

“As parts flow through the manufacturing process, the solution will alert the manufacturer to critical faults – not visible to the human eye – in the quality of assembly. This enables fast intervention from quality control experts.”

While it may not have the glamour of the Silicon Valley companies, ABB is well positioned for future growth as the Fourth Industrial Revolution takes hold. The ADS shares pay an annual dividend. The most recent payout was US$0.755 per unit in April for a yield of 3.1 per cent based on a recent price of US$24.66.

The trailing 12-months p/e ratio is on the high side at 25.4, with a forward p/e of 18.2. However, the shares have been in an upward trend since the start of the year and have now moved well above the 50- and 200-day moving averages.

Ask your financial advisor if this stock is suitable for your portfolio.