Scams & Frauds: How to Protect Yourself 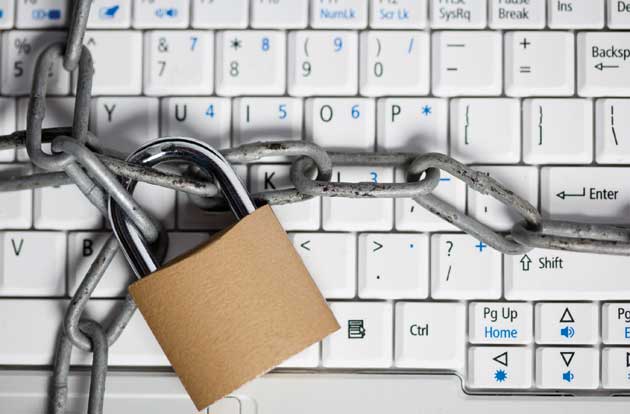 Here, our top tips for fending off the scammers.

“Made a trip to Dundee, U.K., and had my bag stolen from me with my passport and personal effects therein. The embassy is willing to help by letting me fly without my passport. I just have to pay for a ticket and settle hotel bills. Unfortunately for me, I can’t have access to funds. I’ve made contact with my bank, but they need more time to come up with a new one. I was thinking of asking you to lend me some quick funds that I can give back as soon as I get in. I really need to be on the next available flight.”

How many would say no to an urgent email request like this one, especially if it came from a family member, friend or colleague? Who wouldn’t rush out to Western Union and transfer some cash to the poor stranded victim?

RELATED: 8 Scams to Watch Out For

When I received this email from a colleague several months ago, I seriously pondered following through and wiring her money. But something about the missive struck me as not entirely legit – it was written in a peculiar style with odd grammatical errors. It just didn’t ring true.

When I found out the purported emergency email from my “fellow worker” had been sent to everyone in the office, I got suspicious. And then the penny dropped – her email account had been hacked and it was a bogus request sent by a bunch of Scottish-based scammers who were waiting at the other end to receive the funds. Nice try, laddies.

While I avoided falling victim to the latest email scam making the rounds, it was a close call. Every year, more than 15,000 Canadians lose millions to ruthless online, email, telephone or door-to-door hustlers. It’s so ubiquitous, in fact, that one of the characters in Will Ferguson’s 2012 Giller-winning novel, 419, has his bank accounts emptied after falling prey to the Nigerian Letter Internet scam.

Conventional wisdom suggests older people are easier targets for scams. Is this true? Shelley Taylor, a psychologist at the University of California Los Angeles, studied the brain reactions of younger versus older people when confronted by a possible fraudster. She found that the anterior insula (the “fear centre” of our brain) was more active in younger people than those over 55. “[Older adults’] brains are not saying ‘be wary’ as the brains of the younger adults are,” Taylor concluded.

Capitalizing on the physiological advantage, scammers hone in on older victims who may lack the ability to recognize a scam. And along with their willingness to believe in a golden opportunity to make a few dollars, it’s a bad combination.

Other than always saying no to every offer and using your common sense to decline opportunities that seem too good to be true, your best chance at fending off scammers is to hone your radar to detect their telltale tactics.

Click through to read some of their best-known cons.

“You’ve won $100,000!” You don’t recall entering but, hey, times are tough, and that money’s going to come in handy. Oh wait, before
you can claim your prize, you either have to pay an upfront fee or send your banking info so it can be deposited into your account. No legitimate Canadian lottery works this way. In fact, it’s a scam. These prize thieves want your banking info to clean out your account. Say no to random windfalls.

“You’ve inherited $100,000!” Based on the fake lottery scam, you receive an email about a long-lost cousin who’s passed away – bless his soul – leaving you a healthy bequest. But first, you must transfer an inheritance tax to this dubious estate and send along your bank info so the money can be deposited into your account. The only thing you’ll likely inherit is the pain, embarrassment and frustration of having your money stolen.

“Please update your account” Why is your phone company sending you an email to “validate,” “update” or “confirm” your bank account information? It’s unlikely any company would make this request. Instead, it’s an email linking to a fake site that’s copied the look and logo of your phone company. By updating your account info, you’re just providing these thieves with the means to pilfer your account or, worse, to steal your identity and begin making purchases, taking out loans, ordering credit cards – even obtaining a mortgage in your name. The scheme is called phishing and, to avoid getting hooked, delete the email or, better yet, forward it to the real company.

“Want to buy some cheap drugs?” Your arthritis has been flaring up recently but you really can’t afford to pay the cost of the drug at your local pharmacy. You receive an email from a valid-sounding online pharmacy offering cut-rate medication – without the hassle of getting a doctor’s prescription. It’s likely an under-the-counter drug dealer who will happily accept your money and may even send you pills that resemble your desired medication. Yes, legal online pharmacies do exist, but while they may be cheaper than the bricks-and-mortar variety, they always will require a physician’s order.

“It’s for a good cause” The lowest of all deceits, the charity scam is not only brazenly dishonest but also detracts from the good name of recognized charities. Often taking advantage of recent disaster, a telemarketer will contact you asking to help out relief efforts. While they’ll often cite an organization that sounds legitimate, they’ll give only the sketchiest details about how the money will be used and always use high-pressure tactics in an effort to guilt you into giving. Do not give cash, credit card or banking information over the phone. Ask the caller for their name and a number to contact the organization. Tell him you’ll gladly donate once you’ve contacted the charity to learn more about its work. Odds are, by that point, the caller will have hung up and already started speed-dialing his next victim.

“Make big bucks working from home!” These email offers always sound intriguing, especially the email testament of Kathy from Kamloops who made enough money working part-time to pay off her mortgage and start a hedge fund on the side. In reality, your job will be cold-calling people to recruit victims – er, investors – for a pyramid or Ponzi scheme. For every wealthy investor you bring on board, you’ll be paid a commission. Once you get enough people to buy in on the first level, the rest is easy. The early investors are paid off with the money pulled in by other newcomers, who are in turn paid off by new money from the next round of unsuspecting speculators. Sounds great at first but, inevitably, the whole thing starts going off the rails, lives are ruined, investment regulators are called, jail terms are decided upon and you end up being mentioned in the same breath as Bernie Madoff.

RELATED: How to Spot Work-At-Home Scams

“Clean your eaves?” It’s autumn. The leaves are falling, creating a rich tapestry of colour on the ground – and a clogging mess of debris in your drainpipes. Knocking at your door is a young man, who claims to live in the neighbourhood, offering to clean your eaves for a fair price. He puts up his ladder, returns an hour later asking for his fee and departs without removing one leaf from the gutter. This common home repair scam also works with cleaning windows, repairing chimneys or fixing a leaky roof.

If you suspect you’re a target of a scam, the best way to shut it down is to report it.

— Check out the organization contacting you with the Better Business Bureau (www.bbb.org/canada).

— Report the event to the Canadian Anti-Fraud centre.