A Capital Idea: Why We Should Amend the Tax Law 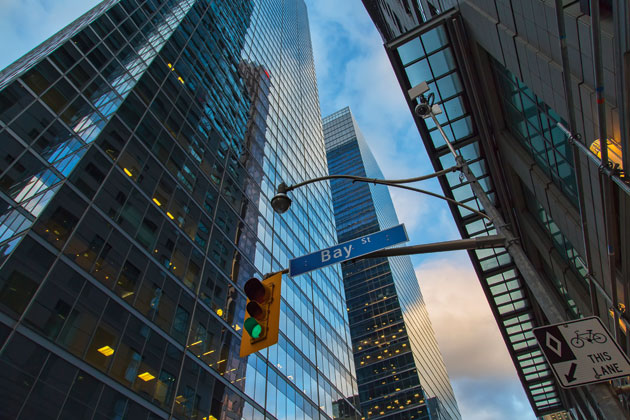 Amending tax law could be a boon for charity groups.

How desperate is the federal government to increase tax revenues? Desperate enough to divert into its own coffers money that many Canadians would prefer to donate to charity.

A little backgrounder. In 2015, the Harper government proposed changes that would have eliminated the capital gains tax in cases where private corporations disposed of shares or real estate and donated the proceeds to qualified charities within 30 days. It was an overdue amendment. Public corporations have been able to do this for nearly two decades. The proposal was unique in one way though; it was supported by all parties in the House of Commons, including the then-opposition Liberals. However, the charitable-works community was pretty much blindsided when the proposed changes were absent from incoming Finance Minister Bill Morneau’s 2016 budget.

“I was surprised and very disappointed,” says Donald K. Johnson, a philanthropist and BMO banking executive who received the Order of Canada in 2005 for his charitable efforts. He feels that without the changes, charities could be deprived of as much as $200 million annually. “This is money they can certainly use, particularly hospitals, because the cost of health care is rising exponentially as people get older and require more medical care,” he says.

Critics of the proposed changes argue that, in addition to costing the government too much revenue, they would be subject to manipulation by unscrupulous pseudo-donors who could use the new rules to set up phony charities that generate tax receipts but do little or nothing to improve the lives or well-being of ordinary Canadians. Advocates like Johnson are calling foul, arguing that depriving charities of the funds they need to continue providing essential services government and private industry either cannot or will not amounts to “false economy.” For example, if hospitals run short, it both beggars services and puts increased pressure on government to make up for shortfalls. As for manipulation, that threat could be minimized or even eliminated with adequate oversight.

Critics of the changes also try to paint the recipients of charitable donations as elitist organizations catering to the rich, but it’s a disingenuous argument at best. The kinds of charities affected will not only be ballets and theatre companies but hospitals and medical research facilities, food banks, outreach programs providing sanctuaries for street kids and battered women, educational institutions, churches, international aid agencies and many more. “Here in the GTA, the United Way alone serves 200 agencies providing funding to people who are in desperate need,” says Johnson.

To make matters worse, many potential donors in Canada who were lining up to carry through with gift giving once the new rules took effect are either pulling back or cancelling their plans outright. Among them can be counted retired senior executive Michael Burns, who says he is shelving plans to donate as much as $1 million to an eye research institute at Toronto Western Hospital and $5 million to his old alma mater, Trinity College School. “They’re asking people with private companies to do more because capital gains can be quite substantial,” he says. “They need to even the playing field.”

There are more people like Michael Burns in Canada, adds Johnson, pointing out that the Federation of Independent Business has 106,000 members, all private. “There are a lot of people with significant assets who were looking forward to giving back to their communities and have had to delay or cancel their plans,” he says.

However, Johnson and others in the charitable-giving community on both the giving and receiving ends of the equation are not giving up without a fight. He has written to all MPs – many of whom are rookies in the House and were unaware of the proposed changes or the implications of not adopting them prior to their own election – in an effort to “educate” them on the downsides of the government’s inaction. He has also penned letters to more than 700 fellow philanthropists and influential Canadians asking them to make their voices heard in similar fashion. And if all that wasn’t enough he was also behind an open letter to the federal government that was published in national media and signed by numerous presidents and CEOs of aid agencies and educational institutions, including Jacline Nyman of United Way, David Barnard of the University of Manitoba, Janice Price of the Banff Centre for Arts and Creativity, and Janet Yale of the Arthritis Society.

Despite the federal government’s seeming intransigence on the issue, at least so far, Johnson says he remains “cautiously optimistic” something can be done. If enough Canadians make their voices heard, it will resonate in caucus meetings and perhaps open the door to less punishing giving standards for private corporations. To that end, he is asking all Canadians who believe in the useful work charities are doing to contact their local MP and educate them on how important it is to implement the amendments. In the short term, he’s looking for good news in the fall fiscal update. Failing that, he will keep the pressure on and look forward to next year’s budget. One thing remains certain: unless and until changes are made that allow private-corporation donors to make their contributions without penalty, Donald K. Johnson isn’t going away.