The Taxman Cometh: Small Business Owners Vs. the Liberals 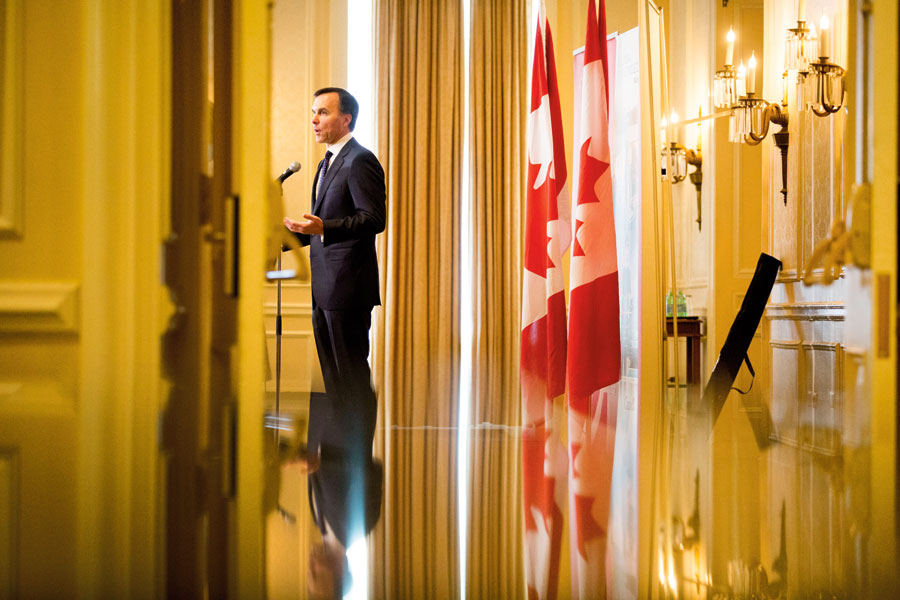 After an icy reception to proposed changes, small business owners faced off against the Liberals and won—for now.

You’re all set to flip the switch on your small business – you’ve got the concept down pat, the business model hammered out, the financing signed off and the energy to make it all happen. The only thing left is to keep yourself abreast of the complicated, ambiguous and ever-changing tax regulations surrounding your small business.

It’s been quite a whirlwind.

In late December, when Finance Minister Bill Morneau announced that the small business tax rate would be decreasing from 10.5 per cent to 10 per cent in 2018, it was a last-minute olive branch to appease one angry group of business owners, not to mention a major climb-down from the government’s original proposals that had caused all the furor.

Flash back to mid-July last year when Morneau announced a series of proposed tax changes that would affect small businesses, all part of the government’s platform of tax fairness. The changes included:

3. Closing loopholes around accumulating passive investment income (a sort of rainy-day fund) as a tax-saving measure.

An exasperated cry of “no fair” immediately went out from business owners across the country, followed by a firestorm of protest that caused no end of embarrassment to Morneau and his party. To add fuel to the fire, Morneau was dealing with ethical issues surrounding his own personal finances.

You could forgive the small businesses for expressing their dissent. After all, these new measures would come on the heels of several payroll tax increases (to EI and CPP, which start in 2019), carbon tax and increased labour costs (Ontario’s minimum wage rose to $14 an hour in 2018), all of which attack their bottom line and ability to remain competitive.

After months of hearing it from angry business owners and organizations, not to mention mounting attacks from the Conservative opposition, Morneau had little choice but to cut his losses and back down, finally admitting in October that changes would have to be made.

To appease small business owners, he announced that, starting on Jan. 1, 2018, the small business tax rate would be lowered from 10.5 per cent to 10 per cent, a proposal that hadn’t been mentioned before. Besides this late Christmas present, the Liberals also tried to tweak the proposals, hoping to make them less painful to small business. The new-look tax changes (which should be announced in the 2018 federal budget) include:

1. Limiting income sprinkling to family members who can prove they’ve made “meaningful” contributions. Spouses of business owners who are 65 and older will be exempt.

2. Scrapping the proposal that would have changed the LCGE.

3. Creating a threshold of $50,000 on passive income a year, which will affect only three per cent of small businesses.

While the original proposals have been simplified, these new measures will undoubtedly create a new set of rules that are difficult to apply, require complicated paperwork and will surely lead to more battles with the Canada Revenue Agency. A tax professional will likely be needed.