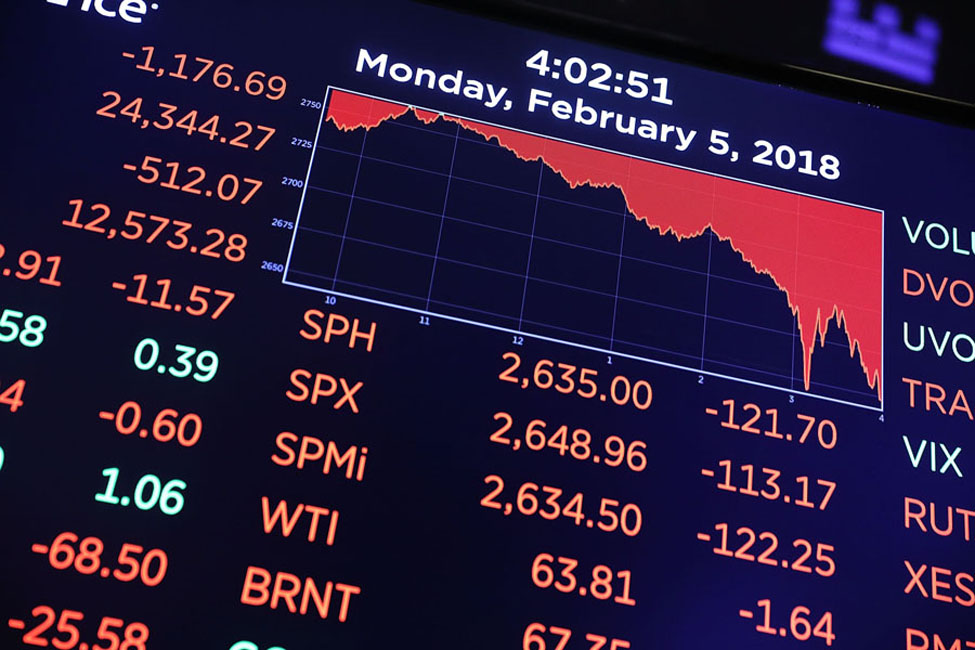 As a result, the Dow Jones went on a wild rollercoaster ride today, ending the day down 1,175 points or 4.6%. The tech-heavy Nasdaq also suffered big losses, shedding 3.2%.

Canada’s main stock index also dipped sharply, falling over 270 points to a four-month low of 15,334.81. And Global stock markets suffered losses as well: in Asia, the big markets fell between 1% to 2.5% while London’s FTSE closed down over 1.4%

The Dow Jones, which has been on a record run for much of the last two years, had its worst day since 2008, in the heart of the global recession.

While the losses were indeed dramatic, wiping out most of the market’s 2018 gains, right now many experts are characterizing it as a correction rather than the beginning of a bear market. In fact, today’s correction injects a little reality into the market, which may be  much healthier than a continued parabolic increases in share prices.

Donald Trump, who credits his fiscal policies with powering the stock-market surge, chose not to Tweet about the stock markets today, but instead focused on his tax cuts and wage gains.

Thanks to the historic TAX CUTS that I signed into law, your paychecks are going way UP, your taxes are going way DOWN, and America is once again OPEN FOR BUSINESS! pic.twitter.com/GISFbDDGXX