Stock Smarts: Be Careful When Investing in Gold 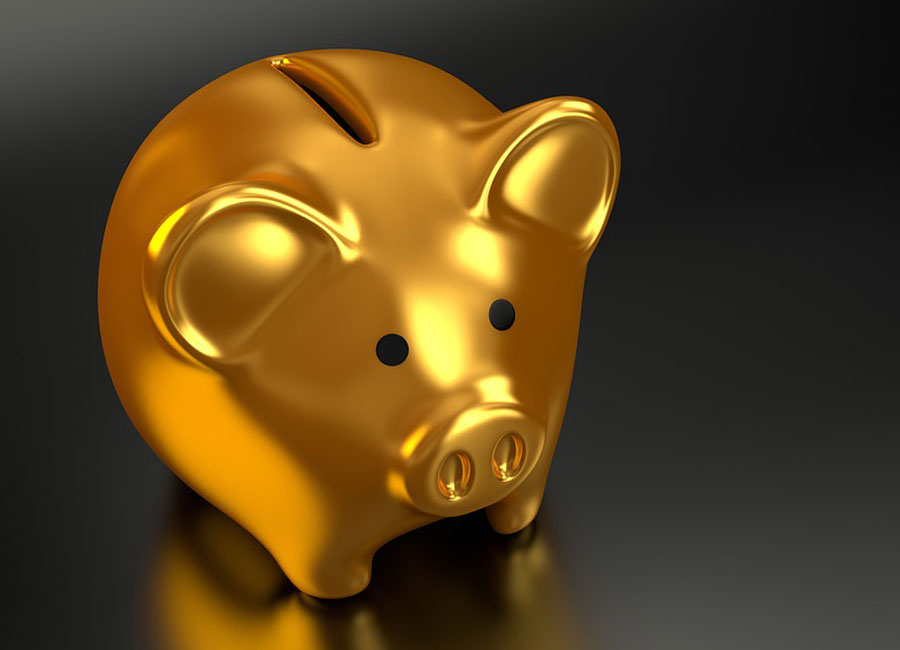 Gold ETFs are popular with investors but be careful. They’re not all created equal.

Donald Trump appears determined to launch a global trade war, demonstrating yet again his ignorance of both history and economics. The last time we embarked on this disastrous path was in 1930, and we all know how that ended up.

Most people hoped that cooler heads would prevail in the White House, but now it seems there are no cooler heads left. Protectionist advocates are in control, and the end result will not be pretty. The stock market recognized the danger of the President’s actions, with the Dow plunging more than 1,100 points after he announced he was going to impose tariffs on a broad range of Chinese imports. We don’t know the details yet, or how China will respond but the implications are worrisome.

Given this background, I suggest it’s a good idea to hold some cash and have at least a little exposure to gold in your portfolio.

One of the most popular ways to buy gold is through exchange-traded funds (ETFs) rather than individual stocks but be careful. They’re not all created equal and you need to know exactly what you’re buying. Some ETFs invest in the gold miners while others are pure plays on the metal itself. The difference in returns can be dramatic. Here are some examples.

iShares S&P/TSX Global Gold Index ETF (TSX: XGD). This ETF invests in gold miners and related companies. It owns shares in 42 companies, most of which are in Canada and the U.S. Top holdings include Newmont Mines, Barrick Gold, Franco Nevada, Goldcorp, and Agnico-Eagle. Those five stocks account for about 52 per cent of the total portfolio.

The fund has net assets of $737 million, which means a lot of Canadians have put their confidence in it. They have not been well-rewarded. The fund lost 13.4 per cent in the year to Feb. 28 and shows an average annualized 10-year loss of 6.4 per cent per year. Clearly, the gold producers have had it rough for a long time.

BMO Equal Weight Global Gold Index ETF (TSX: ZGD). This is another ETF that invests in mining companies. The composition is somewhat different from XGD, with 34 holdings that are more or less equally weighted. However, the bottom line result is similar. The ETF lost 15.9 per cent in the year to Feb. 28. Since inception in November 2012, the fund has produced an average annualized loss of 9.4 per cent per year.

iShares Gold Bullion ETF (TSX: CGL). This fund tracks the price of gold itself, hedged to the Canadian dollar. So, what you’re buying is a stake in gold bullion, not a collection of miners. The unit price will rise or fall depending on the movement in the value of the commodity itself. This fund is less than half the size of XGD, but it has been a much better performer. It gained 3.7 per cent in the year to Feb. 28, which was more than 17 percentage points better than its stablemate. There is also an unhedged version of this ETF that trades under the symbol CGL.C.

SPDR Gold Trust ETF (NYSE: GLD). This is the largest gold ETF in the world with assets of $36 billion. It’s a pure play on the price of gold, with the initial price set at the value of 1/10 of an ounce of the metal. The current net asset value is one share equals about .095 ounces. The fund owns 850 tonnes of gold

This fund has generated better returns than CGL. The one-year gain to Feb. 28 was 4.8 per cent, and the average annual compounded rate of return since inception (November 2004) is slightly over 8 per cent. The annual administration fee is 0.40 per cent. The fund is administered by State Street Global Advisors.

ETRACS CMCI Gold Total Return ETN (NYSE: UBG). Rather than tracking the spot price of gold, this ETN focuses on gold futures. (An exchange-traded note, or ETN, trades on a stock exchange like an ETF but is a debt note issued by a bank. The payout fluctuates based on the price of the underlying security, in this case gold.)

This security replicates the performance of a basket of gold futures contracts, ranging from three months to three years. So, while you are still investing in gold, in this case you have some time diversification built into your portfolio. This was the top performer in this group of gold funds over the past year, with a gain of 5.4 per cent. Unfortunately, it’s very small. Assets are less than $4 million, and the average trading volume is only 164 units per day. Some days there are no trades at all, which makes this fund impractical for all but small, patient investors.

All things considered, my advice is to avoid funds based on mining companies and invest directly in the commodity itself. The best choice is GLD on the New York Stock Exchange. Ask your financial advisor if it is suitable for your account.