Stock Smarts: The Political Football That Is Hydro One 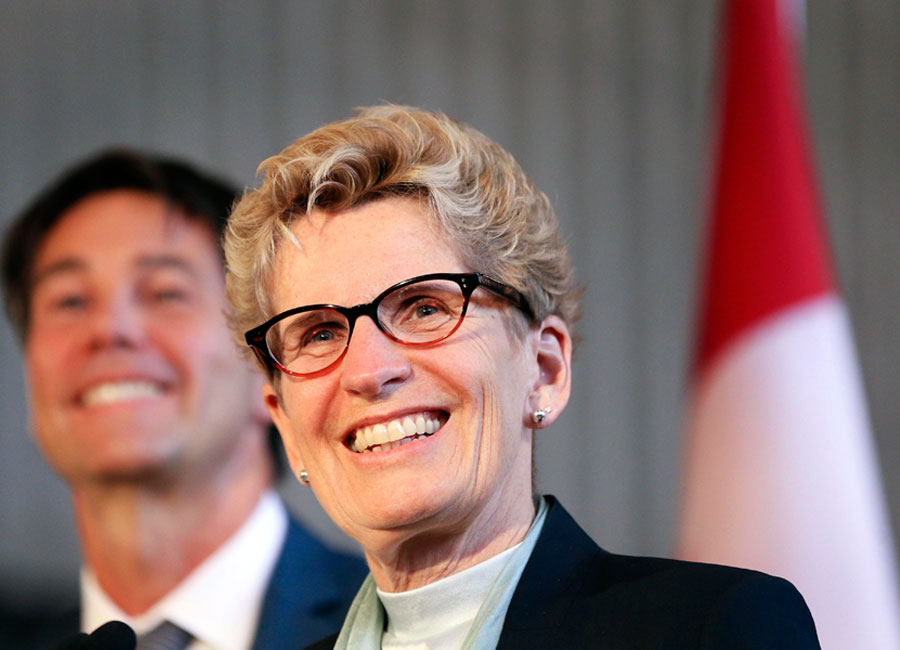 Trust politicians to screw up a good business.

That’s what’s been happening to Hydro One (TSX: H) ever since the Ontario owned Crown corporation first went public in November 2015 with an initial offering of 81.1 million shares (13.6 per cent of the company), priced at $20.50.

The IPO was oversubscribed, indicating a strong appetite for a stable utility that offer a respectable dividend. The shares hit a high of close to $27 in the summer of 2016 but have been trending down ever since.

Higher interest rates have played a role in that, but politics is the primary culprit. The cash-hungry Liberal government kept dumping more shares onto the market with a secondary offering of 74.2 million shares in April 2016 and a third offering at below market value in May 2017 that underwriters had trouble moving.

There was also an unusual deal in 2016 with indigenous people involving the sale of 2.5 per cent of the company at $18 per share, well below the market price. Moreover, the deal was to be financed by a government loan of about $268 million, depending on the level of First Nations involvement. The bottom line was that First Nations would pay about 30 per cent below the market value (a discount of about $120 million) for the shares, using taxpayer’s money to help them do so.

That was all under the Liberals. Now the new Progressive Conservative leader, Doug Ford, has weighed in, saying that, if elected, he will fire CEO Mayo Schmidt and the entire board of directors. He’s turned the company into a political football and, since his party is leading in the polls, we have to take him seriously.

Mr. Ford appears to be taking aim at the public’s unhappiness with high electricity rates, by branding Mr. Schmidt as “the $6 million dollar man”. Yes, his compensation is in that range, but according to experts his pay is comparable to CEOs at similar companies and is certainly not the reason why Ontarian’s are paying through the nose for power (blame many years of government mismanagement for that).

Moreover, it’s not clear how Mr. Ford would implement this promise, since the government has sold off more than half its equity in the company. However, Queen’s Park still controls the largest block of stock and an antagonistic premier could make life very difficult for the company.

This threat of political interference is one of the factors that has weighed on the stock, which is down more than 15 per cent from this time last year.

Hydro One’s 2017 financial results did not do much to bolster its position. A strong performance could have strengthened Mr. Schmidt’s hand and the fourth quarter wasn’t bad. Revenue was $1.4 billion, down from $1.6 billion in the same period of 2016. But adjusted net income attributable to common shareholders was $170 million ($0.28 per share, fully diluted). That compares to $128 million ($0.21 per share) the year before.

But the story for the full year wasn’t anywhere near as rosy. Revenue was just under $6 billion, down from almost $6.6 billion in 2016. Adjusted net income was $694 million ($1.16 per share), down from $721 million ($1.21 per share) in 2016. The company said that net income for the year was impacted by lower revenues due to milder weather during the first three quarters of 2017, higher consulting costs related to the acquisition of Avista Corp., and a significantly lower bad debt expense in the first quarter of 2016 due to revised estimates of uncollectible accounts as a result of stabilization of the customer information system.

The purchase of Avista is key to the future Mr. Schmidt sees for the company. Avista it provides electric service to 379,000 customers and natural gas to 342,000 customers in eastern Washington, northern Idaho, and parts of southern and eastern Oregon. Alaska Energy and Resources Company is an Avista subsidiary that provides retail electric service in Juneau.

The deal is the first step in implementing Mr. Schmidt’s strategy to expand Hydro One’s footprint beyond Ontario. He has spoken about the possibility of other acquisitions in the Pacific Northwest but the whole policy threatens to be undermined if Mr. Ford becomes Ontario Premier and attempts to follow through on his pledge. That leaves shareholders dangling, wondering what the future really holds for the company.

So, what should you do if you own the stock? It pays a quarterly dividend of $0.22 a share ($0.88 per year) to yield 4.3 per cent at the current price, which was $20.47 at the time of writing. That’s not a great yield but it’s acceptable. No increase was announced for this year.

If you own shares, I suggest you hold. Otherwise, stay on the sidelines. There’s a lot of uncertainty surrounding this company, not the least of which is a Doug Ford future.