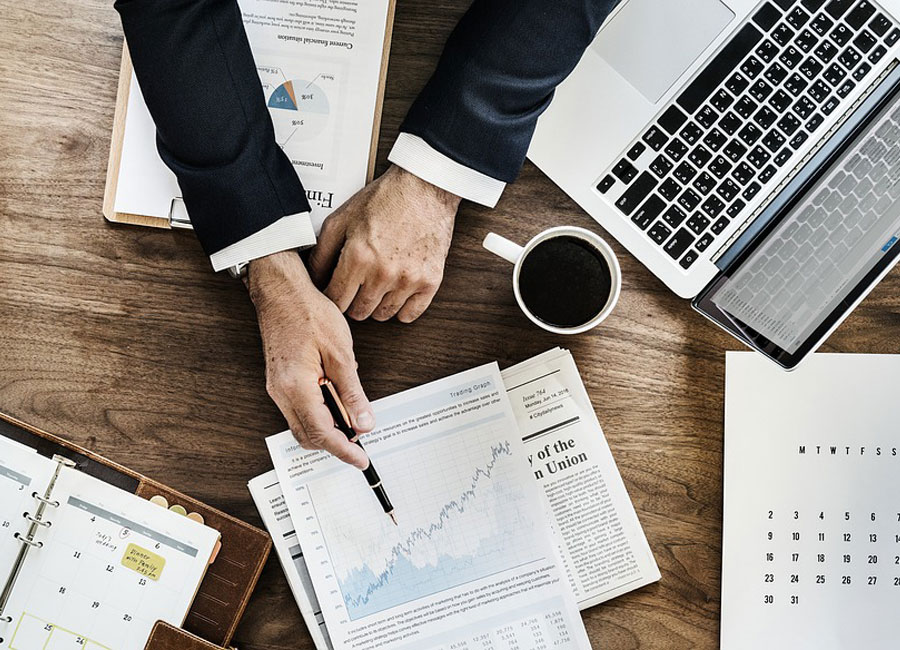 And the beat goes on! Nasdaq set another all-time record last week and nothing seems to stop it.

We’re in rarefied territory here; the composite is trading well above its 50- and 200-day moving averages and is touching new highs almost every second day.

The surge is being led by the high-tech giants, all of which are cash rich (more so after U.S. tax reform) and showing no signs of slowing down, even though they have reached the stage of maturity when growth rates tend to ease back.

Even net income forged ahead. This was Amazon’s weakness in the past because the company reinvests so much of its cash flow in growing the business. But in the first quarter net income more than doubled on a year-over-year basis to $1.6 billion ($3.27 per share, fully diluted), compared with $724 million ($1.48 per share), in the first quarter of 2017. And all this despite Donald Trump’s vitriolic attacks on the company and his implied threats to find new ways to penalize it, either through increased postal rates, higher taxes, or both.

Why is Amazon doing so well? Founder Jeff Bezos credits continued strong growth to a seven-year head start on the competition and the free rein given to developers to devise leading edge apps and product applications.

The stock took off after the results were released, quickly recovering from the brief slump that followed the Trump twitter storm. The shares hit an all-time high of over $1,700 on June 14. (I originally recommended Amazon to readers of my Internet Wealth Builder newsletter in January 2017 at $817.14).

The shares still have a ridiculously high price/earnings ratio of 210, which to my mind makes this the most vulnerable of the large tech companies in the event of a correction.

When I first recommended Amazon, I predicted it would eventually be the largest retailer in the world. At the time, it was sitting at number five. According to Forbes, in 2017 it moved into the number three position, behind only Walmart and CVS. Only two more worlds to conquer!

Another Nasdaq heavyweight that hit an all-time high this month was Apple (NDQ: AAPL), which touched $194.20 earlier this month. Its revenue growth is nowhere near as spectacular as that of Amazon, but the earnings performance is much superior, as is the company’s willingness to share its success with investors.

Second-quarter 2018 results (to March 31) showed a 16 per cent year-over-year revenue increase to $61.1 billion, of which 65 per cent was from international sales. Earnings per share were the best ever for the March quarter at $2.73 fully diluted. That was up 30 per cent from the same period a year ago

Luca Maestri, Apple’s chief financial officer, praised the tax reform bill signed just before Christmas as making it feasible for the company to repatriate billions in cash held overseas. “With the greater flexibility we now have from access to our global cash, we can more efficiently invest in our U.S. operations and work toward a more optimal capital structure,” he said. That should be music to President Trump’s ears.

Apple announced an increase of 16 per cent in its quarterly dividend, to $0.73 per share ($2.92 per year). Amazon, by contrast, does not pay a dividend. As well, Apple is actively repurchasing its shares in the open market. The company will complete the execution of the previous $210 billion share repurchase authorization during the third fiscal quarter and has obtained permission to spend another $100 million on buybacks.

When it comes to fundamentals, Apple looks much more attractive than Amazon to a conservative investor. Its trailing p/e ratio is a relatively modest 18.3, the lowest among the major high-term companies, including Microsoft and IBM.

Of course, there are many more stocks driving the Nasdaq boom, including Twitter, Facebook, Alphabet, Axon, Adobe, and more. Clearly, not all are hitting record highs each week. But enough are to make the Nasdaq Composite the top-performing major index in the world over the past five years. No one else even comes close.

Will it all collapse again, as it did in 2000? Possibly, but I think not. There will be corrections, certainly. But the underlying strength of the key performers is much stronger now than back in the Wild West days of the 1990s when the Internet was in its infancy and any good story was worth millions of investor dollars.