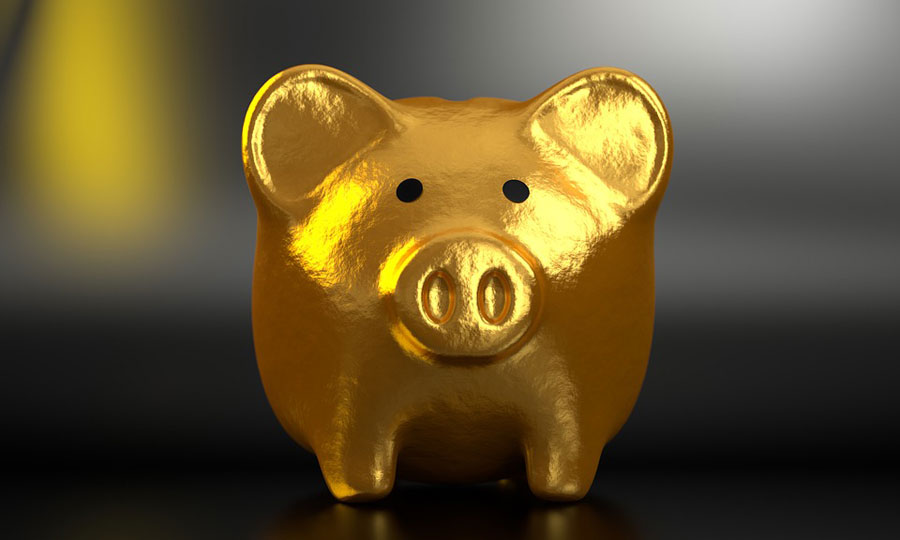 Rising interest rates are a drag on returns.

In May 2015 I created an income portfolio designed for TFSAs for readers of my Income Investor newsletter. The goal was to generate cash flow in the 5 per cent range. This makes it especially useful for older people who want to receive tax-free income. You can withdraw the dividends/distributions earned each year without paying any tax, while leaving the principle intact.

However, this type of portfolio comes with some risk. For starters, it is entirely invested in stocks, which makes it more vulnerable than a balanced portfolio that includes bond holdings. For another, dividend-paying stocks tend to come under pressure as rates rise, as we’ll see when we review the numbers from the latest six-month period.

At the time I launched this portfolio, the maximum cumulative lifetime contribution was $41,000, so that was the initial starting value.

I selected 10 securities from the Income Investor Recommended List. All are traded on the TSX, so currency exchange is not a factor, except for the distributions from the limited partnerships, which are in U.S. dollars. I gave each security an initial weighting of approximately 10 per cent for diversification and balance. Here are the components of the portfolio with a brief report on how they have performed since the last update in November. Prices are as of the close of trading on May 25.

BCE Inc. (TSX, NYSE: BNS). BCE was one of the stocks hit by rising rates. The shares have dropped by $7.12 since November, a decline of about 15 per cent. This was despite an increase in the dividend of 5.2 per cent earlier this year, bringing the quarterly payout to $0.755 ($3.02 per year). As a result of the price decline and the dividend increase, the stock now yields a very attractive 5.5 per cent.

Bank of Nova Scotia (TSE, NYSE: BNS). Banks are supposed to prosper as rates increase, but we have not seen that in BNS shares, which are down $4.56 since November. As with BCE, we had a dividend increase at the start of the year with the quarterly payout rising 3.8 per cent to $0.82 per share ($3.28 a year). As a result, the yield jumped to 4.1 per cent from 3.8 per cent at the time of the last review.

Brookfield Infrastructure Limited Partnership (TSX: BIP.UN, NYSE: BIP). This Bermuda-based limited partnership is a spinoff company from Brookfield Asset Management, which owns a majority stake. It invests in infrastructure projects in North and South America, Europe, and Australia. Like other interest-sensitive stocks, this one is down from our November review. The partnership increased its distribution by 8 per cent in February, to US$0.47 per quarter (US$1.88 per year). That and the price drop pushed the yield to 4.9 per cent.

Brookfield Renewable Partners (TSX: BEP.UN, NYSE: BEP). This is another Brookfield spinoff, but with a focus on renewable energy, mainly hydro but also some wind projects. The units are down $2.02 from the time of our last review. We received two distributions totaling US$0.9575, as the partnership implemented a 4.8 per cent increase in February. The units yield 6.2 per cent at the current price.

Inter Pipeline (TSX: IPL, OTC: IPPLF). This stock has been a disappointment. It was off another $2.51 in the latest period and is down 13.5 per cent overall since the portfolio’s inception. We will replace it with a similar but more dynamic company (see below).

North West Company (TSX: NWC, OTC: NWTUF). The shares declined by $3.51 in the latest period. The quarterly dividend is $0.32 per share, and we received two payments. The current yield is 4.5 per cent.

Sienna Senior Living Inc. (TSX: SIA, OTC: LWSCF). Sienna’s share price was down $1.33 during the latest review period. However, the monthly dividends of $0.075 per share continued to roll in. The current yield is 5.3 per cent.

Firm Capital MIC (TSX: FC). Despite rising rates, the share price of this mortgage investment corporation increased by $0.51 in the latest period. The monthly payment remains at $0.078 ($0.936 per year) to yield 7 per cent.

Dream Global REIT (TSX: DRG.UN). This international REIT invests in office, industrial, and mixed-use properties in Europe. We added it to the portfolio a year ago, and so far, it has paid off well. The share price was up $3.27 (28 per cent) in the latest period, and the units pay $0.0666 per month, or about $0.80 per year. The yield is 5.4 per cent at the current price. This is the best-performing security in the portfolio at this time.

We received interest of $25.15 during the latest period from our EQ Bank savings account.

Here is how the portfolio looked at the close of trading on May 25.

Comments: The value of the portfolio (market price plus retained earnings) declined by $455.54, or 0.8 per cent, during the latest six-month period. It could have been much worse considering the overall downtrend in interest-sensitive stocks, but gains in Firm Capital, and especially Dream Global REIT, plus strong distributions helped to stem the loss.

Despite the recent loss, since the portfolio was launched three years ago, it has posted a gain of 31.5 per cent. On an annualized basis, that works out to 9.63 per cent, which is still very respectable for a portfolio of this type.

Cash flow during the latest period was $1,401.80, for a six-month yield of 2.57 per cent based on the portfolio value last November. In terms of the original $41,000 investment, the six-month yield was 3.42 per cent, so we are well ahead of our 5 per cent annual cash flow target.

Changes: We will replace Inter Pipeline with shares of Pembina Pipeline (TSX: PPL). Yes, we’re still in the pipeline business, which means the stock is interest-sensitive, but it has held up much better in the current climate than Inter.

We will also make some additional small purchases as follows:

Readers are reminded not to do small trades unless you have a fee-based account. Use a dividend reinvestment plans when available.

Here is the revised portfolio. I will look at it again in November.