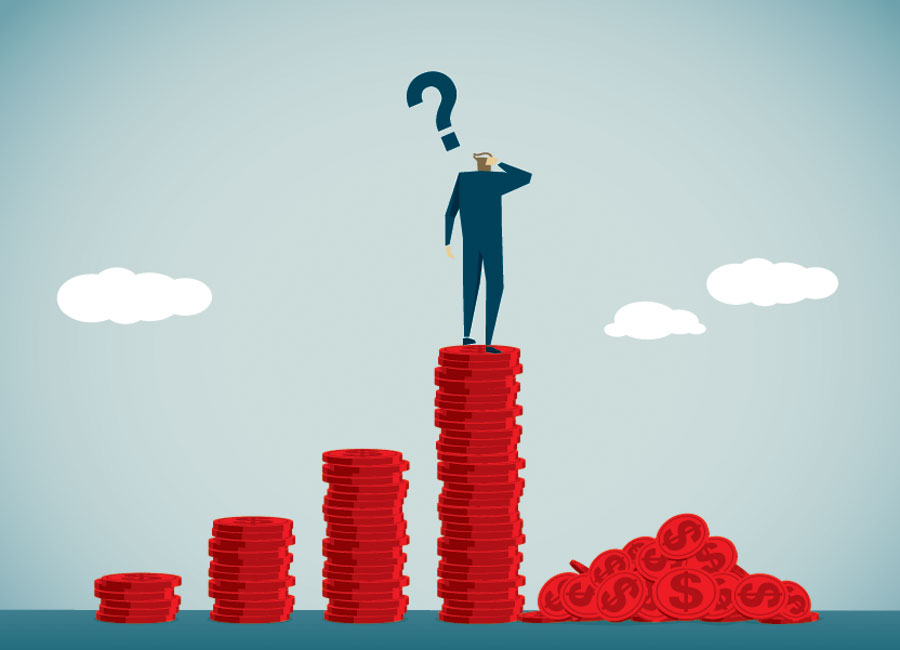 Ask this question before planning where to invest your RRIFs.

I recently received an email from a reader who asked a question that seems to confound a lot of us.

“I have to convert my RRSP to a RRIF by the end of this year,” she wrote. “What are the best investments to put into my new plan?”

I get this type of question a lot. Unfortunately, it’s the wrong one to ask. Choosing the best investments should be the last stage in the RRIF conversion process. Making it the first priority is putting the cart before the horse.

But before I get to that, some background. According to the latest census, almost two-thirds of Canadians are actively saving for retirement in ways other than the Canada Pension Plan. Among older people, Registered Retirement Savings Plans (RRSPs) are the preferred option; younger people prefer Tax-Free Savings Accounts (TFSAs).

A TFSA is for life; it never needs to be spent or converted. RRSPs are different. Under current law (one which should be reviewed, in my opinion) you must cash in your RRSP by Dec. 31 of the year in which you turn 71. You have three options:

1. Withdraw all the cash and be taxed at a usurious rate on it.

3. Convert to a Registered Retirement Income Fund (RRIF). This is what most people do, hence the question about the best investments for such a plan.
RRIFs differ from RRSPs in two ways: you cannot make any further contributions once you have converted and you are required by law to withdraw, and pay taxes on, a minimum amount each year. What it boils down to is that a RRIF is not a savings plan. It’s an income plan.

So the first question you should be asking is not what to invest in. It should be how much risk are you willing to take with your retirement savings? By the time you’re in your 70s, you don’t want to be hit with an economic calamity that endangers your standard of living.

That’s exactly what happened when the stock market crashed in the fall of 2008. Before the carnage ended in March 2009, the S&P/TSX Composite Index had lost about half its value. The drop in New York was even worse. It can happen again.

With that in mind, your first priority in converting to a RRIF should be protecting your capital. That requires a U-turn in your thinking. During the RRSP years, growth at a reasonable risk should be the No. 1 goal. Now the focus is on generating income from your investments in the safest possible way.

That starts with asset allocation. How much money are you going to commit to equities, fixed income and cash in your RRIF? Never lose sight of the reality that any money invested in the stock market is at risk, no matter how safe the security may seem. When the markets went over the waterfall in 2008, it wasn’t only the high-risk stocks that got swamped. Banks, utilities, telecommunications companies and real estate investment trusts – all usually considered to be low-risk – were swept away as well.

With interest rates still very low (but rising), the temptation is to overweight a RRIF to dividend-paying stocks. That may pay off in the short term, but it’s a risky approach. My suggestion is to start by calculating how much cash you’ll be required to withdraw in the first two years and put that into a high-interest savings account. That way you won’t be forced to raise money by selling in a falling market.

Assuming you’re starting at age 71, that would mean holding a little more than 10 per cent of the plan’s value in cash. For the rest, I suggest putting 60 per cent into fixed income and 30 per cent into stocks or the funds that invest in them.

I recommend a large fixed-income allocation even though rising interest rates are hurting bond prices, and you may suffer some small losses in the short run. But believe me, a temporary decline in the bond market will be nowhere near as damaging to your savings as a stock market crash.

Now we can address the question of the best investments. Ideally, you should be dealing with a qualified financial adviser who is knowledgeable about RRIFs. Here are two suggestions you can ask about.

On the fixed-income side, consider the PIMCO Monthly Income Fund or its equivalent exchange-traded fund (TSX: PMIF). It invests internationally, and the California-based management firm is considered to be one of the top fixed-income specialists in the world.

The ETF is new, but the returns from the mutual fund’s F units, which have the same management fee, have done well. The mutual fund’s F units gained 4.24 per cent in the year to April 30. The three-year average annual compounded rate of return was 5.04 per cent, and the five-year figure was 5.56 per cent. Distributions are paid monthly.

The equity side of the equation is more problematic. As I said, there is no such thing as a totally safe stock investment. A falling tide lowers all boats. What you are looking for are securities that have a record of superior performance in down markets and that generate good cash flow.

The best solution in this case is a balanced fund – one that invests in a combination of stocks and bonds. When stock markets are strong, they will underperform. But when they tank, your loss will be limited.

The CIBC Monthly Income Fund is a good example. In the Great Recession, when the TSX lost half its value, this fund dropped only 17.36 per cent over the year to Feb. 28, 2009. That was the worst 12-month performance in its history. The fund pays monthly distributions of $0.06 a unit ($0.72 a year) to yield almost six per cent as of the time of writing (A units). So it scores on both counts – limited downside risk and steady income.

In calculating your overall asset allocation, include the fund’s bond holdings in your fixed-income calculation and the stocks with your equities.
Of course, you will need to own more than two securities in your RRIF. But these will give you a starting point when the time comes to make the switch.

A version of this story “What’s Your Risk Quotient?” appeared in the July/August 2018 issue, pg. 30, of Zoomer magazine.