Golden Years in the Red: The Number of Seniors Facing Bankruptcy is Rising 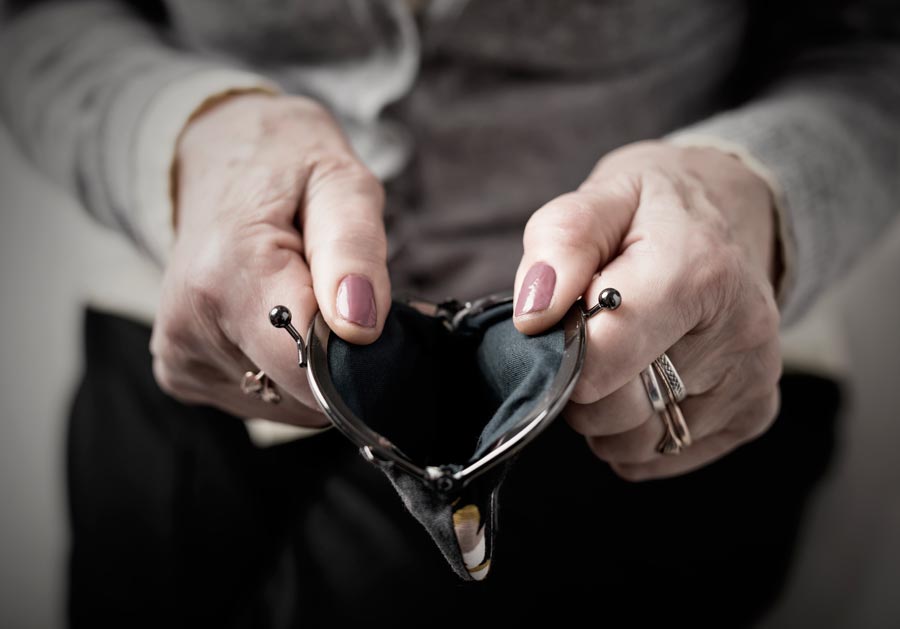 The number of American seniors entering their golden years in the red is rising at an alarming rate, according to a new study titled Graying of U.S. Bankruptcy: Fallout from Life in a Risk Society, which reports a “more than a two-fold increase in the rate at which older Americans (age 65 and over) file for bankruptcy and an almost five-fold increase in the percentage of older persons in the U.S. bankruptcy system.”

It’s a stark reality check, especially at a time when experts and cultural commentators routinely refer to the aging boomer demographic as a so-called “grey tsunami.” The aging of that demographic, however, does not solely explain the rise in bankruptcy among seniors, according to the study. In fact, the researchers note that, “older Americans report they are struggling with increased financial risks, namely inadequate income and unmanageable costs of healthcare, as they try to deal with reductions to their social safety net.”

And as wages, healthcare coverage and social safety nets shrink, the New York Times adds another factor to the seniors bankruptcy boom – more parents are increasingly taking on partial responsibility for their children’s student loans. The paper quoted Seattle-based bankruptcy lawyer Marc Stern as saying, “It is not uncommon to see student loans of $100,000. Then, you see parents who have guaranteed some of these loans. They are no longer working, and they have these student loans that are difficult if not impossible to pay or discharge in bankruptcy, and these are the kids’ loans.”

When compared with statistics as far back as 1991, the results of the study prove even more startling. A Los Angeles Times breakdown of the study shows that between 1991 and the 2013-2016 period the study focussed on, the percentage of Americans aged 55-plus who filed for bankruptcy rose from 8.2 per cent to 33.7 per cent while, in the same time period, the percentage of bankruptcies fell for all younger demographics. The paper also spoke with Robert Lawless, one of the study’s authors, and concluded that, “This isn’t related to the general graying of the U.S. population. As Lawless observes, the over-65 population has risen by 16 [per cent] since 1991. But bankruptcy filings in that cohort have increased by 2 ½ times.”

Experts in Canada, meanwhile, are making attempts to tackle a similar problem for Canuck seniors. Last year, a Carleton University conference titled Carrying Debt to the Grave? The Increasing Indebtedness of the Elderly looked to address the issue of seniors with crippling financial situations.
Saul Schwartz, a public policy professor who helped organize the conference,
told CBC that the first step to seniors climbing out of debt is to conquer any embarrassment they may feel about carrying it in the first place.

“People need to know that there are solutions out there. They don’t need to be ashamed,” he said. “It’s not the end of the world to be overly indebted. You can’t ignore it. You can’t stick your head in the sand but you need to seek out the options that are available to you.”

The most recent Statistics Canada data shows that in 1999, 27.4 per cent of Canadian households with major income earners aged 65 and older still held debt. By 2012, that percentage rose to 42.5 per cent.  CBC noted that much of that debt is a result of “a big mortgage, getting divorced, illness and elder abuse” as well as parents helping kids with loans.