Meet the 63-Year-Old Retiree Auditioning for His Second Act 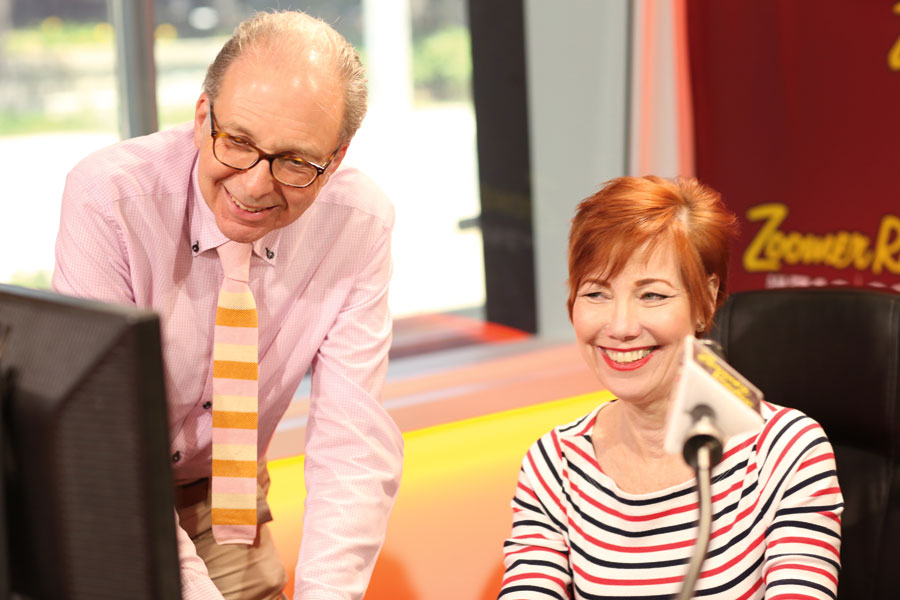 He may not be Robert De Niro, but Lawrence Franklin is the real-life incarnation of the lead character in 2015’s The Intern. He’s at work at the desk outside my office, sounding like he’s been doing this for years and looking more professional than most of us – in dress pants, a dress shirt and an article of clothing we rarely see around here: a tie!

At 63, Lawrence is a bona fide intern. He’s here to fulfill part of the requirement for 160 hours of on-the-job experience for his post-graduate degree in Radio Broadcasting from Humber College. He came to us because one of his instructors is Jane Brown, our associate news director and news anchor.

Lawrence’s transition is entirely voluntary. He decided to take up something new after a successful career as an urban planner. “I spent 27 years at the City of Mississauga, and they were great years,” he says, explaining that he received a pension statement, outlining his earliest possible retirement date on his very first day of work all those years ago. “It came to my time, and I looked at all the young people around me and thought I’ve had my chance,” he adds. “It’s time to fulfill some of my other dreams!”

Lawrence loves radio and has always wanted to work in it. He was inspired by someone he heard on a podcast from Australia – a program host with a PhD in Biology. She said she chose radio over teaching in order to share her passion with a mass audience instead of a small class. His takeaway: “If I could come to broadcasting and discuss architecture and design, I could influence and entertain so many more people, maybe tell them something they hadn’t really thought about before.”

Lawrence is “chase producing” – finding guests on deadline for “Fight Back with Libby Znaimer,” the current affairs show I host on Zoomer Radio. He arrives early and keen and has taken the time to thank us for the opportunity.

That contrasts with some interns and trainees in their early 20s. One came in considerably late on the first two days here and then looked genuinely surprised when we explained that this was unacceptable. That person has been punctual ever since – but I admit the bad impression lingers. There have been occasions when I’ve looked into the control room from my studio while on air, only to see a trainee engrossed in a cellphone or telling jokes rather than paying attention to the program. It’s a question of demeanour – many young people don’t seem to realize that once we get the idea that they are not ready to work, it will be difficult to change our minds. Is it generational? At the risk of playing to the stereotype – maybe the fault lies with indulgent boomer parents.

On the other hand, I immediately questioned Lawrence’s social media savvy. It’s a key thing I look for because I’m not so good at it myself. But he has other talents. I asked him to follow up with a listener who complained he had suffered abuse from authorities. From the messages he left, I was pretty certain that was not the case, but the man was obviously in pain. Lawrence spent nearly an hour on the phone, showing a great deal of compassion. It turns out he was able to call on his experience as a volunteer in the geriatric unit at Mount Sinai Hospital.

The big question is will all this experience count when Lawrence looks for a paying job? Or will he face the double whammy of ageism and the difficulty of being a new graduate? I’d heard that another radio outlet had turned down his internship because of his age. Lawrence wouldn’t confirm or deny. “Everyone has something,” he told me. “Are you going to let it hold you back?” He was the oldest student Jane encountered. “I don’t want to say I was surprised,” she says. “I was impressed to see someone start over at his age when he doesn’t have to.”

Lawrence has the best attitude for anyone in the midst of reinvention. He’s excited to try new things, even if they are not a fit. He’s now done everything from ushering guests at a live performance to learning how to operate the studio mixing board. “I didn’t even know what chase producing was,” he says. Now, apparently, that’s his new career goal.