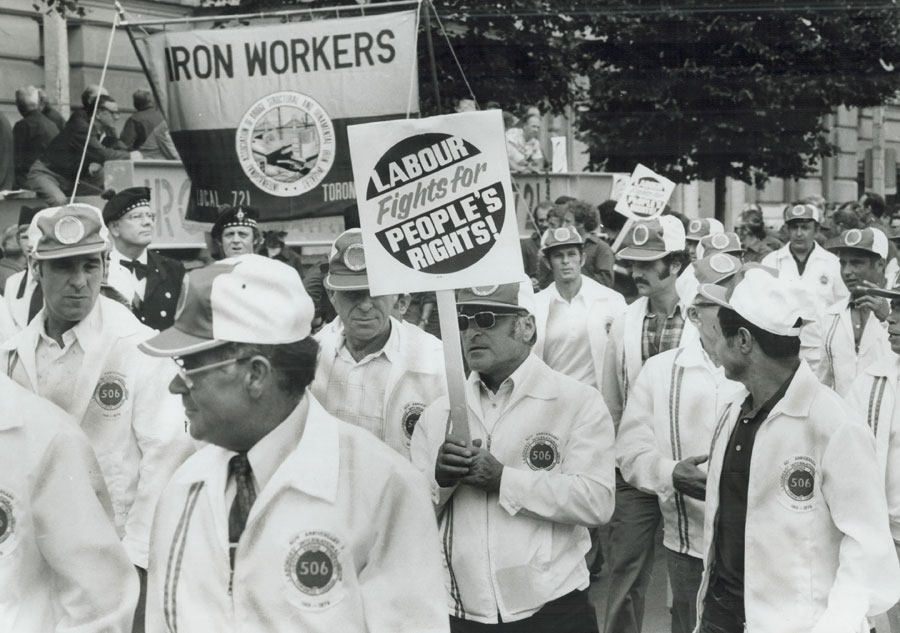 The Labour Day long weekend is an increasingly bittersweet holiday — and not just because it’s the traditional dividing line between indolence and school, summer and fall.

Labour Day celebrates a thing called a “job” whose very future is unclear to those entering the workforce now.

Here’s what a “job” meant to me in my youth in the 1970s. When I finished high school, I was hired as a summer student, driving a forklift at a wafer-board mill in Thunder Bay, Ont. It was non-union, but it matched the union wages and benefits in that mill-town, where every pair of hands was needed.

But it also represented a choice. If I wanted, we were led to believe, I could stay on in the mill (some of the summer students did). And in return for a job that wasn’t exactly mentally stimulating, I could make enough money to buy a house and a car and raise a family.

Being young, arrogant and ambitious, I turned down the bird in the hand, and sought my future in the big city (though they’d still phone me at Ryerson University and ask if I was coming home for Christmas, and if I was, could I put in a couple of 12-hour shifts?).

What I didn’t know was that those days were numbered. Manufacturing jobs were going to get hammered by outsourcing and technology. The mill I worked at is long closed. The idea of “jobs for life” became a sneer uttered by supply-side economists and conservative pundits. The minimum wage became the standard wage. And if every 10 years or so, there was some political initiative to raise it, there’d be an outcry about how it would force small businesses into bankruptcy.

It had been years since I thought about my forklift-driving experience. But it came back to me when I recently test-drove a “hands-free” Cadillac CT6 from Quebec City to Kamouraska for an article (coming soon to an issue of Zoomer near you).

I thought, perversely, about the lyrics from Zager & Evans’ 1960s hit “In The Year 2525” (sample lyrics: “Your arms will hang limp at your sides/Your legs got nothing to do/Some machine’s doing that for you”). I also thought about the fact that fully autonomous cars on the road may still be years away, but there’s nothing stopping fully autonomous forklifts at workplaces doing the work I did, but better and cheaper.

In fact, I couldn’t think of a single job at that mill back then that couldn’t be automated today. Stats show that the average North American factory produces more, with a third fewer staff than a generation ago because of automation.

Next Monday, I will not be a participant in Toronto’s Labour Day Parade, having left my union executive duties behind when I resigned from the newspaper I’d worked at for three decades. One of the parade lures was that it ended inside Toronto’s Exhibition grounds. Both my sons marched with me over the years with a free visit to the Ex as the carrot.

This year, there’s a lockout of Ex technical employees represented by IATSE Local 58, and the Parade representing unions across the country is obviously not going to cross a picket line. There’s been talk of having the parade end at the Harbourfront.

But, especially in the declining media business, being a union activist is like trying to slow an army in retreat. I remember a union negotiator having to deal with another round of Postmedia layoffs and saying, “There are days when I feel like an undertaker.”

Millennials, obviously, have a different attitude toward “jobs” than I did, graduating into what is now known as “the gig economy.” Some years back, our paper absorbed the younger-staffed free paper 24 Hours into our newsroom. They were automatically made union members and put on a wage grid. And I had to explain to a room of confused-looking 20-somethings what benefits were (and that yes, it’s not a cruel joke, some of them were looking at five-figure wage increases).

I wish this story had a happy ending. But the English-language 24 Hours papers were shut down over the next several years. Not that that wouldn’t have happened anyway. And for awhile at least, the young employees got to earn significantly more than a barista.

It’s not like we didn’t know there’d come a day when “good jobs” would be significantly outnumbered by people to fill them. It’s just that we were crazily optimistic about it — The Jetsons being the model for the future of leisure and four-hour work days we envisioned. It apparently occurred to no one to ask what would happen to the money saved in leisure world.

He’s smarter than I was with my BA, though. At the end of the line is his engineering degree at Lakehead University in, yes, Thunder Bay.

He’s already learning to program and design replacement parts for the robots that will replace the last few people on the factory floor.