Gordon Pape: Yeast May Be Your Next Big Investment Opportunity 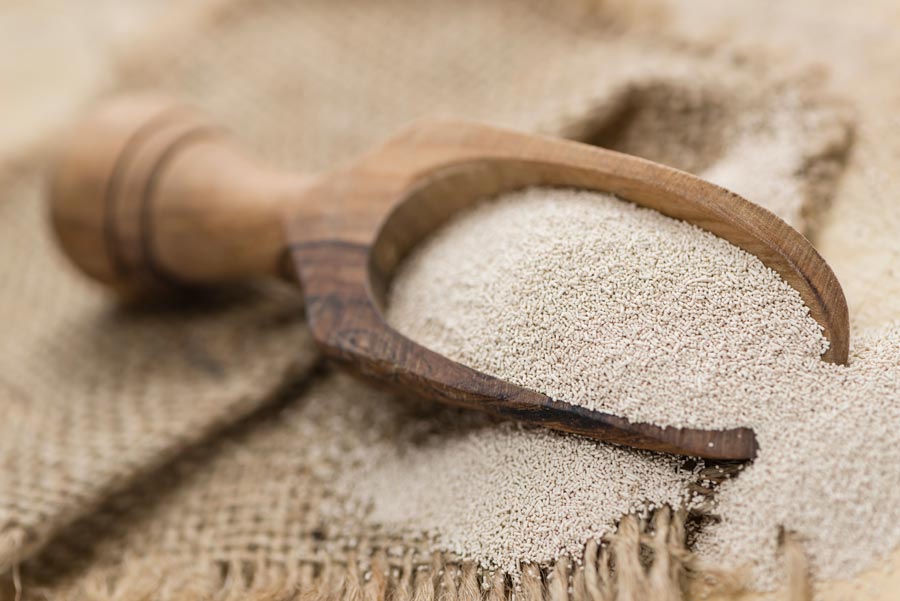 Yeast, of all things! We use it to bake bread, brew beer and make wine, and been doing so for centuries. Nothing new here.

Except there is. No one is paying much attention yet, but several companies are looking to disrupt the traditional food chain by creating a range of yeast-based products.

For example, a small company in California called Perfect Day has devised and patented a technique for making milk-type proteins from yeast cells. These would then be used in the production of such dairy staples as yogurt, cheese, and, yes, even animal-free milk.

“We’re creating a better way to make dairy proteins – the same nutritious proteins found in cow’s milk. And we’re doing it without the help of a single cow,” the company says on its website. “Our dairy proteins are the perfect base for dairy foods, ensuring the same delicious taste and texture – and with less impact on the earth.”

If these folks ever hit it big, bid farewell to supply management and to dairy trade disputes with the U.S. or anyone else.

Perfect Day is not alone in looking to yeast as a source of protein-based substitutes for a wide variety of products. Lesaffre, a large French company, is exploring the uses of the micro-organism in the creation of a wide range of food products that it says will provide “natural food flavors that reveal tastes and aromas…(and) optimize nutritional and sensory qualities”.

Lesaffre is also looking well beyond human food to expand its business. Cosmetics, perfume, pharmaceuticals, and agri-foodstuffs are among the other businesses it is targeting.

“Suitable for an infinite variety of applications, our innovative product lines cover the needs of those working in the fields of human, plant and animal nutrition, and health care. Each of the developments initiated by Lesaffre targets the same core issue: helping to better protect and nourish the planet, in an environmentally-friendly manner,” the company website says.

Lesaffre is the largest company that is primarily devoted to developing new products from yeast and yeast extracts, but it is not publicly traded.

But Archer Daniels Midland is listed on the New York Stock Exchange under the symbol ADM. The company has entered into a joint venture with Lesaffre and is a leader in the use of yeast to develop a range of animal feeds.

One of them is CitriStim, a feed ingredient for livestock, equine, poultry, aquaculture, and companion animals that is produced in a recently upgraded facility in North Carolina.

In 2016, ADM announced the launch of PROPLEX DY, a high-quality protein source for swine nursery diets. It was developed to fill a need for a quality protein source with low anti-nutritional properties to help nutrient absorption and animal growth. PROPLEX DY is composed of dried Saccharomyces yeast (non-active yeast), which is a source of highly digestible amino acids “that yield economic and nutritional benefits to swine, poultry and aquaculture diets”.

Earlier this year, ADM’s Animal Nutrition division, announced the launch of Versify, a yeast protein food for dogs and cats.

The company describes Versify as “a highly palatable dried yeast alternative to traditional plant and animal proteins that delivers a balanced profile of essential amino acids with low levels of fat and calcium”.

Animal Nutrition technical manager Gary Davenport said: “Pet food and treat manufacturers are continuously seeking new protein ingredients that are high-quality, cost-effective and label-friendly. Versity has an amino acid profile similar to an egg, but at a more economical price, making it an ideal complementary or replacement protein source for dogs and cats.”

At this point, yeast-based products are a small part of ADM’s overall business. The company produces a wide variety of foods, ranging from bakery mixes to corn syrup. It is also involved in the biofuels business, including the production of ethanol.

From a financial perspective, this is a very sound company. Second-quarter revenue was $17.1 billion, up from $14.9 billion in the same period last year (figures in U.S. dollars). Net earnings were $566 million ($1 per share) compared to $276 million ($0.48 per share), although part of that gain can be attributed to U.S. tax reform. The effective tax rate for the quarter was 13 per cent, down from 28 per cent in 2017.

The stock pays a quarterly dividend of $0.335 ($1.34 per year) to yield 2.7 per cent at the current price. Ask your financial advisor if it is suitable for your account.