Stock Smarts: Why The Trumped Up Market Isn’t Easy To Predict 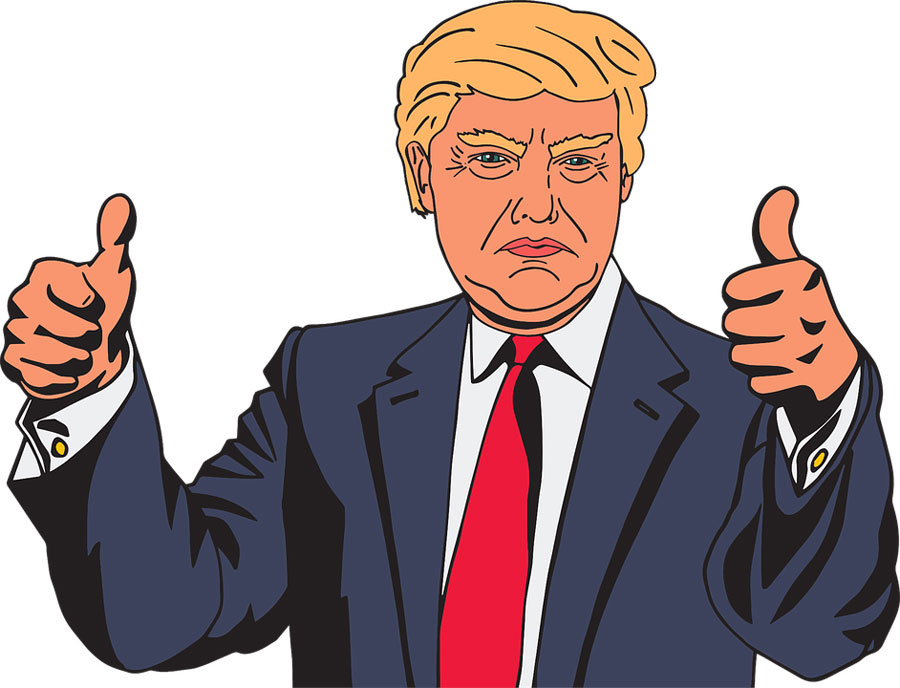 Where are the markets going now? Who knows?

I was asked to offer my predictions at last month’s Toronto Money Show. It was like gazing into a snow globe that had just been given a good shake.

Predicting the course of the stock market at any time is an exercise in educated guesswork. No one really knows where we are headed until after the fact. There are so many variables that conditions can literally change on the basis of a tweet.

That’s especially true right now, due to a wild card such as we have never experienced before – Donald Trump.

People have accused him of being unpredictable. He’s not. He has consistently pursued the same objectives he outlined in the 2016 election campaign – America first, last, and always and to hell with everyone else. His base loves it.

This President says a lot of outrageous things, but it is a mistake not to take him at his word. When he threatens to ruin the Canadian economy by imposing tariffs on cars, he means it. I suspect he would be quite happy watching Justin Trudeau (and the rest of us) suffer. He’s developed what appears to be a visceral dislike for our Prime Minister and doesn’t care what collateral damage results as long as it plays well at home. I can hear the cheers now when he mounts a campaign platform and proclaims: “Those Canadians have taken advantage of us for decades. Not anymore! I love them dearly but enough is enough!”

What is unpredictable is how investors will react to whatever new policies are coming. So far, the market has been unperturbed. The S&P 500 keeps setting new records for the longest bull market in modern history.

Of course, we need to remember that most of this bull run – from 2009 to the start of 2017 – occurred under president Barack Obama. It was his policies and those of the Federal Reserve Board that prevented the Great Recession from deteriorating into a long depression.

That said, Mr. Trump can claim credit for several moves that extended the bull and boosted the U.S. economy. The most important of these are the tax reform bill passed last December and deregulation.

The tax changes would have boosted corporate profits even if the economy hadn’t been strong to begin with. Deregulation has encouraged more business investment. The combination contributed to second quarter growth of 4.1%, the strongest performance by the U.S. economy in many years.

Mr. Trump’s isolationist trade policies may also be contributing to more business investment in the States.

Companies are becoming more hesitant about building or expanding new facilities abroad – and that includes Canada – without the certainty of access to the U.S. market.

That was confirmed by a new report from the Fraser Institute. It said the growth rate of capital investment in Canada has slowed to a 40-year low, with negative implications for living standards for workers and overall economic growth

There is no immediate sign that any of this is about to change. U.S. economic growth will probably slow for the rest of the year, but it will still be strong. Corporate earnings will continue to show significant improvement over last year, boosted by the tax cuts. We will probably continue to see strong job creation.

In short, there is nothing on the immediate horizon to derail this U.S. bull. The odds of a recession in the next 12 months are very low. That suggests stocks will continue to move higher, at least in the short term.

They say bull markets always have to climb a wall of worry. Well, right now there is a lot to worry about if we look out a year or two.

For starters, interest rates are moving higher, which is always a concern for the markets.

The fed has already raised rates three times this year and has signaled that there will be at least one more increase in 2018 and more in 2019.

Every rate increase is going to put pressure on consumers and businesses. Current forecasts are for non-mortgage consumer debt in the U.S. to reach a record $4 trillion by the end of this year. Corporate debt has hit $6.3 trillion. The national budget deficit is expected to top $1 trillion next year. The total U.S. national debt at the end of July was $21.3 trillion.

That’s a lot of trillions that are exposed to rising rates. Maybe everyone can cope with it. But a lot of economists think not.

I’m also concerned about the growing lack of qualified employees to fill the jobs Mr. Trump is determined to create.

According to the OECD, there were more than 6.6 million unfilled job openings in the U.S. at the end of May, the highest in this century. That includes jobs at all ends of the scale, from burger flippers to software engineers.

And with a government that is openly anti-immigration, it is likely that number will keep rising until the next recession.

Protectionism is next on my wall of worry. In the short term, it may be prompting more domestic investment in the U.S. But, in the long term, it will lead to higher prices for consumers, through a combination of tariffs and reduced efficiencies.

That, plus the labour shortage, will end with wage and price inflation. Hopefully, it won’t be as bad as we saw in the 1970s when both Canada and the U.S. were forced to impose wage and price controls. But all the components are falling into place.

So where does all this lead?

For starters, the U.S. bull market is not over – yet. But once we get into 2019, the profit boost delivered by tax cuts this year will be fully absorbed in the financial reports. That means that we’re unlikely to see the big jump in earnings we experienced this year. Next year’s percentage gains will pale in comparison.

As for Canada, our bull market will quickly become a distant memory if the NAFTA talks fail and Mr. Trump responds by escalating the cross-border trade war, especially if he hits cars.

All this suggests you should favor U.S. over Canadian stocks. No matter how you cut it, Canada is in a rough spot. We’re the prime victims of Trump’s protectionism, we’ve made a total mess of our energy policy, and we’ve become a less attractive place to invest.

That’s not a pretty picture and hopefully it will change. Maybe Trudeau and Trump will suddenly become buddies again. And maybe pigs will fly.

Unless that happens, be cautious about investing in Canadian stocks. Focus on companies with strong international operations (Scotiabank, CAE, etc.) and avoid those that are heavily dependent on U.S. exports (automotive parts).

All this could change with a NAFTA agreement. But until that happens, be wary.