Stock Smarts: Are We Seeing Another Tech Wreck? 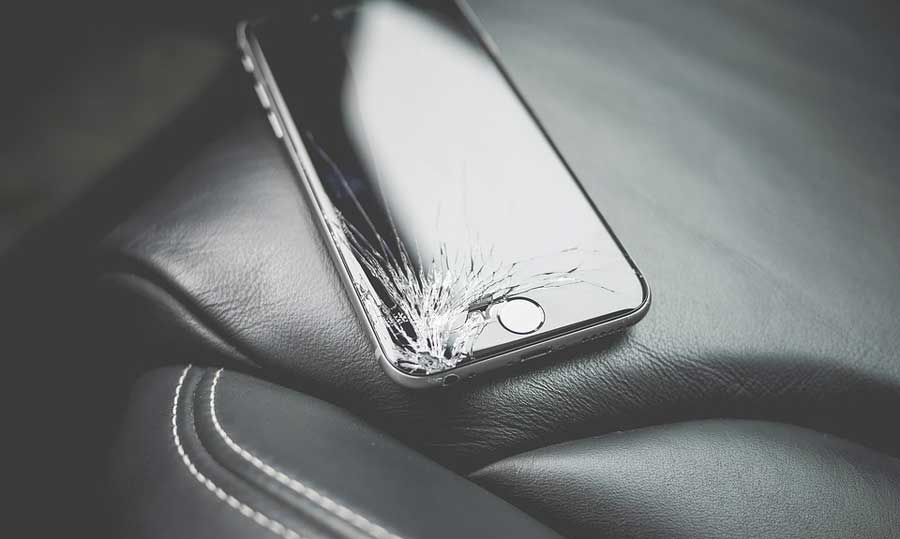 Technology stocks have entered a bear market. Are we seeing a repeat of 2000?

It’s been a lousy autumn for tech stocks. Analysts estimate that the so-called FAANG stocks (Facebook, Amazon, Apple, Netflix, and Google) have lost anywhere from $700 billion to $1 trillion in value. Apple and Amazon also lost their short-lived trillion-dollar market cap distinction. And we may not have seen the bottom yet.

It’s been a huge blow for the sector and a painful experience for investors who had bid up prices to unrealistic levels. But let’s keep matters in perspective. This current version of the tech wreck is a far cry from the one we experienced in 2000.

Back then, billions of investor dollars had poured into companies with good stories but limited sales and often no profits. Not surprisingly, many of them went bust.

This time around, the retreat is driven more by profit taking in a market that was clearly oversold. For the most part, these companies are still growing and profitable, just not at a rate that could sustain their extended valuations. This is not a stampede away from a fledgling industry but rather a normal correction in an overheated environment. None of these companies is going out of business. They’re here for the long haul.

Let’s take a closer look at three of the FAANG recommendations in my Internet Wealth Builder newsletter and see where they stand at this point. Netflix is not included, as we never recommended it. We advised selling Facebook last April at $159.79 (figures in U.S dollars).

Background: Amazon is the world’s largest on-line retailer, but its business extends to a wide range of other products and services including cloud storage, film production, video streaming, and artificial intelligence.

Performance: Amazon shares topped briefly topped $2,000 in August and hovered around that level until early October, when they started to slide. They are now down 23 per cent from the all-time high of $2,050.50, putting them firmly in bear market territory. The good news is the stock is still up 92 per cent from our original recommendation.

Recent developments: Amazon reported huge gains in both sales and profits in the third quarter. They just weren’t enough to satisfy investors, who have become increasingly unrealistic in their expectations.

Operating income increased to $3.7 billion in the quarter, up from $347 million in third quarter 2017.

Great numbers, you might say at first glance. Nope, said the analyst community. Revenue came in below expectations and the 46 per cent growth in Amazon Web Services also fell a little below forecast.

The forecasts for the fourth quarter were also a little tepid. The company expects net sales of between $66.5 billion and $72.5 billion (growth of 10-20 per cent) compared with fourth quarter 2017. That would be the slowest quarterly sales growth in several years. Operating income is expected to be between $2.1 billion and $3.6 billion, compared with $2.1 billion last year.

Conclusion: Amazon may not be growing as quickly as investors would like but the sales figures are still impressive, and the company is showing steady improvement in bottom line results.

Action now: I recommended that our newsletter readers sell half their position last April for a 77 per cent gain. Hold the balance. If you don’t own shares, keep a close watch on the market. If the stock dips further, start to build a position.

Background: Alphabet is the corporate name for Google. The firm implemented a major restructuring in 2015 that created Alphabet as a holding company with several autonomous business segments under it. They include Google, which includes Android and YouTube, Nest (home automation), Calico (anti-aging research), Fiber (high-speed Internet), Google Ventures (new company investments), Sidewalk Labs (city infrastructure), and X Lab (driverless cars and other “moonshots”).

Performance: If you invested at the time of the original recommendation, you benefitted from a two-for-one stock split. That means you own shares in both GOOGL (which has voting rights) and GOOG (which does not). We track GOOGL, which hit a high of $1,291.44 in July and then went into a prolonged slump, before staging a modest recovery.

Analysts liked the profit numbers but were concerned that revenue was below forecast. There was also some worry about the third quarter operating margin, which fell from 28 per cent to 25 per cent.

Conclusion: Much the same as Amazon. The company continues to show strong growth and a steady increase in profits. This is another example of the price running up too fast.

Action now: Hold. As with Amazon, buy on any further weakness.

Background: If you need an introduction to Apple, you must live in a cave. Almost every home has at least one of the company’s products: iPod, iPad, iPhone, Mac computer – the list goes on.

Recent developments: Apple’s latest quarterly results (to the end of September) looked good at first glance but critics were sceptical. The company posted record quarterly revenue of $62.9 billion, an increase of 20 per cent from the year-ago quarter. International sales accounted for 61 per cent of the quarter’s revenue.

“We concluded a record year with our best September quarter ever, growing double digits in every geographic segment,” said Luca Maestri, Apple’s CFO. “We set September quarter revenue records for iPhone and Wearables and all-time quarterly records for Services and Mac. We generated $19.5 billion in operating cash flow and returned over $23 billion to shareholders in dividends and share repurchases in the September quarter, bringing total capital returned in fiscal 2018 to almost $90 billion.”

So, what’s the problem here? Two things. First, reports from Apple suppliers indicate orders are declining, suggesting sales of iPhones and other products may slacken next year. Second, there is concern that Apple has lost its innovative edge and is relying on high-priced upgrades of existing products to carry the sales load. That in turn has led some analysts to downgrade the stock, including Rob Cihra of Guggenheim who dropped his rating from Buy to Hold last month.

According to TipRanks.com, analysts as a group still like the stock, however, rating it a Moderate Buy with a consensus target of $236.27.

Conclusion: Apple has some problems but big stock buybacks, a decent dividend ($2.92 annually), a reasonable p/e ratio of 14.56, and solid gold balance sheet make it a good place to hide in rough times. Hold.

Summing it up, all these companies, and many others in the hard-hit tech sector, are simply in a correction mode. This was to be expected in the context of the dramatic price run-up we experienced. Give these stocks time to find an appropriate new base and then sit back and await the next run-up.

Talk to your financial advisor before making any decisions.