5 Ways to Manage Your Money Once You Retire 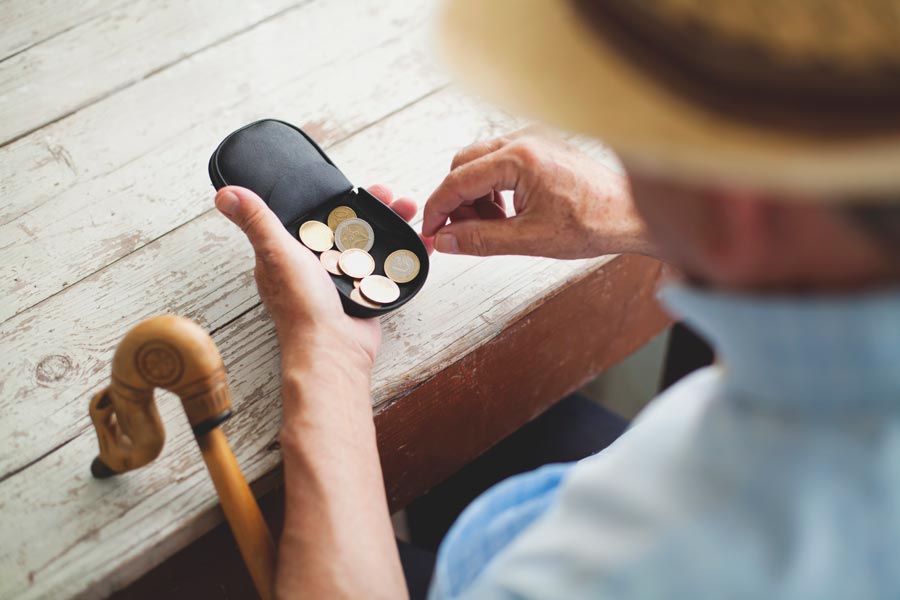 Although you don’t have to spend like a rap star, at some point you’ll have to start dipping into the piggy bank. Here, how to spend wisely from your retirement savings.

Decumulation. It’s a word that’s unfamiliar to most people, but one every retiree has to live with. How well you cope will go a long way to determining how happy you feel about those post-earning years.

Decumulation is the stage in life when you stop accumulating assets and begin to unwind them. Homeowners who decide to downsize to a condo or apartment are a prime example.

When it comes to money, decumulation is the point at which you stop saving and start spending your nest egg. For example, registered retirement savings plans (RRSPs) represent your accumulation phase – you’re trying to accumulate as much capital as possible to fund your retirement years. When you make the switch to a registered retirement income fund (RRIF), you’re moving into the decumulation phase. Now all the money you saved is being withdrawn on a periodic basis to help pay for your post-career lifestyle.

The Association of Canadian Pension Management (ACPM) calls decumulation “the next critical frontier.” It recently published a report saying that more needs to be done to provide support for people who have moved from capital appreciation plans (CAP) to the decumulation stage. CAPs include defined contribution pension plans, group RRSPs, deferred profit sharing plans and various non-registered arrangements. Defined benefit pension plans, which guarantee an income at retirement that is typically based on a combination of salary and years of service, are not included.

The association estimates that about 2.6 million Canadians are members of defined contribution pension plans or group RRSPs, neither of which guarantees a specific level of income at retirement. Many of these people receive varying degrees of financial guidance while they are in the accumulation stage. However, this support typically ends when they retire and enter the decumulation phase, leaving them adrift at a time when they have to make key decisions on estimating their lifespan and deciding how much money to draw down each year.

“We believe that the decumulation challenges facing current and future retirees are significant and this issue should be a priority for governments as well as the entire retirement income industry,” says Michel Jalbert, chair of the ACPM board.

The report points out that people without a guaranteed defined benefit pension plan are pretty much on their own when it comes to coping financially. The authors would like to see systems put into place that pool investment and longevity risks, realize economies of scale by reducing administrative and investment costs, and offer easy to understand investment options.

The study estimates that Canadians who are left to cope with decumulation on their own will end up with retirement income that is 20 to 30 per cent less than the typical member of a defined benefit pension plan will receive.

It calls on governments and employers to take action to create national best-practices guidelines for the decumulation of CAP balances. Among other things, these guidelines should be designed to minimize or eliminate conflicts of interest on the part of advisers and require full transparency when it comes to costs and risks.
As well, governments are urged to amend legislation to encourage more people to purchase deferred annuities and to create pooled decumulation plans that would reduce personal risk.

“Right now annuities can only be deferred to age 71, which is also the maximum age for starting to draw retirement income,” says Kathryn Bush, a partner at Blakes LLP and the chair of the national policy committee of ACPM. “We think deferred annuities could protect retirees against longevity risk and urge changes to the tax act to permit them beyond 71.”

These are useful ideas and they are starting to get some attention at senior levels. The Canadian Association of Pension Supervisory Authorities (CAPSA), which comprises the federal and nine provincial pension regulators, has struck a working group to examine the whole issue. The federal and Ontario governments have also expressed interest, says Ms. Bush. You can read the full report at www.acpm.com.

But despite growing awareness, it will probably be some time before we see any changes in the current system. So what can you do right now to ensure you’ll be able to feel good about your retirement in the decumulation stage?

Create a budget that estimates how much money you’ll need each year to maintain your lifestyle. Calculate how much you’ll require after taking into account CPP, OAS, and any other sources of income you have. The difference will be the amount you need from your RRIF, LIF, defined contribution pension plan or whatever CAP plan you have.

One of the main concerns of the ACPM report is investment risk. Years of savings could be decimated by a stock market crash of the 2008 variety. Since you can’t pool your risk with others at this point, reduce it by increasing the proportion of fixed-income securities in your account (bonds, GICs, etc.). They don’t pay a lot but if the stock market plunges you’ll be glad you own them.

This is not easy if you aren’t part of a group plan. But there may be cost savings by moving to a fee-based account, which gives you access to low-cost F series mutual funds and commission-fee trades. Ask your financial adviser for a quote. The more money you have invested, the lower the fee should be.

4. Have a cash reserve

Don’t put yourself in a position of having to sell securities in a falling market because you need money. Maintain a cash reserve equivalent to at least one full year of withdrawals.

5. Move to an annuity in later years

You can eliminate longevity risk (the risk of outliving your money) by switching some or all of your assets to a life annuity after age 87. That’s the point at which the minimum withdrawal schedule starts to deplete the money in a RRIF/LIF at an extremely rapid rate. The minimum withdrawal at 88 is 10.21 per cent and it increases annually to 20 per cent at 95 and older. If you’re fortunate enough to live that long there is a real risk the cash will be gone before you are. An annuity will prevent that. You can’t transfer money directly from a RRIF to an annuity but you can withdraw an excess amount and use that money to purchase one. You can claim an offsetting deduction at line 232 on the tax return.

Some day, we may have a national program that enables Canadians to reduce risks and costs in retirement. In the meantime, you’re on your own but if you follow my suggestions you should do just fine and enjoy a feel-good retirement.

Gordon Pape is the editor and publisher of the Internet Wealth Builder and Income Investor newsletters. Go to his website at www.buildingwealth.ca.

A version of this article appeared in the September 2017 issue with the headline, “Make It Rain,” p. 36.