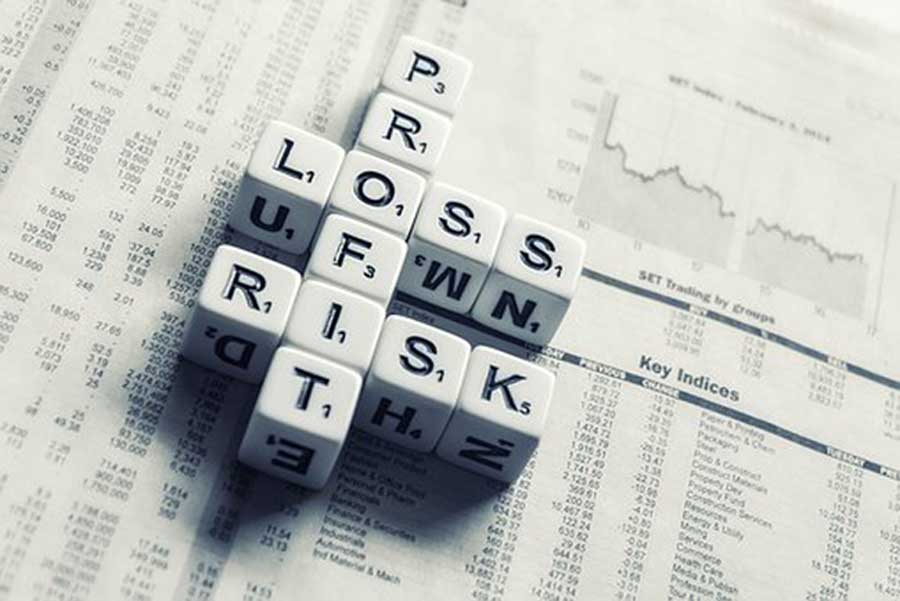 Income investors should always take a conservative approach when it comes to portfolio building. This is the time of life when cash flow and asset preservation are the top priorities. Capital gains are nice, but they should not take precedence.

Especially now. As we have witnessed in the past two months, stock markets have become highly volatile. We’ve seen several swings of more than 500 points a day in the Dow Jones Industrial Average, and on Dec. 26 the index posted a record one-day jump of 1,086 points after hitting a low for the year on Christmas Eve.

Now that’s volatility! As an income investor, that’s not a game you want to play.

Unfortunately, we can probably expect a lot more of the same this year. Investors are trying to make sense out of a wide range of unknowns, any of which has the potential to send the markets into a tailspin. Here are just a few.

Earnings season. Fourth-quarter and year-end financial results started coming out this month, with several big banks among the first to report. Analysts are watching the numbers closely. A major concern is the number of companies that have issued warnings that revenues and/or profits are going to be lower than expected. Apple stock was savaged after it forecast a multi-billion revenue shortfall in the fourth quarter, due mainly to slower sales in China. More news along those lines would rock an already nervous market.

Trade wars. The U.S. and China are talking. Good. Will they reach a deal? Who knows? The current tariff truce holds until March, unless President Trump changes his mind (which he has been known to do). If the negotiations break down, or go into an indefinite overtime, world trade will be hurt with a resulting impact on global GDP growth. Investors will not like that.

Interest rates. Federal Reserve chair Jerome Powell has indicated that the pace of rate increases may slow in 2019. That would be good news for stocks – rising rates always depress share prices.

These issues are going to take time to play out and we will undoubtedly see other concerns emerge as the year progresses. Your best option in these circumstances is to go on the defensive, if you are not already there. Here is what I suggest.

Review your asset mix. Many people probably have too much equity exposure. The long bull market increased stock valuations significantly, even those of low-risk companies. For example, in January 2009 shares in Fortis (TSX, NYSE: FTS) were trading in the $24 range on the TSX. Today they are almost double that. So even if you didn’t invest another penny, Fortis accounts for a larger portion of your assets. Multiply that by all your other stocks and you can quickly see how valuation creep can throw your asset allocation off-kilter.

If you haven’t done so recently, set aside some time to review all your holdings and calculate what your current asset allocation looks like. If more than 60 per cent is in equities, consider reducing that position, keeping tax consequences in mind, of course.

Ideally, income investors should have no more than 50 per cent of their portfolio exposed to the stock market at this stage (less if you are over 65). I suggest holding 10 per cent in cash (15-20 per cent over 65) and the rest in bonds or bond funds. The Canadian bond market actually finished 2018 modestly in the black (as opposed to a 11 per cent+ loss on the TSX) and is in positive territory so far in 2019 (+0.71 per cent as of the close on Jan. 24).

Buy utilities. In a recent column I wrote that I felt utilities had been oversold and offered good value and attractive yields at current prices. Fortis hit a low of $43.58 on Dec. 24, shortly after that column was published, and has since recovered to $46.22 (Jan. 25). Emera (TSX: EMA) closed at $41.88 the same day and now trades at $45.48. Algonquin Power and Utilities (TSX, NYSE: AQN) bottomed at $13.36 that day. It has recovered to $14.50 since then. We’re only looking at a short time frame here, but I believe my assessment that utilities are a good buy at these levels will prove valid as the year unfolds.

Buy REITs. REITs surprised in 2018 by finishing in the black, despite rising interest rates. They have continued to edge higher so far this year, with the S&P/TSX Capped REIT Index up 6.6 per cent in 2019 (to Jan. 24).

Add bonds as insurance. In a recent analysis of the economy and the markets, GLC Asset Management, which looks after more than $50 billion in investors’ money, said: “Fixed income’s value as a risk mitigation tool has increased and continues to increase the longer we go in the cycle”. The returns on fixed income won’t be great but think of your bonds as insurance against a market meltdown.