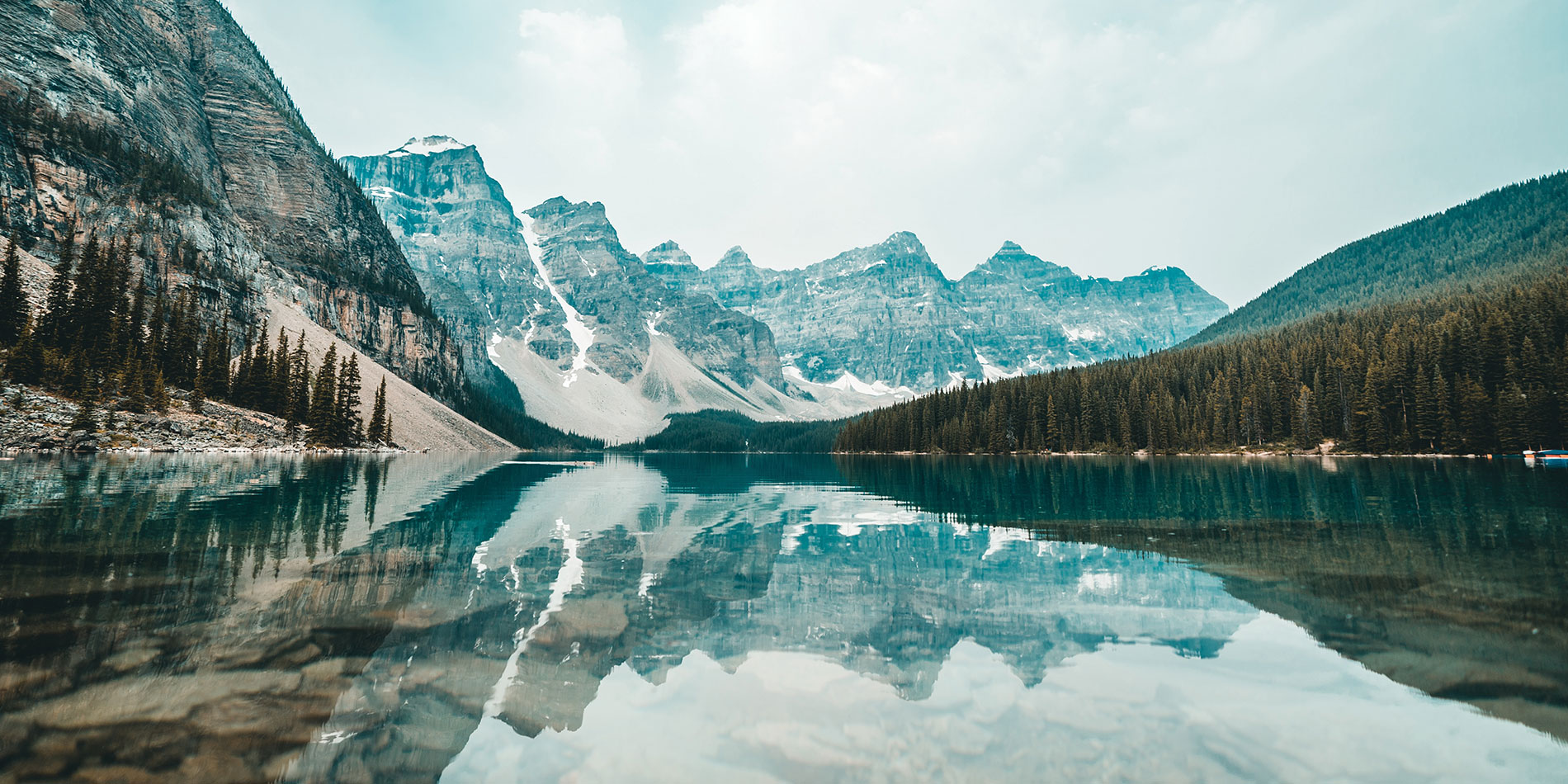 We’ve been as busy as beavers! As mighty as our natural resources are, David Cravit argues that it’s our country’s innovative products and companies that have put Brand Canada on the map.

That’s always been the knock against Canada. Blessed with almost unlimited natural resources that we can just reach out and dig up, pump or harvest, we’ve never had to develop a risk-taking, entrepreneurial spirit. As a result, we’ve been laggards when it comes to innovation. We don’t develop new products. We don’t start world-class businesses. We leave all that to others—especially the Americans.

So goes the story—but it’s a myth. And perhaps there’s no better time to recognize it—and to put forward the much more exciting reality—than right now as we celebrate Canada’s 150th birthday. The truth is that an astonishingly high number of world-renowned products have been invented or developed in Canada. And that many Canadian companies have achieved world status. And that the future is bright: Canada has one of the highest rates of innovation and entrepreneurship in the world.

Three bold assertions, especially considering how prevalent the opposite view has been. As Bank of Canada governor Stephen Poloz said in the annual Benefactors’ Lecture to the C.D. Howe Institute this past November, “We have been much more than hewers of wood and drawers of water for a long time, yet the cliché lives on.”

A critic could ask, “What about companies?” The question goes to another knock against Canada: maybe we can develop a one-shot product here and there, but can we create entire businesses capable of world-scale competitiveness?

To be fair, we often don’t retain the ownership of our most successful giants. But we do have an impressive track record of starting up and building companies that produced goods that have changed the world.

It’s only fitting, given that our first brand, the Hudson’s Bay Company, was incorporated in 1670 and controlled the fur trade in North America for centuries, even functioning as a quasi-government over the most remote parts of the continent. The Hudson’s Bay Company actually helped create Canada as we know it today when most of its territory was transferred to the Crown, leading journalist and author Peter C. Newman to dub it “the company that became a nation.”

Another name embedded in the Canadian story is Massey-Harris.While the Massey name is synonymous with public service and philanthropy—for instance, they built and donated Massey Hall, Toronto’s historic concert venue—Massey-Harris was started in 1847 in Newcastle, Ont., producing some of the world’s first threshing machines and reapers and, in 1938, developed the world’s first self-propelled combine, revolutionizing farming production on a global scale.

Other great Canadian companies have a more modern trajectory. Take BlackBerry founded as Research In Motion, in Waterloo, Ont., in 1984. The company was one of the first wireless data technology developers in North America and within 10 years, had a global user base approaching 40 million customers. Then, the 2002 handheld device with phone capabilities—sometimes referred to as a “crackberry” to signify users’ non-stop reliance on the device (like U.S. President Barack Obama)—took off. However, the 2007 launch of what BlackBerry then considered an upstart, the iPhone, eroded its cachet to the little the company has today. Despite what the markets and the cool kids say, BlackBerry is still rich with patents and no doubt started the mobile revolution that has transformed communications in our time.

And who would have thought that MAC Cosmetics, an insider line, whipped up by makeup artist and photographer Frank Toskan and salon owner Frank Angelo in their Toronto kitchen, would end up on the vanguard of gender identity, gay rights and AIDS research.

The black-clad MAC cosmetic counter staff with their individualistic hair and makeup expressions, the more avant-garde the better, reflected the company’s refusal to conform to the mainstream like other brands. It was also an early proponent of shades for all skin tones and proved, for better or for worse—and, in this case, better—that progressive values can be economically viable. This, decades before the “resist” fashion and beauty regularly marketed today.

Inspiring stories, no doubt. But that only leads to our third question: what’s next? In this dizzying high-tech world, can Canada really keep pace? Where is the next generation of innovation coming from?

On this front, the news is good. And there is a surprising twist—the older generation is playing a big role. Let’s take a closer look.

First, a caveat: when you look at innovation, there’s always something to be anxious about. The pace of technological development is so fast, it’s hard to keep up—and tempting to think that everyone else must be smarter. As well, there’s the non-stop litany of white papers on innovation, think-tanks claiming we’re falling behind, government promises to create more funding, urgent conferences on the need for more training, for smarter investment.

You could argue, in fact, that it’s good to be a little uneasy. With that said, the picture is actually very positive. Here are some numbers that may surprise you.

According to The Centre for Innovation Studies (THECIS) in Calgary, we have “the highest rate of early-stage entrepreneurship among the major developed countries in the World Bank category on innovation-driven economies, with 14.7 per cent of the adult population between ages 18 and 64 years having undertaken a business start-up in the last three years or are operating a new business less than 3.5 years old.” Australia is second, with 12.8 per cent, and the U.S. is third, with 11.9 per cent.

What’s particularly striking in these numbers is the strong showing of seniors (in the THECIS report, ages 65 to 99), as 48.2 per cent said they feel the opportunities for entrepreneurship are strong, and 47.4 per cent said they believe they have the skills and knowledge to start a business. Can this be true in real life? Is it actually happening?

The age distribution in that same report is revealing. It tracked the participants in TEA (total early-stage entrepreneurial activity) by age. In Canada, the 45-plus represented 37 per cent of the total, while in the U.S.A., the number was only 32 per cent. Clearly, entrepreneurship and innovation are not reserved for techy millennials!

This observation is further supported by figures from Vividata, which measures Canadians against an enormous number of data points—demographics, shopping habits, attitudes and media usage. In this cohort:

It makes perfect sense. This older demographic has both the attitude (“Why stop now?”) and the skills and experience to be very effective creators or managers of new business ventures.

And Canadian society is providing strong infrastructure to encourage just that. Colleges and universities are pursuing this older group as a lucrative new source of students who want to upgrade skills or learn new ones, and the growing popularity and effectiveness of online learning makes it increasingly practical.

There is also a strong formal recognition of their value as mentors to the younger generations of entrepreneurs. One of the best examples is the University of Waterloo’s Accelerator Centre, which helps innovators turn their concepts into viable businesses. The centre boasts a team of in-house mentors (as of this writing, five of the seven listed are old enough to have used a rotary telephone most of their lives). Fields of expertise include sales and marketing, public relations, technology, finance, human resources and design strategy.

Whether they’re taking charge themselves or mentoring the next generation of entrepreneurs, it’s clear boomers and beyond will have an important role in developing the new stars in Canadian business. Which means the story will only get better.

Did you know? Game-changing products invented in Canada

We could devote this entire article—in fact, many articles—to this one category alone. But here’s just a small sampling.