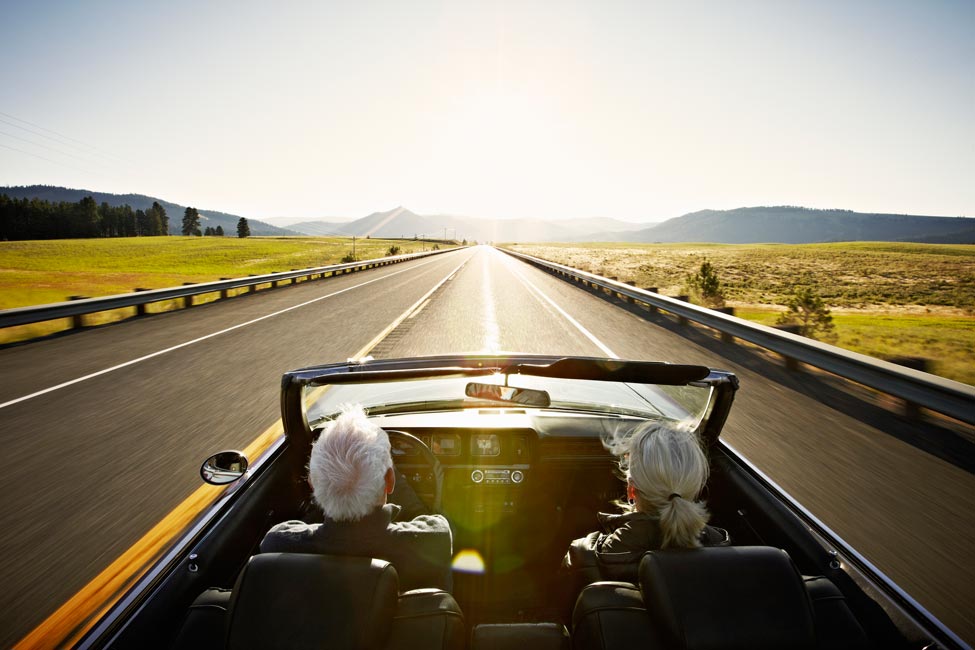 Will You Outlive Your Money? 9 Financial Mistakes to Avoid

How secure is your financial future? Here, why you might outlive your retirement savings — and what you can do to prevent it.

According to a survey conducted in 2016 by Transamerica Center, 59 per cent of American workers expect their lifestyle to stay the same or increase while in retirement. Fair enough. But for only 26 per cent of them saving for retirement is the greatest financial priority.

Canada follows the trend. Between 2009 and 2014, retirement preparation rates dropped from 81 to 78 per cent among Canadian labour market participants.

Whether American or Canadian, the reality is: defined-benefit pension and social security are two big question marks hanging over our heads – a fact that led us towards self-funded savings. In the U.S., for instance, retirement accounts have become one of the most frequently cited expected sources of retirement income.

As far as we know, retirement preparation strongly varies according to level of education. Using data from 2014, Statistics Canada shows 54 per cent of university degree holders knew how much to save for retirement. Among those who never completed high school, only 43 per cent did.

Where is all our money going?

Ignore the media reports for a moment. The news isn’t all bad — on the whole, we’re living longer and more active lives. The average life expectancy now hovers around 82 years in Canada and 79 years in the U.S., and more people are living well into their eighties, nineties and beyond. Science has come a long way too — not only are there more ways to delay, detect and treat disease, we have more tools and information to be proactive about our health.

And no, those additional years aren’t spent in a rocking chair. Between volunteering, new business ventures, travel, hobbies and family and friends, many people are busier in retirement than they were when they were employed.

Boomers’ parents are living longer too, putting added pressure on the “sandwich generation”. Not only do boomers help out their children and grandchildren, they provide financial support and care to their parents.

Then there’s the double whammy of the past years of economic turbulence. Not only did portfolios and nest eggs shrink, many people lost their jobs — and age is often a barrier for finding new work. Those who were lucky enough to keep their jobs saw salary cutbacks and lost raises and bonuses.

Finally, there’s growing household debt and increasing costs across the board — including new taxes and fees. When people are struggling to make ends meet, a far-off event like retirement isn’t a priority.

1. Not knowing your number.

How big does your nest egg have to be? Many people don’t know, and that can be a significant barrier to an effective plan. While calculating how much you’ll need isn’t an exact science, speaking with a financial planner (and even getting a second opinion) can be a big help.

Also, learn what you can do about retirement planning. Sources of information include magazines, blogs and books. In addition, online calculators can provide some basic guidelines.

Even the best laid plans can be disrupted by unforeseen circumstances like an accident or chronic illness. Experts warn that our retirement funds should keep in mind increasing healthcare costs as we age as well as other situations we can’t predict — like what happens if you or your partner has a stroke during the saving years.

You’ve got a plan — but have you reviewed it lately? It’s time to stop ignoring your statements. While it’s easy to “set it and forget it”, experts recommend a regular review to make sure your investments and savings are in the right places — and that you aren’t paying unnecessary fees.

Before retirement, overspending on “wants” means there isn’t enough cash to build a nest egg — robbing people of the benefits of compound interest. After retirement, those spendthrift habits mean people may burn through their funds faster then they think. Don’t let the desire to “have it all” outweigh the need to “have it last.”

Our increasing debt load spells disaster in the long run because interest works against us, not for us. Some debts are okay — like reasonable loans for a house or an education — but high interest debt should be avoided. Only making minimum payments and using a credit card as an emergency are also no-nos.

It’s become a favourite line of many financial gurus: sometimes you just need to earn more money. Many people think they need a sure-fire business plan to start their own venture, or they underestimate their expertise and don’t pursue freelance or consulting work. Worse yet, we’re often too shy to negotiate our salary when taking a new job, or to ask for a raise. Experts advise to start rethinking those barriers and look for ways to increase our income (to save it, not spend it). Consider starting a side business, or selling off unwanted stuff.

Parents, kids and even the grandkids are often in the financial picture, but experts warn boomers against too much sacrifice that could put future security at risk. For instance, sacrificing your retirement savings for your children’s education can backfire. It’s important to remember that remaining financially independent is also a gift to your family.

Delaying retirement has become a necessity for many people, but it’s a sound strategy for everyone. Not only do you have more years to save (potentially at the peak of your earning potential), you won’t have to draw on your retirement income during those years. You don’t have to stay at your full time job indefinitely. Many people pursue new career goals in retirement — like starting a business — or earning some extra cash with flexible, part time contract or consulting work.

9. One last major obstacle: Getting discouraged.

This whole process isn’t easy: it’s frustrating, confusing and difficult, and it requires sacrifices with no immediate payoff. Many people simply get discouraged and don’t pay enough attention to the details — or give up altogether.

The good news is that experts say it’s never too late to start a plan or to play catch up. Truthfully, we don’t know what the future holds, but even small changes now can make a big difference later on.