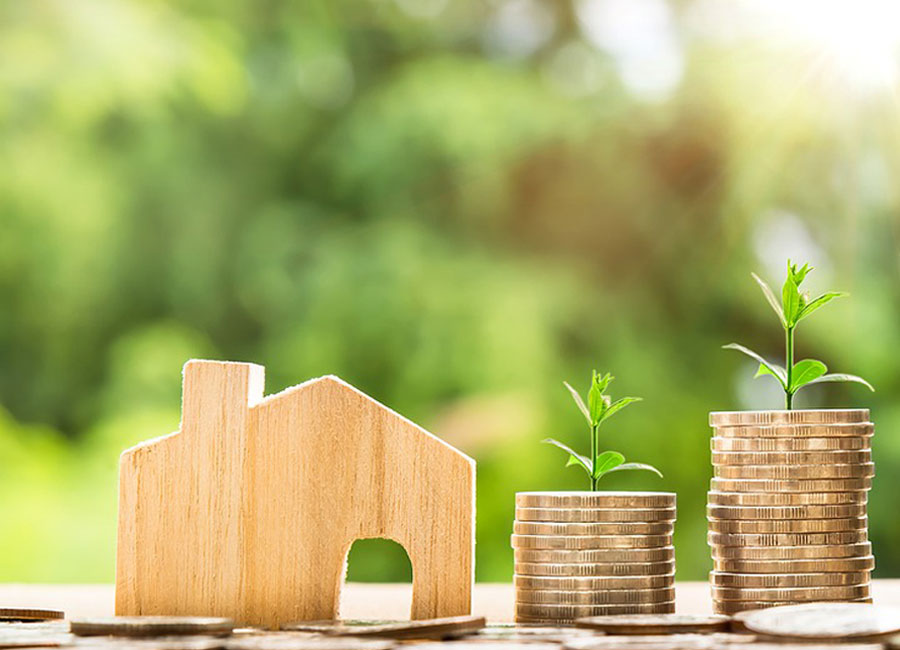 When it comes to money, nothing is more taxing than worrying about it! Here, the ins and outs of using your home’s equity to make those sleepless nights a little easier to bear.

“But the comfort is, you shall be called to no more payments, fear no more tavern-bills.”—William Shakespeare

The Bard certainly got it right; when it comes to money, nothing is more taxing than worrying about it, agonizing over where it’s to come from and wondering if it will all be enough.

If you’re a homeowner, however, and have worked hard to pay down the mortgage, at least you can rest a bit easier. Here are the ins and outs of using your home’s equity to make those sleepless nights a little easier to bear.

According to the Canada Housing and Mortgage Corp, vacancy rates in major metropolitan areas across Canada are down, down, down. In fact, at the time of this writing, in the Greater Toronto area, the amount of available rental stock is at a 16-year low.

Not only does that mean fewer places to rent, it means record prices. Although the average rate for a one-bedroom apartment is $1,200 a month, swish digs in a trendy neighbourhood or the downtown core will cost you considerably more. Across the country, a two-bedroom and den overlooking the central square in Olympic Village in Vancouver can set you back $5,000!

That means if you have space available, you could be in the catbird seat if you’re prepared to rent it out, so long as you don’t mind playing the landlord game, which comes with its complications. (“Uh, Ian, I think there’s something wrong with the toilet.”)

There are two ways to go: either seek out long-term tenants or rent short term, a process made considerably easier nowadays, thanks to the internet and marketing channels like Airbnb. The advantage to long-term tenants is that if you’re lucky enough to find good ones you can sit back and relax while the cheques roll in, whereas with short-term rentals, you’re constantly cleaning and preparing for the next guest.

On the other hand, working it can be profitable; entire homes in Toronto are going from $200 to $300 a night while downtown condos can fetch anywhere from $50 to $150 and up. You do the math.

If you have the space but it isn’t prepped for actual living, you’re going to have to consider renovations, which, as any experienced marriage counsellor will tell you, ranks just behind infidelity and golf as the greatest divider of holy matrimony.

According to Bartek Farafoszyn of Bartek Construction in Metro Vancouver, interior renovations run anywhere from $75 to $150 a square foot, depending on what you’re starting with, what you want and the kinds of materials you choose.

“If you already have floors and drywall and plumbing roughed in, it’s going to cost less than if you’re looking at bare studs and a concrete floor,” he explains.

Before starting, do your homework – oh boy, do your homework. Research all you can, especially about your contractor. Farafoszyn says you’ll obviously want to feel comfortable with the people you hire and talk to previous clients, but you also have to know if they have adequate insurance and if the subcontractors they hire are covered by workers compensation. If they aren’t and one of them comes on your property and breaks a leg, you’re the one that’s on the hook for costs.

The good news is that you can cover yourself by taking out WCB coverage yourself; I did it when we were doing some renos a few years back, and it wasn’t expensive, especially after I heard about the doctor in North Vancouver who had to sell his home to pay the rehab costs of a “student” painter who fell off his roof!

Renting out space in your home is going to attract the interest of the tax man. According to the Canada Revenue Agency (CRA), the minute you start renting out space, you are considered to have sold that portion of your home at whatever the current market value was at the time. It ceases to be a part of your principal residence and is liable for capital gains tax when you sell your home.

The CRA is getting more sophisticated catching tax avoiders, using algorithms and other computer hocus pocus. Consider the case of the man who sold his home and instead of the $4,980 he could have paid in capital gains was gobsmacked with a bill for $26,500 after the usual penalties, interest and lead pipe beatings the CRA specializes in on occasions when it doesn’t like the cut of your accounting jib. Don’t forget: it was tax cheating that got Al Capone put away into America’s more infamous retirement home – Alcatraz.

Although you cannot deduct renovation expenses from your taxes, you can deduct ongoing maintenance costs and other items – suffice to say, it’s another area you want to hire a tax specialist. And finally, civic and provincial governments appear to be deciding that beleaguered homeowners and speculators alike using channels like Airbnb should pay the appropriate tithe. New regulations in Vancouver will compel hosts to pay $54 to register and an annual fee of $40. Similar measures are being mulled in Toronto, while Quebec is opting for a 3.5 per cent tax on hosts to fund “regional tourism.”

Another way to get value out of your home is to borrow on it. My mother used to call this the leave- nothing-to-your-kids strategy. A popular option is a home equity line of credit (HELOC). This allows you to borrow against the value of your home and, according to the Financial Consumer Agency of Canada (FCAC), Canadians owed a whopping $211 billion on three million lines of credit in 2016. With the average loan running around $70,000, they represent a significant portion of household debt. Opening a HELOC means getting a line of credit you can tap into whenever you want, and consumers like them because, in most cases, all you have to pay is the interest. On the upside, they allow access to ready cash, but that’s also the downside; easy access can lead to impulsive spending, and sudden interest-rate increases can leave many borrowers vulnerable. Interest rates vary, depending on the type of lender, so potential borrowers are advised to shop around.

If you’re 55 or older and own your home, another option is a reverse mortgage. According to FCAC, the older the borrower and the more equity they possess, the larger the amount of money available, which can be taken as a lump sum or in payments over time. The advantages include: you don’t have to pay a dime until you sell or move, at which time borrowers are liable for the amount owed plus interest; the money is non-taxable and does not affect OAS or GIS. In short, you get to keep your home. On the downside, says FCAC, “Costs associated with a reverse mortgage are usually quite high compared to a regular mortgage,” and that includes the interest rates.

There is another option for those looking to extract value from their home, which is to sell and either rent or downsize to a condo or townhouse. We’ve already alluded to the paucity of rental stock in Canada, but if you don’t mind selling and moving out of the high-priced area you’re living in – where it may be easier to win Lotto 6/49 than to find an affordable apartment – your dollars can go a lot further. I’ve always had a soft spot for St. John’s where two-bedroom apartments are going for an average $941 as opposed to $1,392 in the GTA or $1,552 here in Vancouver. Other possibilities include: Moncton, Gatineau, Windsor or Lethbridge, although I understand that the problem with Lethbridge is that you have to root for the Calgary Stampeders. Relax, I’m just kidding!

Or you could depart home and native land altogether; they can mail your CPP to Quito as easily as they can to Quebec City. Plenty have taken this route, and there are Canadian expats doing fine the world over.

You can also cash out, flog the manse and buy a condo. Say goodbye to shovelling snow but say hello to condo fees, which seem to go up every year.

However, in today’s cockamamie real estate world, condo prices have been skyrocketing as the market gets “commodified” by investors and desperate young people scrambling to get into the housing market “before it’s too late.”

It’s ironic because you’d think with all the condo towers going up prices would stabilize but, in Toronto alone, they’ve risen 21 per cent over the past year with average prices hovering around the $500,000 mark.

Instead of moving, some want to stay where they are, in familiar surroundings. But, as the years roll by, the stairs seem to get steeper and the bathroom with all its slippery surfaces starts to resemble a minefield on the Western Front.

Fortunately, there are all kinds of hardware doo-dads and renovations that can make homes both safer and more age friendly. To assist in incorporating them, the federal government offers a home accessibility tax credit (HATC).

Canadians aged 65 and older or who are disabled can claim a 15 per cent non-refundable tax credit for expenditures made to increase the safety of their homes or their mobility within them. The maximum expenditure per dwelling is $10,000, which reduces federal tax payable for the year by $1,500. It must be a principal residence, but it can also be claimed by family members renovating their own homes for aging relatives to live in. The number and types of improvements and renovations that can be made to a home are endless, ranging from grab bars to lighting.

Technology is also lending a hand. Camera systems can be installed that allow relatives to keep an eye on elder relations, while accelerometers can be used to determine if they’ve suffered a fall.

And according to MIT Technology Review, devices like Amazon’s Alexa are being used to alleviate loneliness, set medication reminders and operate entertainment devices using voice commands. This tech is also working its way into extended care facilities. A friend of mine with a relative in a retirement residence who was the victim of ongoing petty theft, installed a camera and the pilfering abruptly stopped.

“And it wasn’t expensive,” he reports.