The Trust-Busters Gear Up: Are We Heading to the Breakup of the U.S. Tech Giants? 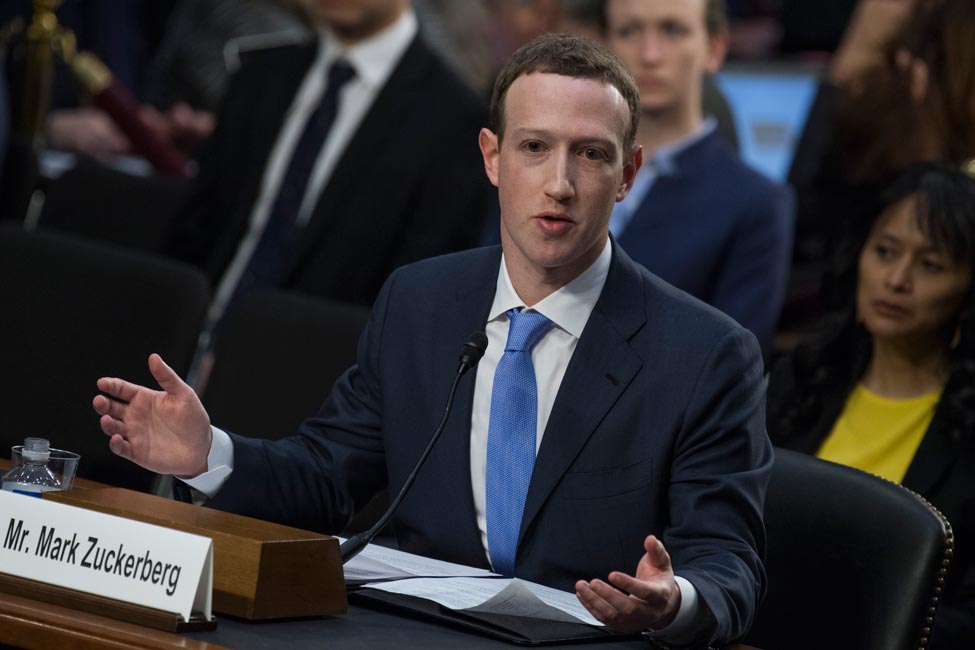 Facebook CEO Mark Zuckerberg testifies before a joint hearing of the Senate Judiciary and Commerce Committees on the protection of user data in Hart Building on April 10, 2018.(Photo By Tom Williams/CQ Roll Call)

Americans take great pride in the world-class corporations they create. They just don’t want them to get too big for their britches. If they do, they get smacked down, hard.

That’s apparently what’s about to happen to the U.S. technology sector. The Justice Department is reportedly ready to launch a massive antitrust investigation into Apple, Amazon, Facebook and Alphabet (the parent company of Google).

If it goes ahead, it will be a long and complex process that will cost both Washington and the companies involved many millions of dollars in legal fees and other expenses. There’s also the possibility of huge fines at the end of the day. All that would have a significant impact on corporate earnings and could conceivably result in the break-up of the tech giants.

It’s happened before. The U.S. government has a long history of trust-busting, dating back to the 19th century.

Canada doesn’t have the same concerns, perhaps because our population is so small. We tolerate a duopoly in railroads, an effective triopoly in telecoms, and an oligarchy in our banking system.

But the U.S. was built on capitalist competition. If a few companies dominate an industry, politicians get antsy.

The Sherman Anti-Trust Act of 1890 was the first attempt by Congress to put the brakes on the power of Standard Oil and other giants in the railroad, tobacco, beef, and sugar industries. However, it was not aggressively enforced until Theodore Roosevelt became President in 1901. The first major action was in 1904 to break up a railway trust. Many more were to follow.

You can read more about the history of U.S. trust-busting at encyclopedial.com. The most recent high-profile cases have zeroed in on Xerox (photocopying), AT&T (phone services and equipment), and Microsoft (various monopolistic practices).

Why the action against big technology now? Part of the reason is certainly the controversy that has erupted over the use of personal data and the exploitation of social media for political purposes by both domestic and foreign interests. There are also reports that President Trump is encouraging the crackdown because he views the companies as “Democratic” and, therefore, the enemy. His antipathy for Amazon founder and Washington Post owner Jeff Bezos is well-known. Breaking up Amazon would be, in the President’s view, welcome revenge for what he perceives as The Post’s attacks on him.

What does this all mean for investors? More pressure on the shares of these companies.

They’ve already taken a big hit this year. As of the close on June 6, Facebook was down 23 per cent from its 52-week high. Apple was off about 20 per cent, Alphabet by 19 per cent, and Amazon about 14 per cent.

Little, if any, of these losses can be attributed to the threat of anti-trust hearings. The U.S.-China trade dispute was a major factor in Apple’s case and a drop in the rate of revenue growth hurt the price of Amazon and Alphabet’s shares. Facebook has been dealing with its own set of high profile problems.

But if the anti-trust investigation goes ahead, as it probably will, the attendant publicity will likely prompt nervous investors to sell, especially if they’re sitting on fat profits.

If you have heavy weightings in any of these securities, my advice is to scale back. The anti-trust action, if it comes, will be a slow-motion drama that will hang like a cloud over these stocks for its duration.