Stock Market: The Year Is Half Over – Who Are the Winners So Far? 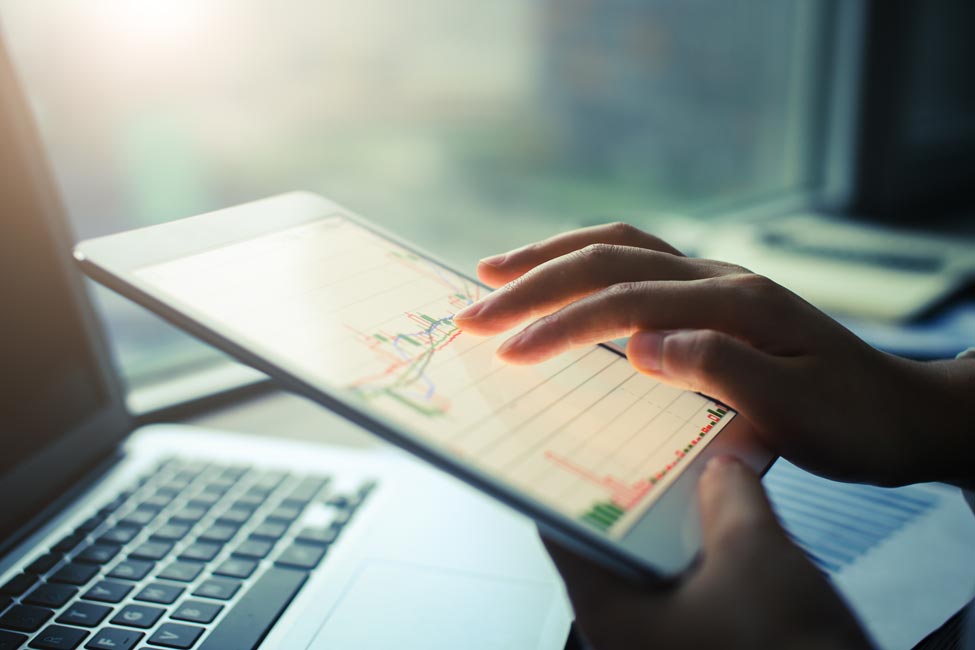 The year is almost half over and, so far, it has been a good one for stocks despite all the worries over trade wars, a slowing economy and inverted yield curves.

Some of the recommendations in my Internet Wealth Builder newsletter have done much better than those averages. Here’s a look at five of our top performers thus far in 2019.

Shopify has more than 800,000 customers in 175 countries. The company provides multi-channel commerce platforms that merchants can use for all aspects of their business including payments, inventory, and marketing. The company also just announced that it will spend over a billion dollars to build warehouses near major population centres that customers can use to store and ship merchandise.

The rapid rise in the stock price has been propelled by faster than expected revenue increases and a perception that the company has strong international growth potential.

Shopify is not focused on making a profit at this point, preferring to reinvest revenue in expanding the quality and range of services it offers. However, it did show adjusted net income for the quarter of US$10.3 million (US$0.09 per share) compared to US$4.2 million (US$0.04 per share) the year before.

The gain so far this year is obviously very impressive, but we shouldn’t expect it to continue at this rate. At this point, we rate the stock as a hold due to the high valuation.

Just because a stock has had a big run-up doesn’t mean it’s going to stop. Momentum counts for a lot in the stock market. Boyd Group is a case in point. This auto collision and glass repair company is the single biggest gainer in our history.

When we recommended GE stock last November at US$7.57, we described the Wall Street fallen idol as “a mess” but suggested we were at a point “where it’s so bad that it’s good”. The new leadership of CEO Larry Culp and the fact the conglomerate still owns some very good businesses gave us some optimism.

We suggested the stock was for “patient” investors but the pay-off has come faster than expected. GE shares ended 2018 at US$7.28 but were recently trading at $10.48, for a year-to-date gain of 44 per cent.

The stock moved sharply higher after the release of first-quarter results that showed the company swung from a loss of US$1.2 billion (US$0.14 per share, fully diluted) last year to a profit of US$3.5 billion (US$0.40 per share) this year. Revenue was down 2 per cent year-over-year to US$27.3 billion.

Mr. Culp commented: “I am encouraged by the improvements we are making inside GE. This is one quarter in what will be a multi-year transformation, and 2019 remains a reset year for us. We continue to focus on reducing leverage and improving the underlying performance of our businesses to create sustainable, long-term value for our customers, employees, and shareholders.”

With all the attention focused on Facebook, Amazon and Alphabet these days, eBay has become lost in the high-tech shuffle. But the company is still around and doing quite well, thanks. The stock closed 2018 at US$28.07 and was recently trading at US$40.05, for a gain so far this year of 43 per cent.

Compared to the companies mentioned, eBay is a relatively small player in the technology sector. First-quarter revenue was US$2.7 billion, a modest 2 per cent increase over the same period in 2018, and future growth projections aren’t a lot better.

But the company is operating more efficiently. Net income based on GAAP standards was US$518 million in the quarter, a 27 per cent improvement over US$407 million in the first quarter of 2018. Fully diluted earnings per share came in at US$0.57, an improvement of 42.5 per cent over last year’s US$0.40 per share.

The per share gains are larger because the company is actively buying back stock. It spent $1.5 billion in the quarter to buy back 42 million shares and over the past year has reduced its weighted number of outstanding shares by over 100 million.

For most of the past three years, the share price of this Montreal-based flight simulator company has been locked in a trading range of $18-$25. It finished 2018 at the top end of that range at $25.09.

But that log jam is over. This year the shares are touching one new high after another, closing on June 21 at $34.95. That’s a gain of 39 per cent so far this year.

There are all sorts of reasons for this breakout. For starters, the company recently reported record fourth-quarter and year-end results for the 2019 fiscal year (to March 31). Fourth-quarter revenue was up 42 per cent to $1 billion while full-year revenue was ahead 17 per cent to $3.3 billion. The annual order intake was a record $4 billion. Total backlog at the end of the fiscal year was $9.5 billion.

Since those results came out, the company has announced several new contracts that should continue to grow revenues and profits going forward. They include a deal with the U.S. Navy to train UC-12 Huron aircrews, a five-year extension of its exclusive long-term pilot and cabin crew training contract with SAS, and a similar extension to train pilots for Air Europa.

The company also announced it has signed a new five-year training agreement for AirAsia’s A320 pilots in the Philippines. The agreement extends the use of the CAE Rise training system to a third AirAsia affiliate.

Other big movers (25 per cent+) so far this year include Alimentation Couche-Tard, Starbucks, and Visa.