Stock Market: Making the Case for a Buy and Hold Portfolio 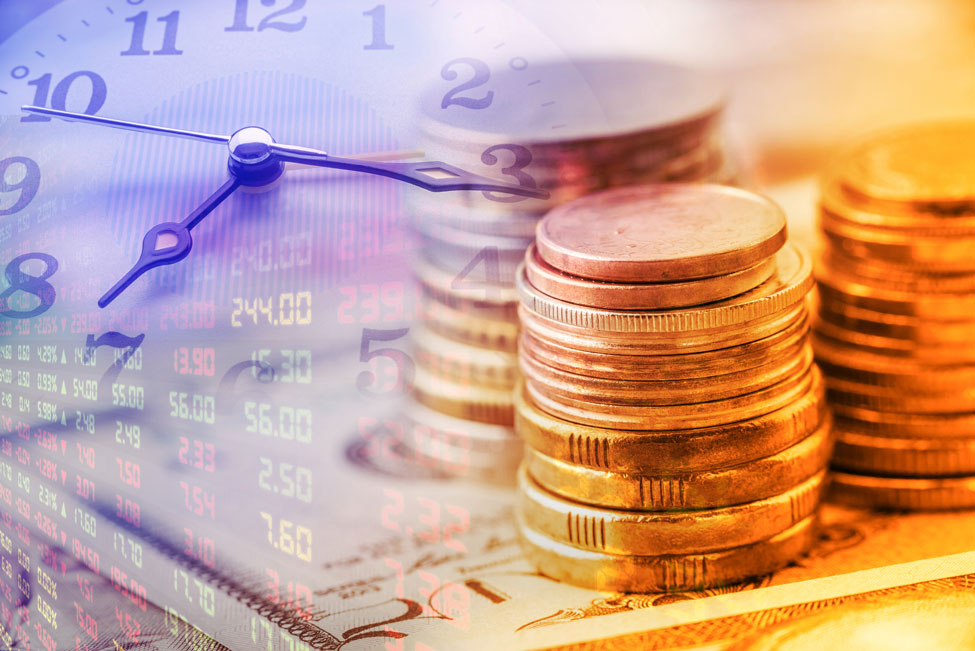 With everything that’s going on in the world today, it’s easy for investors to get caught up in the drama of the daily headlines. Unfortunately, that sometimes leads to emotional buy/sell decisions that are later regretted.

That’s why I created a Buy and Hold Portfolio for my Internet Wealth Builder newsletter seven years ago, in June 2012. It has a very simple goal – invest in great stocks and then hold on to them, no matter what the market is doing.

Over the long term, the strategy works. There are ups and downs, of course, but the underlying thesis is that the long-term trend of the markets is up. If you own good stocks, they’ll move with it.

This portfolio consists mainly of blue-chip stocks that offer long-term growth potential. It also has a small fixed-income holding. The original weighting was 10 per cent for each stock with a bond ETF that started with a 20 per cent position.

I used several criteria to choose the stocks including a superior long-term growth profile, industry leadership, good balance sheet, and relative strength in down markets.

The objective is to generate decent cash flow (all the stocks but one pay dividends), minimize downside potential, and provide slow but steady growth. The target rate of return is 8 per cent annually.

These are the securities we hold with comments on how they performed since my last review in December. Prices are as of the close on June 12, 2019.

iShares Canadian Universe Bond Index ETF (TSX: XBB). We saw a rebound in the bond market as central banks turned dovish on future rate hikes. The unit price was up $1.45 since the December review and we received distributions of $0.445 per unit. We ended the period with a gain of 6.2 per cent on this position, a nice move for a bond fund.

BCE Inc. (TSX, NYSE: BCE). BCE shares are interest-sensitive so the pull-back in the interest rate outlook benefitted the stock. The shares are up $5.35 since the last review. The company increased the dividend by 5 per cent effective with the March payment to $0.7925 per quarter.

Brookfield Asset Management (TSX: BAM.A, NYSE: BAM). Brookfield continues to be a big money-earner for this portfolio. The shares are up $7.17 since our last review and we received two dividends totalling US$0.32 per share during the period. Total return over the latest six months was 13.4 per cent.

CN Rail (TSX: CNR, NYSE: CNI). CN shares had a big jump since the last review, adding an impressive $14.14. The company increased its quarterly dividend by 18 per cent effective with the March payment. Because of timing, we received three dividends in the period, totalling $1.53 per share.

Enbridge (TSX, NYSE: ENB). Enbridge stock moved over $51 in May but then pulled back after the company ran into legal and political hurdles relating to the replacement of two key lines for transporting petroleum products to the U.S. – Line 3 to Superior, Wisconsin and Line 5, which serves the state of Michigan. But even with the retreat, the stock is up $2.84 since the last review. Enbridge raised its dividend by 10 per cent in February. We received two dividends for a total of $1.476 per share.

Toronto Dominion Bank (TSX, NYSE: TD). TD staged a modest rally after taking a hit in 2018. The stock was up $4.65 a share and the company raised its dividend by 10.4 per cent in April. We received two dividend payments for a total of $1.41 per share.

Alphabet (NDQ: GOOGL). Tech stocks went on another run during the winter, then pulled back as a variety of problems surfaced including the threat of anti-trust action. The net result is a modest gain of about $5 from the time of the last review. This is the only stock in the group that does not pay a dividend.

UnitedHealth Group (NYSE: UNH). Health insurers took a hit as debate ramped up in Congress about the future of U.S. healthcare policies and the possibility of moving to a single payer system like Canada’s (very remote in my view). This stock dropped about US$30 per share. Due to timing, we received only one quarterly dividend of US$0.90 per share.

Walt Disney Corp. (NYSE: DIS). Disney stock has been strong recently. The shares are up $7.16 since the last review and we received a semi-annual dividend of US$0.84 per share in July.

Cash. At the time of the last review, our cash reserves, including retained dividends, were $2,347.56. We invested that money at 2.3 per cent in an account with EQ Bank, earning $27 in interest.

Here is the status of the portfolio as of the close on June 12. For consistency, the Canadian and U.S. dollars are considered to be at par. However, the currency differential increases U.S. dollar gains (or losses) for Canadians. Trading commissions are not factored in although in a buy and hold portfolio they are not significant in any event. Comments: The new portfolio value (market price plus retained dividends/distributions) is $106,964.02, compared to $99,163.43 at the time of the last review. That represents a gain of 7.87 per cent over the period, which is a very healthy rebound from a weak 2018.

All of our securities turned in gains in the period, with the sole exception of UnitedHealth.

Since inception, we have a total return of 114.2 per cent. That represents an average annual compound growth rate over seven years of 11.49 per cent, which is well ahead of our 8 per cent target.

Changes: This is a Buy and Hold portfolio, so I don’t normally advise selling any of our positions unless there is a strong reason to do so. However, my newsletter has recommended taking profits on Disney for a 200 per cent gain. As a result, we need to replace it in this portfolio. That gives us $12,515.40 to reinvest.

In addition, we will add to our positions in two securities:

TD – We have enough accumulated dividends to purchase another 10 shares at a cost of $750. That will take our share count to 160 and leave us with $71.62 in retained dividends.

We will move our cash of $2,125.92 over to Motive Financial, which is currently offering 2.8 per cent on deposits.

Here is a look at the revised portfolio. I will update it again in December.