The “Tariff Man”: Why Is Trump Disrupting World Trade? 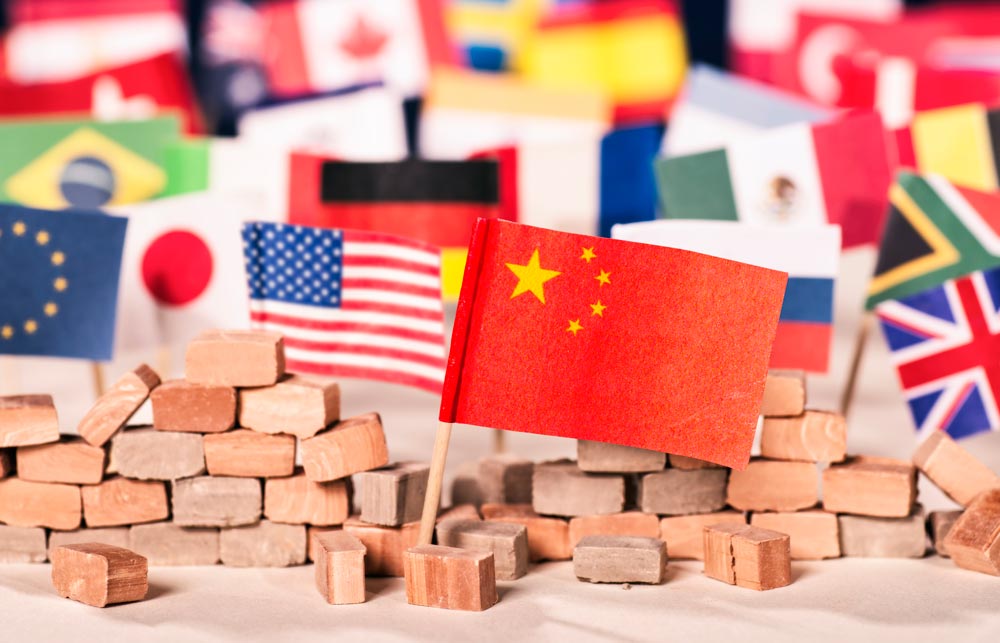 Donald Trump loves to describe himself as “tariff man.” He thinks he’s winning the trade war with China and gloats that U.S. policy is having a “major effect” in slowing that country’s economic growth.

“This is why China wants to make a deal with the U.S. and wishes it had not broken the original deal in the first place,” he said in a recent tweet.

What he doesn’t mention is the fact his China tariffs are costing the U.S. billions of dollars. The New York Times reported recently that the U.S. has collected $20.8 billion in tariffs so far while paying out $28 billion to farmers in compensation for lost sales. That doesn’t include unsubsidized losses sustained by other industries including technology, medical devices and aviation.

Apart from the damage to U.S. industries, Mr. Trump’s tariff obsession is destabilizing world trade and slashing estimates of global growth. Central banks are poised to cut interest rates in an effort to offset the economic damage he’s doing.

In its July Monetary Policy Report, the Bank of Canada attempted to quantify the damage being inflicted by America’s increasingly aggressive trade policies.

“Here’s the bottom line,” said Senior Deputy Governor Carolyn Wilkins in a statement. “When we take into account the impact on the global economy and commodity prices, trade conflicts and uncertainty are projected to reduce the level of Canadian GDP by as much as two per cent by the end of 2021.”

But that’s not the worst-case scenario. A staff analysis prepared by Karyne B. Charbonneau as input for the Monetary Report projected some devastating economic numbers if the current trade conflict degenerates into an all-out war in which all nations, including Canada and Mexico, impose 25 per cent tariffs on one another.

That seems improbable but, as I’ll explain in a moment, it would not be inconsistent with Mr. Trump’s objectives. Should it come to that, Canada’s exports would plunge by 32.5 per cent and our GDP would fall 3.1 per cent, plunging us into a recession.

But what is really startling about the Charbonneau analysis is the effect on the U.S. Under this scenario, America would lose almost two-thirds of its trade but the impact on the GDP would be only a loss of 1.1 per cent.

“This is consistent with what the literature has found as gains from trade for this relatively closed nation,” the analysis concludes. “It contrasts with the magnitude for small open economies such as Canada and Mexico. Though both countries would considerably increase their exports to all other regions in this scenario, their dependence on and proximity to the United States leave them exposed.”

This partly explains the rationale behind Trump’s tariff policies – other countries will get hurt a lot more than the U.S. But that’s only part of the picture. For broader insight, let’s turn to Dan Ciuriak, Fellow-in-Residence at Toronto’s C.D. Howe Institute.

In a recent speech in Mexico City, he argued that the President’s trade policy is not as contradictory as it is often perceived but rather “contains a coherent if not necessarily desirable or achievable vision for the U.S. economy”.

This is based on five objectives, as follows:

Re-industrializing the U.S. economy. Remember Trump’s inauguration speech? His bleak description of “rusted-out factories scattered like tombstones across the landscape of our nation”? His finger-pointing at Mexico and China for stealing American jobs? Those were not throw-away lines. One of the President’s primary goals has been to reverse that trend and his trade policies reflect that.

Re-balance American trade. The President strongly believes that the U.S. has been taken advantage of by its trading partners for years. His constant complaints about balance of payment deficits are evidence of that, even though it’s clear he doesn’t really understand the implications of them. As a result, he wants to jettison concessions granted over the years, even those to close allies like Canada.

Reclaim sovereignty. Mr. Ciuriak said the Trump administration wants to roll back “the constraints on its exercise of unilateral action created by binding dispute-settlement provisions in trade agreements, as well as what it considers the over-reach of the judicial function of the World Trade Organization.” That’s why the U.S. has been systematically undermining the WTO by withholding approval of key nominees. (My observation, not Mr. Ciuriak’s).

Counter China. Mr. Trump and his advisors are deeply concerned about China’s rapid technological advances, which they believe are based, in part at least, on stolen U.S. intellectual property. Hence the attacks on Huawei, which has become a world leader in communications technology.

Mr. Ciuriak’s analysis goes on to examine these objectives in the light of the new United States-Mexico-Canada agreement (USMCA), which has yet to be ratified by Washington or Ottawa.

But his summary of the objectives provides a useful insight into why Mr. Trump acts as he does, despite the negative effect his policies are having on world trade, and on the U.S. Treasury.

Against this background, don’t expect anything to change unless Mr. Trump loses the White House in 2020. The uncertainty that is riling the markets and worrying the central banks isn’t going away any time soon.

This article was originally published in The Toronto Star.