Retire or Re-wire? There's Always a Next Act 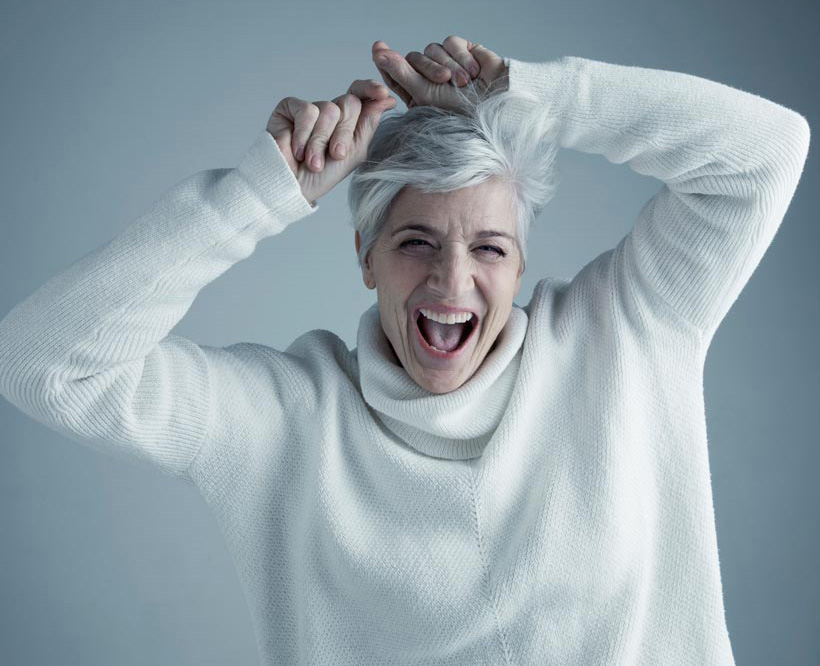 Never underestimate the power of reinvention. Here, the art of the second, third or umpteenth act from two iconic celebrities who seemed to be everywhere for decades.

They are both iconic celebrities who seemed to be everywhere for decades. Dr. Ruth Westheimer is the tiny Jewish grandmother with a heavy German accent who became famous as America’s sex therapist. Cathy Guisewite’s “Cathy” cartoon is like every woman’s alter ego, appearing in more than 1,400 papers for 34 years. I met them both in the same week as they pitched new projects, and it taught me about the art of the second, third or umpteenth act.

Sex was actually well down my list of questions for Dr. Ruth, who was in town for the premiere of Ask Dr. Ruth, a new documentary about her life. However, as soon as I described our audience, she wanted to address it. “Sex after 50 – go get it!” she enthused. And there were instructions. Dr. Ruth recommends mornings for older people, who should get up and have a small breakfast before going back to bed to make love. But she says finding fame and fortune as a sex doctor was “just by chance.” Her drive to make a mark comes from her history as a Holocaust orphan and her determination to take every opportunity to study and work. She was interested in family life because she did not have that after the age of 10. “It was an outgrowth of being an orphan, but it went into the area of sexuality — wonderful!” she told me.

Ruth survived because her family got her a spot on the famous Kindertransport, which spirited her from Germany to Switzerland, where she spent the war in an orphanage. After, she was taken to Palestine, from there to study in France with husband No. 1 and ultimately to the United States where she met her third husband, Fred, at a Jewish ski club. The film unfolds along the separate tracks of her story as a pop culture icon and her history as a survivor. “The time was right to tell my story because there are people out there who are Holocaust deniers, who say it never happened. There are people who have Holocaust Fatigue — they say it’s like the Civil War: don’t talk about it anymore.”

Cathy Guisewite stopped drawing the “Cathy” strip in 2010. She wanted to take the opportunity to be a full-time mother to her daughter and a full-time daughter to her parents who were turning 90. Like other high-achieving women, Guisewite says she always felt that she was cheating her child and, with her daughter entering the last year of high school, she felt this was her last chance to set that right. “The fantasy of being the benevolent caregiver to those generations on both sides of me didn’t exactly work out right,” she said ruefully. Tens of thousands of women find themselves in that “sandwich” role, but I have never before heard of it becoming the stuff of fantasy. What Cathy found was that her parents didn’t want her advice or guidance, and neither did her daughter. So she turned to the place where she had always expressed her frustrations: the printed page. Her new book, Fifty Things That Aren’t My Fault is “Cathy” 2.0.

The reason millions of women identified with Cathy — whichever version — is that she felt the same anxiety, stress and doubt that they do. And it was and is real. There’s a particularly poignant scene in the book where a cashier at the grocery asks Guisewite what she is up to now. It was a source of stress.

“Our generation doesn’t get to retire. We reinvent, we repurpose and we reimagine ourselves. It’s thrilling but it’s the pressure of ‘Now what are you going to do?’” Guisewite recalled. However, that pressure was also the source of her connection. Post-cartoon, the real Cathy realized she missed that connection, if not the attention that came with it.

Ruth Westheimer seems impervious to all the pressure. She has a boundless optimism despite the dark circumstances of some of her life. At nearly 91, she embodies the Zoomer ideal, teaching at two universities, writing books and going out most nights. Ruth insists she did not even notice the transition from the intense spotlight of her heyday. Dr. Ruth cheerfully tells us “not to retire but to re-wire!” She herself is obviously wired very differently than Cathy Guisewite, moving through life with a positivity most of us can barely aspire to. What they have in common is their authenticity. It’s what makes us want to reconnect years after their pop culture fame.