The Fed Caves In To Trump and Cuts Interest Rates – Trouble Ahead for Stocks? 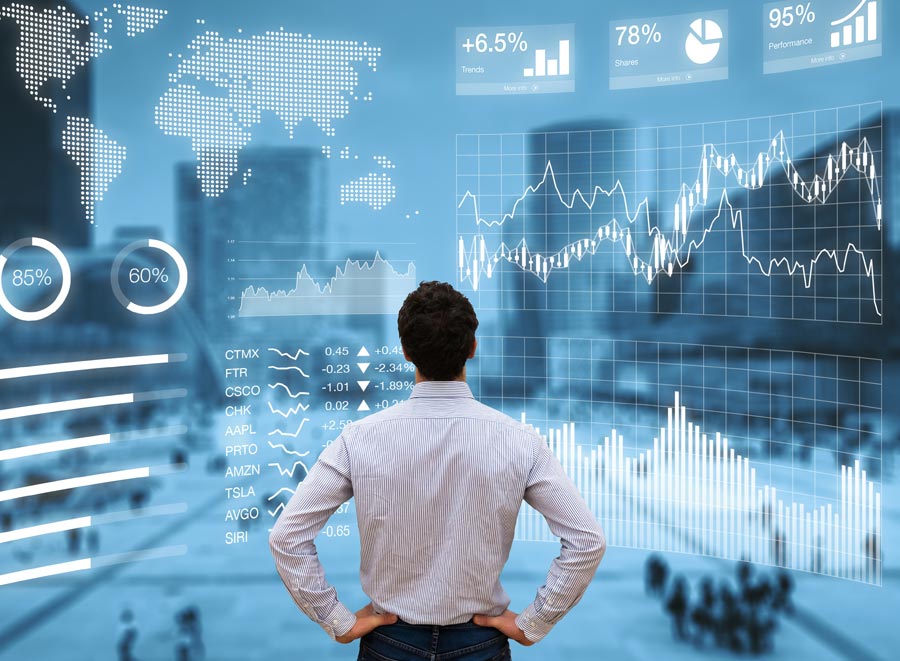 For months, Donald Trump has been trying to bludgeon the Federal Reserve Board to cut interest rates.

His motive is completely self-serving. He wants the U.S. economy, and especially the stock market, to remain strong in the run-up to next year’s election so he can claim credit for the boom. What happens after that is not his problem.

On July 31, he got his way. The Fed reluctantly caved in and in a split decision (two governors voted to maintain the status quo) gave Mr. Trump a quarter-point cut.

But it may turn out to be a pyrrhic victory. U.S. stock markets initially fell after Fed chair Jerome Powell indicated this may be a one-and-done event, telling a news conference it should be viewed simply as a “mid-cycle adjustment”. The following Monday New York recorded its sixth-worst day in history.

Investors, who were looking forward to more easing going forward, were surprised and frustrated at Mr. Powell’s tentative approach. They shouldn’t have been. The reality is there was no need to cut at all at this point. The U.S. economy is healthy, the unemployment rate is the lowest in decades, seven million job vacancies are going unfilled, and most economists are not convinced there is a recession on the horizon.

Interest rate cuts by central banks are normally used to help prop up a sputtering economy. That’s not the case this time. Rather, Mr. Powell characterized it as an insurance policy against the President’s escalating trade wars.

That’s like applying for fire insurance after the arsonist has set the blaze.

Mr. Trump’s tariff wars may yet plunge the world into a recession or worse. Look what happened in the 1930s when the U.S. went down the same isolationist road,

But we’re a long way from that disaster and a quarter-point rate cut will do nothing to head it off if Mr. Trump continues to escalate.

Unless Fed research shows a steep correction coming that they’re not telling us about, the most prudent course at this point would have been to do nothing. Of course, that would have enraged the President even more. So, the governors gave him what he wanted, albeit reluctantly. Not surprisingly, his immediate reaction was that it is nowhere near enough.

Some historical context is useful here. It has been more than a decade since the nadir of the Great Recession and rates haven’t come close to regaining their pre-2008 levels.

In June 2006, the Fed raised its target rate to 5.25 per cent, the highest level since the tech crash of 2000-2002. Then, seeing some looming problems in the U.S. economy, the governors took their foot off the pedal and started to ease. That process accelerated as companies like Bear Sterns and Lehman Brothers failed. By December 2008, the Fed funds rate was effectively zero and stayed there until December 2015.

The Fed raised once in 2016, then three times in 2017 under leadership of Janet Yellen. After Mr. Powell took over as chair in February 2018 (a Trump appointment), the rate hikes accelerated, with four increases last year. That took the target rate to 2.25 per cent to 2.5 per cent. That was the highest since the crash of 2007-09 but a long way from the 5.25 per cent of 2006 and nowhere near what most economists would consider as “normal”.

But as things stand now, it’s going to be a long time before we ever see “normal” again, and that’s bad news for yield-seekers. In the wake of the Fed cut, which will have a spill-over impact here, there is no incentive beyond short-term marketing considerations for financial institutions to raise rates on secure investments like GICs and high-interest savings accounts.

As I write, Royal Bank is offering an introductory 2.1 per cent rate on a one-year GIC and 2.2 per cent for 10 years. That’s right – for 10 years you only get one-tenth of a per cent more!

In these circumstances, it’s not surprising that income investors have turned to the stock market for more attractive cash flow. When CIBC shares are yielding 5.4 per cent, why would anyone want to put their money into a 10-year GIC?

The danger is obvious. A major stock market plunge, such as we experienced a decade ago, could wipe out half the value of your portfolio in a few weeks. Don’t think it can’t happen again. The inverted yield curves we’ve experienced this year are a caution light. Over time, the yield curve has been a fairly reliable indicator of a recession a year or so down the road.

Here’s where we stand. Interest rates aren’t going to move higher any time soon. Meantime, the slowdown in world economic growth continues and U.S.-induced trade wars continue to escalate. All that points to trouble ahead for stocks.

Readers should review their portfolios and build in a margin of safety. Bonds are the best choice in these circumstances. The iShares Core Canadian Universe Bond Index ETF (TSX: XBB) has gained 8.45 per cent this year (to Aug. 7). It’s an excellent way to hedge some of the equity risk in your portfolio.