Go Your Own Way: How to Take Your Career in a Totally Different Direction 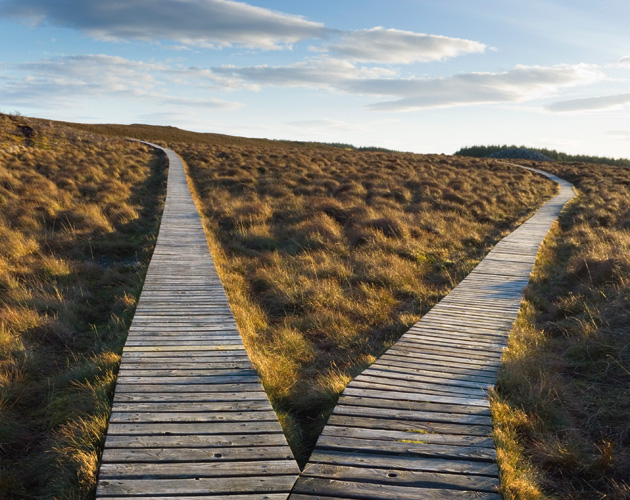 What if the career path you’ve been on is no longer the right one for you? It’s never too late to change direction. Here’s how.

The reality for older Canadian workers today is a bit at odds with what many people might perceive. Conventional wisdom is that people who lose or leave jobs in their 50s will have a hard time finding new employment that’s stimulating and satisfying or which pays as well as their previous jobs.

Not exactly, says Adele Robertson, CEO and founder of The V Generation, a Toronto organization that works with senior volunteers.
Despite common misconceptions, whether by choice or necessity, mature workers in Canada are reinventing themselves in droves. “People are living longer and working longer,” Robertson says. “They just don’t throw in the sponge.”

Research by Statistics Canada has shown that in recent years the largest number of new businesses has been created by people over 49. Rather than finding restricted horizons because of their age, many are finding that after working for years, they finally have the flexibility and the know-how to try something new.

From Bay Street to Main Street

When Jim Knowlton traded in his executive position for entrepreneurship at age 56, he didn’t see it as a setback—it was more like a masterstroke. Knowlton, now 60, eased himself away from a successful corporate consulting business to become a house builder. He set up Master Homes, a residential construction and renovation business in Oakville, Ont., with two partners.

While the business is not exactly an empire just yet, it’s doing just fine, Knowlton says. “We’ve either built or renovated half a dozen homes in the last four years. Our business plan is clear.”

The plan is simple, too: instead of working at a job he has to, now he’s doing what he wants. Before setting up Master Homes in 2013, Knowlton commuted into downtown Toronto and travelled extensively to conduct corporate training programs for banks and big companies across Canada and in the United States. It was lucrative and often fun, but he grew passionate about construction after spending several summers building a cabin with his son in a remote part of Northern Ontario.

Knowlton finds working with real “stuff” like bricks and boards a relief. “You have different fears but, once you go, you never want to go back,” he says. “When you step over the line from the corporate world, you create your own reality.”

Older workers who consider moving into something different than a full-time job should be aware of the barriers and plan how to overcome them, says Bill Hill, national financial planning consultant and retirement designer at RBC.

“If you need counselling for the transition, get it. Sit down and take stock of where you are and what you want to do next. I tell people that this is life, not a dress rehearsal,” he says. Hill points to a recent survey that showed that 62 per cent of Canadians who have retired did so earlier than they had anticipated. A survey published in early 2016 by RBC found that 73 per cent of Canadians over 50 were unsure of what they would do with their extra time if they stopped working.

At the same time, other research by RBC found that 69 per cent said they were “completely or mostly” ready to do something besides punch a clock at a full-time job.

“You can’t just rely on your experience to be marketable. You need to be current, make sure you’re looking forward. It’s especially important to keep maintaining and building your networks,” he says.

“Actually, I started writing my books 23 years ago,” says Robert Rotenberg, a 63-year-old author and screenwriter who is easing away from his Toronto criminal law practice to focus on thriller stories. “I finally got published in 2009 when I was 56; my fifth book comes out in May and I’m about to sign a TV deal,” he says.

At first, the money from his novels trickled in, but now, it’s a steady stream. He has been able to establish a completely new career and is dialling back his legal work.

There are new terms for the growing number of people like Rotenberg—”un-retired” or “non-retired.” It’s a recognition of how they’re pursuing ideas and dreams they might have deferred or neglected earlier on.

In fact, older workers have been successful in the workforce for years, according to Statistics Canada. In 2014, it published the most comprehensive study of what happens to long-term workers in Canada who leave jobs after 50. The study tracked Canadian workers between 1995 and 2000 and followed their prospects up to 2010. Most men and women were back at work within two years.

“People our age have a lot more experience than they may realize,” Rotenberg says. Often, though, the day-to-day pressures of work haven’t allowed them enough time to focus on things they are passionate about.

People should be aware that when you’re launching a new adventure, it may take years to become an overnight success. But that shouldn’t stop you, Rotenberg contends.

“My advice is that people should go back to the fundamental things that they’re really good at,” he says. “And don’t be intimidated by technology. Most of what you need to know you can learn in one day.”

Data from other countries points to hopeful news for older workers. An August 2016 study by Boston College’s Center for Retirement Research found that from 1996 to 2012, only 1.4 per cent of job-seekers in their early and mid-50s were stuck with “old-people” jobs that they might consider to be come-downs from their earlier careers.

The big change in recent years is that rather than finding jobs in the industries they just left, people are creating their own jobs, particularly as the economy has been disrupted by new technologies. “Women age 55 and older are the fastest growing group for self-employment,” says Suzanne Cook, adjunct sociology professor at York University.

This is in sync with Jim Knowlton’s experience as he set up Master Homes. Recently, he went to a training centre in Burlington, Ont., to recruit new workers for his company.

“About a third of the people there were older women,” Knowlton says, which, he adds, fits with his business plan to diversify his own workforce.

Cook contends that a whole new workforce is developing in Canada based on older workers finding new, cool things to do—she calls it redirection. She has even produced a documentary called Redirection: Movers, Shakers and Shifters. The 30-minute film, scheduled to go online in February 2017, looks at five individuals over 50 who shifted their careers along new paths.

“I wanted to have a smile on my face every time I went to work,” one of Cook’s subjects says in the film.

“Anyone who is considering redirection can ask themselves: what do I have to offer? For example, do I have talents, skills or knowledge that can benefit others and experiences that I can share?” Cook says.

Don’t be afraid to change, Knowlton adds. “Many of the barriers to starting something new in your 50s are myths that people think about while they’re stuck in the corporate world. You still come across problems, but at least in a new venture they’re new ones,” he says.