Stock Smarts: Five Ways to Protect Your Money in a Turbulent Market 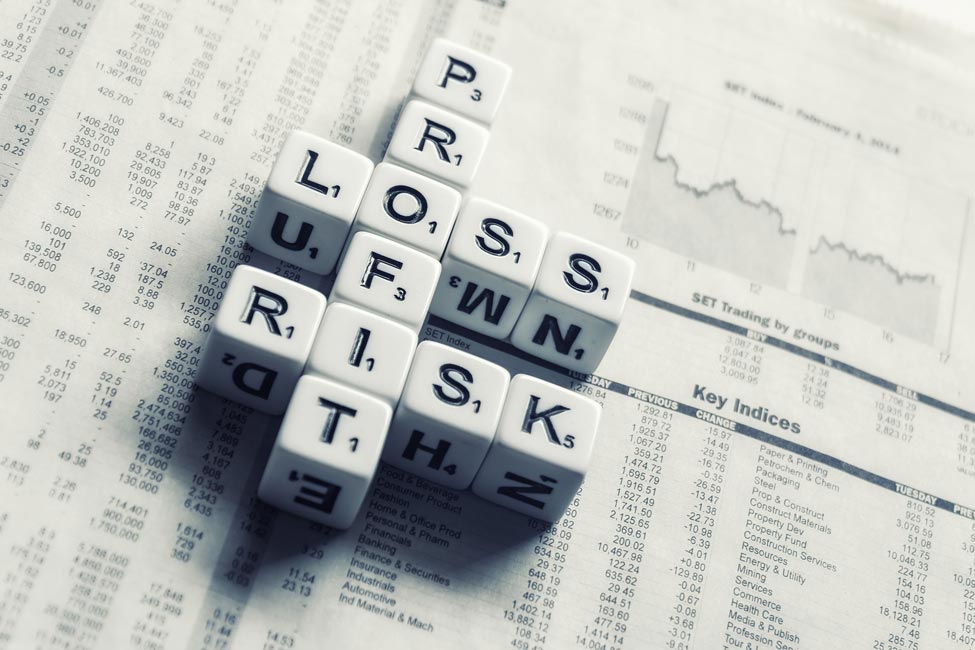 Image by Gino Crescoli from Pixabay

The Dow Jones Industrial Average lost more than 500 points on three separate occasions in August. Understandably, that has investors on edge.

We are facing some unprecedented circumstances. Start with negative interest rates. Over US$15 trillion in bonds world-wide are offering returns of less than zero. You’re paying governments and big corporations like Nestle to hold your money. That pattern is escalating.

Now, a Danish bank is offering a 10-year mortgage at a negative rate to borrowers. They’re paying you to borrow! I’ve never seen anything like this and it’s a dangerous warning signal. What happens to bank profit margins in these circumstances? How do insurers earn the projected actuarial returns to fulfil their policy obligations if interest rates drop to near zero or, worse, below? Financial institutions in Europe are coping with these issues right now. Is North America next?

Then we have the Trump tariff wars to worry about. Mr. Trump’s trade policies, which escalated again last week to the point where he is calling on U.S. companies to quit China, are exacerbating an already fragile global economy.

Fortunately, not all the news is bad. U.S. consumers, the driving force of their economy, continue to spend at a surprising rate, given all the gloomy news. The U.S. Commerce Department reported on Thursday that retail sales on July were up a seasonally adjusted 0.7 per cent from the previous month, the strongest showing since March.

Whether that can last is another story. This month, the University of Michigan reported that consumer sentiment declined in early August to its lowest level since the start of the year, coming in at 92.1 compared to 98.4 in July. Chief economist Richard Curtin said consumers reacted negatively to the news that Washington plans to introduce tariffs on an additional $300 billion worth of Chinese imports.

People were also concerned about the quarter-point rate cut by the Federal Reserve Board. “The main takeaway for consumers from the first cut in interest rates in a decade was to increase apprehensions about a possible recession,” Mr. Curtin wrote.

“Consumers concluded, following the Fed’s lead, that they may need to reduce spending in anticipation of a potential recession.”

In short, fear of a recession may contribute to it actually happening.

Amid all this turbulence, what should you do? I have five suggestions.

I’ve advised this before, but many people are gripped by inertia and uncertainty when it comes to financial decisions. It’s time to suck it up and act. If you have more than half your assets in equities, you are exposing yourself to serious risk. You can make changes now or regret not acting later.

Yields have fallen a lot, providing windfall profits to bond owners. But we’re nowhere near through this cycle. As the economic situation worsens, bond yields will fall more, pushing up prices.

Mounting global economic problems have propelled gold to the US$1,500 range, the highest level since early 2013. With interest rates now negative in parts of the world, one of the impediments to holding the metal is removed – the fact it pays no return.

I expect the price to keep moving higher. You can profit by investing in the world’s largest gold fund: SPDR Gold Shares (NYSE: GLD). As of the end of July, it was up 11.13 per cent year to date. The expense ratio is 0.4 per cent.

In rough times, cash is king. These are rough times. I suggest you have enough to cover your needs for 12-18 months, so you don’t need to sell assets into a bear market.

Hopefully, this gloomy picture will turn around. President Trump could do it in a single tweet, declaring a trade truce with China. But if that doesn’t happen, the steps I’ve outlined above will reduce your risk and hopefully even generate some profits.