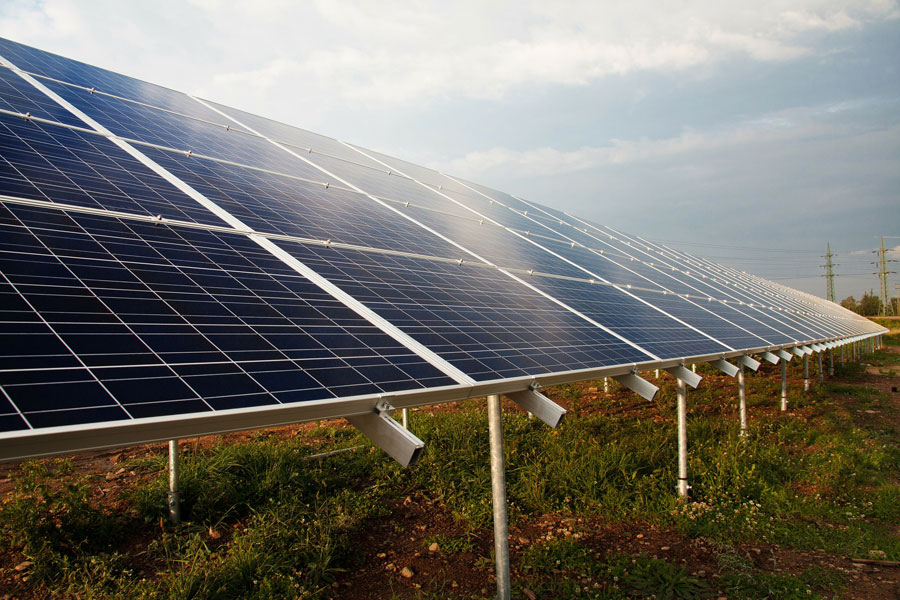 No one likes fossil fuel stocks right now. Even at rock-bottom prices,
it’s hard to find buyers these days. The S&P/TSX Capped Energy Index,
which is almost entirely composed of traditional oil and gas companies,
was down about 24 per cent in the past 12 months, as of the time of
writing.

By contrast, the S&P Global Clean Energy Index was up about 33 per
cent in the same period. That, in a nutshell, tells you what investors see
happening in the future.

There are many green energy and infrastructure companies from which
to choose but here’s one that I discovered only recently.

The business: Atlantica Yield is a London-based company that trades
on Nasdaq. It owns a diversified portfolio of renewable energy, natural
gas, electric transmission, and water assets in North and South America,
and certain markets in Europe, the Middle East, and Africa (EMEA).
The company has 24 assets, comprising 1,496 MW of renewable energy
generation, 300 MW of efficient natural gas, 1,152 miles of electric
transmission lines, and 10.5 Mft3 per day of water assets.

Why I like it: Let’s start with the yield. The shares currently yield 6.7
per cent, and the company has a history of steadily raising its
distributions. In fact, the payout has increased for nine consecutive
quarters. The distribution is up 145 per cent from this time three years
ago.

This green energy and infrastructure portfolio is well diversified both
geographically and in types of assets. The company is steadily
increasing its cash available for distribution. Most of its revenue (75 per
cent in the first half of this year) is from renewable energy.

Financial highlights: First half results were profitable, but revenue and
earnings were down from the same period last year. Revenue came in at
$504.8 million, down from $513.1 million the year before. The company
said this was primarily due to the depreciation of the euro against the
U.S. dollar. On a constant currency basis, revenue for the first half
would have been up 2.8 per cent compared with 2018.

The company reported that production in the U.S. solar portfolio in the
first half of 2019 was lower than in the same period of 2018, mostly due
to lower solar radiation in the first quarter and scheduled maintenance that took longer than expected. Management said solar radiation has
improved since the end of March, and production from the U.S. solar
assets in the second quarter of 2019 was in line with the second quarter
of 2018.

Risks: Renewable energy can be unpredictable at times, as the shortfall
in solar production in the first quarter illustrates. If the sun doesn’t shine
and the winds don’t blow, output drops. However, all renewable energy
companies are subject to this kind of risk and are learning to cope with
it.

This is not a large company. It’s market capitalization of $2.44 billion
puts it in the mid-cap range. The stock can be volatile – trading range
over the past 12 months has been between $17.50 and $24.75 per share.

What others say: The stock got a boost when Zacks recently added it to
its Buy list, citing an upward trend in earnings estimates as a key factor.
Zacks is regarded as one of the top stock ratings services on Wall Street
and is very stingy with its Buy ratings. The company has five categories
of ratings, from Strong Buy (#1) to Strong Sell (#5). Atlantica Yield has
been rated a #2 – Buy. Strong Buy ratings are given to only 5 per cent of
the companies that Zacks covers. Buy ratings are limited to the next 15
per cent.

“The change in a company’s future earnings potential, as reflected in
earnings estimate revisions, and the near-term price movement of its
stock are proven to be strongly correlated,” the Zacks report said.

“For Atlantica Yield, rising earnings estimates and the consequent rating
upgrade fundamentally mean an improvement in the company’s
underlying business. And investors’ appreciation of this improving
business trend should push the stock higher.”

Zacks estimates that Atlantica Yield will earn $0.78 a share this year, an
improvement of 85.7 per cent over 2018.

Distribution policy: The stock pays quarterly distributions, with the
next one due in December.

Who it’s for: This security is suitable for investors who are looking for
U.S. cash flow and want to add more green stocks to their portfolio.
How to buy: The shares trade on Nasdaq with an average daily volume
of over 300,000. Any broker can acquire them for you.

Summing up: The yield makes this an attractive choice for readers
looking for socially responsible energy/infrastructure stocks. Consult
your financial advisor before you decide.

(Disclosure: I own shares in Atlantica Yield.)

Gordon Pape is Editor and Publisher of the Internet Wealth Builder
and Income Investor newsletters. For more information and details on
how to subscribe, go to www.buildingwealth.ca/subscribe