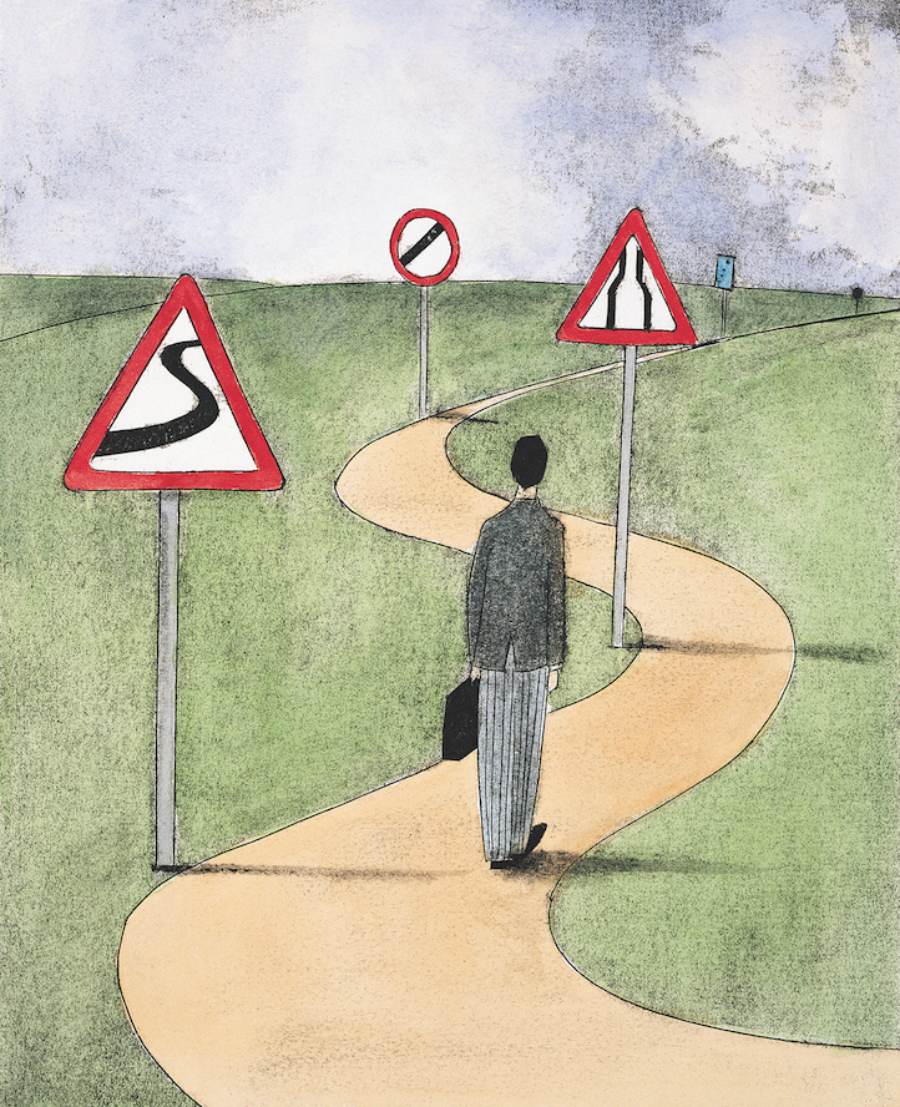 The years from 65 to 75 are critical, for that’s when conventional retirement income begins. Now is the time when folks have to manage income flows and match them to expenses and savings. Of course, there is variation; some folks retire at 60 and others postpone retirement in the governmental sense by starting drawdowns of CPP or QPP at age 70. The way RRSPs (which must be converted to RRIFs by the end of the year in which one turns 71) pay out assets as income and the incentives to get payments from government plans tend to create a scenario of pension income rising from 65 to 75. In a pension and benefits sense, it’s the time of the harvest.

The dates are fluid, of course, because some people retire at 55 with little pension support and others at 60 with CPP or QPP and some defined benefit plans that provide bridge income to age 65. For those who don’t have enough pension or other income, there is the Guaranteed Income Supplement (GIS). The amounts, a few hundred dollars a month dispensed according to complicated ladders of income and status based on living alone or with a partner, are in addition to Old Age Security, which currently starts at about $601 a month. Amounts payable by OAS and GIS are adjusted each quarter. People lucky enough or provident enough to have substantial investment income or who are still working lose their Old Age Security benefits gradually at 15 per cent of amounts over about $76,000 for 2019, and all OAS is gone when your annual income hits $124,000 or so. The clawback trigger points and total recapture points rise and are reset annually.

Government pensions and corporate pensions are the base. What comes later is income and, for that matter, assets harvested from taxable investment accounts and tax-deferred RRSPs and untaxed TFSAs. It is relatively easy to open the taps and get income flowing. What is hard is to determine is how much to take, how much tax you may have to pay and how much you ought to leave for your own future and perhaps for your heirs.

When to start CPP and OAS is much debated, little understood and both simple in its concept and rather sophisticated when you try to optimize the payouts.

Department of Finance data show that almost everybody starts CPP/QPP at 65 or earlier, and most take it as soon as they can at 60. Almost nobody delays CPP/QPP to 70. The rational optimizer of benefits would wait to age 70 for both, but the fly in the ointment is the nature of the benefit. Each is a life annuity with “life” as the operative word.

Let’s test the model. If mortality were not involved, then one would just want to make the most of the benefit. Those who advise on taking CPP/QPP early or both benefits as soon as possible assume that all of each benefit is taken and spent. They tend to disregard taxes. That is not the whole story.

If you could achieve a 10 per cent annual return on each benefit and if you could be sure of living to enjoy the money and if you do not need the cash, then you would wait to 70 for each benefit. Each of those conditions is uncharacteristic of most retirees who do need the money, tend to pay some tax and certainly will not live forever to enjoy their invested gains.

On the other hand, there is the fundamental need for money.  Many retirement planners suggest that 70 per cent of income after tax earned during one’s working years should be sufficient for retirement. So if your pensions and investments provide more than 70 per cent of that income, you could delay taking OAS and CPP or QPP. If your income is less, then you would draw the money ASAP in an amount sufficient to get to the 70 per cent level. But Fred Vettese, chief actuary of pension administration firm Morneau Shepell, suggests that people who have had no reduction of income to pay off the mortgage or other debts, who saved aggressively and who are by assumption lucky in their investment outcomes can take less or take it later. Moreover, the risk of death between 65 and 80 is just 13 out of 100.

Those less fortunate can take more government benefits sooner. Finally, if you are in a high tax bracket today and expect to be in a high bracket in the future, you might as well delay and/or find a shelter for the benefits. Investing in stocks that generate only capital gains can allow one to defer realizing gains. That means they create tax exposure later in life. The limit to this process of income deferral is biological. At some point, you might as well take the money, for life is not eternal. Moreover, you cannot transfer any OAS to heirs, and the amount of CPP/QPP that can be transferred to a spouse who survives you is limited. Eventually, you have to take the money, pay the tax and enjoy what you earned by contributing to CPP/QPP or paid taxes to qualify in the case of OAS. Note that if you are over the total clawback point, about $76,000, of OAS now and evermore, you have no timing issue. You won’t get the money unless you give all your capital and future income to charity and then go on the dole. That would work, but it would be unusual, to say the least.

It would be good to say that planning when and how much to take of savings, pension plans, CPP/QPP and OAS is a one-decision process – do the numbers and then push a sort of metaphorical button – but it is not. Let’s see how the pension management process works.

RRSPs turn into RRIFs, LRSPs (the locked-in kind) turn into LRIFs and, once they are running, they are impossible to reverse. You can, however, take the proceeds and, if you do not spend them, reinvest – best in a TFSA and second best in a low tax portfolio aiming for tax preferred capital gains.

There is flexibility in drawdowns of non-registered investments in stocks, bonds, real estate and, for that matter, even stamp collections and rare coins, old cars … you name it.

If you have a business or a continuing partnership with one, shares of a small corporation, a fishing business or a farm or farming corporation that can make use of million dollar exemptions, you can control income.

And if you can sell your house or condo, downsize, sell pieces to your children, take them into a business or make lawful and properly appraised charitable contributions, you can reduce income or transfer assets and receive tax deductions that can, in some cases, be carried forward indefinitely. You will need accounting advice, as making excessive use of tax preferences can trigger the Alternative Minimum Tax, which is essentially a prepayment of future taxes with a seven-year carry-forward. If you don’t use the AMT in that time, it’s gone.

These rules can be modified for gifts of certain very ecologically sensitive lands and works of art of great significance to Canada. If you are thinking of donating a pristine forest suitable for a national park or a
unique picture of an early governor general, you
should get accounting, legal and appraisal advice. Good deeds are fine, but when it comes to tax law, you gotta get it right.

Timing – a last word: apart from saving money for testamentary gifts to children or good causes, you have only your life or perhaps that of yourself and your spouse to fetch money, enjoy it and perhaps set up future gifts. Actuaries, accountants and my own colleagues in the economics biz have many formulas for figuring out when and how much money to draw, spend, work through tax plans and perhaps pass on to family or good causes.

But pencil work cannot tell you how to enjoy your money and, in the end, it is what is comfortable and reasonable that should be the goal posts for pension and retirement income planning.

To park money out of the reach of the tax man and then not to harvest it is, in the end, irrational. Winning the tax war should not be the goal of one’s financial life. Eventually, you should harvest what you have earned.

Your Retirement Income Portfolio: When to Start Your income Flows

4 Ways to Make Sure You Don’t Outlive Your Money

Financial Checklist: Can You Afford to Retire?

Retire or Re-wire? There’s Always a Next Act