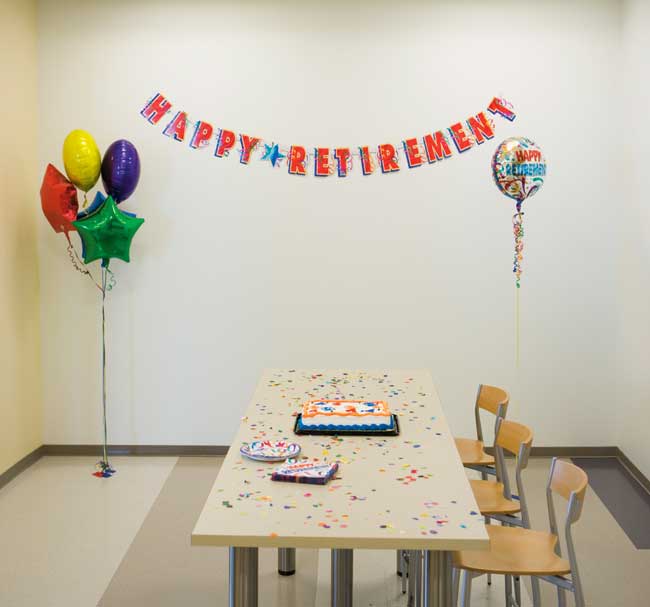 If she had the chance to do it all over again, Kelly Lombard* says she’d do things differently.

Nine years ago, Lombard was actively involved in her job in the television industry—in a way, she says, at the height of her career. But one decision by her bosses—to give the work Lombard had been doing to someone with better connections—changed everything. “Probably then, when I was still very marketable, I should have left,” says Lombard. “But I didn’t and, for the next two years, I was almost in a bit of a no man’s land—I had all these titles and all these jobs but nothing I could sink my teeth into.”

Finally, that situation untenable, Lombard left the company and spent the next few years moving from job to job—some in the industry and some not—before making the decision to retire. “I was very tired, I was pretty broken—a lot more than I realized at the time,” she says. “I felt betrayed. I went into therapy because I was starting to feel like I had spent my whole adult life being tremendously career-driven and I felt that I’d failed.”

While she admits to making some decisions that didn’t serve her well, Lombard feels that she was pushed into retirement and was left grappling with a deep sense of What now? “I’m struggling with a real sense of loss of identity,” says the 63-year-old, “because work was extremely important to me.”

Retirement is a purely social construct. The whole idea of leaving work at a particular age started in the 1880s, when German Chancellor Otto von Bismarck introduced a social assistance program for older workers—at that time, 70, an age reached by almost no one. Since then, ages at which a worker was eligible for a pension varied from country to country, but some kicking in only about a decade or so before the average worker’s expected life span ended. Even as recently as the 1970s, the average life expectancy was 67 for men and 71 for women; now, according to Statistics Canada, the average for men is 79 years and, for women, 83. The fact that 16.9 per cent of the North American population is currently at or beyond the traditional age of retirement means there are a lot of people who have already left the workforce who have many years of life ahead of them. That’s great news to those who desire or need to end their work lives. But one person’s idea of freedom is another’s “What now?”

If retirement were only a sunny time of beaches, handholding and adventures of a lifetime, as advertised, then who could resist it? But in reality, it’s much more complicated. Retirement is a big transition—a huge change in life—and not everyone thrives. And it can impact not only mental but physical health. In a study published in 2008 in the American Journal of Epidemiology, researchers found that people who had retired (at any age) were 51 per cent more likely to die than others their age who were still working. And every five-year increase in age at retirement was associated with a 10-per-cent decrease in mortality. Eight years later, in 2016, researchers at Oregon State University confirmed those and the results of several previous studies: healthy adults who retired even a year later than the typical age of 65 had an 11 per cent lower risk of death.

Michelle Pannor Silver really grasped the impact of retirement as she and her siblings were packing up their father’s work life; he was a social worker in his late 70s with dementia and had devoted more than half a century to treating patients. “His work had been so important to him,” says Silver, a professor at the University of Toronto Scarborough. “I started thinking this is a huge deal to end someone’s whole part of themselves.” Her interest in people who have complex relationships with retirement grew from there and into a new book, Retirement and Its Discontents: Why We Won’t Stop Working Even If We Can.

During her research, Silver interviewed people who had left five different types of work: doctors, CEOs, elite athletes, professors and homemakers. All of them had stopped working for arbitrary reasons. “Many of them did it because they were pushed into it, because other people had assumed they were too old, that their skills were out of date, that they weren’t as useful,” says Silver. Others had retired out of their own ageist assumptions or because they had received pension statements over the years that had made them feel tied to a certain arbitrary age or because their fathers had retired at that age and so on. “In other words,” Silver writes, “they encountered and succumbed to a socially imposed expiration date.”

While there was diversity in the type of people Silver interviewed, they did have one thing in common: as it had been for her father, work had given these people their sense of identity. “They weren’t working half in, half out,” says Silver. “They went from 150 per cent—giving all to their work. Work really dominated who they thought they were.” And some, like one doctor Silver interviewed, hadn’t bargained for how much of their everyday life would disappear after retirement. “When you retire, it’s very difficult to go from 100 per cent to zero per cent, from one day to the next,” he said to Silver. “You lose a lot. I lost a lot. Not just the money. But I lost the friendships and that sense of being important.”

Losing one’s sense of self and mourning the loss of the social aspect of going to work are two common complaints around retirement, according to London, Ont.-based retirement coach Janet Christensen. And then, aside from the loss of regular pay, there’s the loss of structure and, for some, status, plus the satisfying sense of utility and contribution. On top of that is the whole age thing. “I always think age is just a number,” says Christensen. “But some people think, ‘I’m X years old; I’m an old person,’ and that can affect their mental health.”

But if we’re to spend potentially a quarter of our lives in retirement, how do we prevent the retirement blues? “Most people spend more time planning a two-week vacation than they do their retirement,” says Christensen. “It’s really about finding your sense of purpose and meaning in moving forward. The problem is people don’t think about this.” And for some people, retirement is not the answer; with no mandatory retirement age in Canada, not retiring is definitely an option. “Look at Betty White, Clint Eastwood, David Suzuki,” she adds. “These people are not ready to leave and they’re making a difference, and what they’re doing brings them joy and a sense of purpose so continuing to work for them is very productive to do.”

When approaching retirement, Christensen says, people are wise to think about more than how much money they will need. She advises clients to take the time to reflect and be inspired about possible future endeavours.Doing things that inspire is the key to successful retirement, whether it’s at 50 or 80. “It’s about meaning and fulfillment in life,” says Christensen, “and figuring out what that’s going to look like.” Doing so will reignite that so important sense of self and feeling of contribution.

But society still has a long way to go in adapting to the changes in life expectancy and the desires of many older people to continue working beyond some arbitrary age. Some employers assume older workers have lower levels of productivity, out-of-date skill sets, and less utility than younger workers.

“Then these sorts of ageist assumptions fester and create working conditions that range from uncomfortable to intolerable,” says Silver. “There’s this myth that all creativity happens very young, but there are many people whose wonderful work has come during later stages of life.”

A version of this story was originally published online on. Jan. 8, 2019

Secure Your Nest Egg: 3 Tips to Help Prepare for Retirement