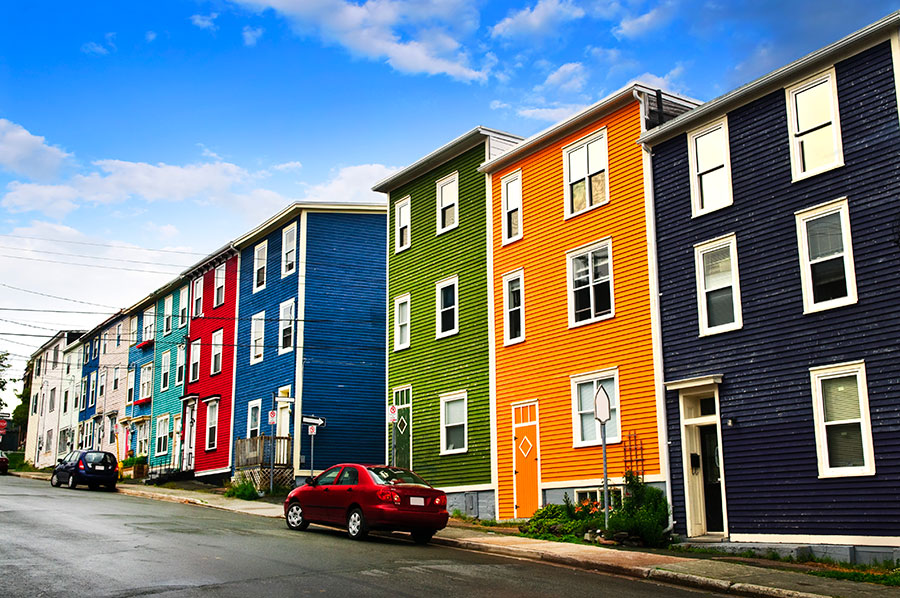 Awareness of affordability issues and the crunch to find suitable housing has made national headlines and was a focal issue in the 2019 federal election.

The rising cost of housing in Canada’s three largest cities — Toronto, Vancouver and Montréal — has gained a lot of attention. It has pushed many people to smaller secondary urban centres and is linked to the renaissance of Canada’s mid- and small-sized cities.

Atlantic Canadian cities, for example, are now booming after decades of stagnation. This is in large part due to young people returning to the region and the rise of immigration, which are changing the face of the region’s cities and fuelling their economies, but also putting pressure on their affordability.

Cities in Atlantic Canada sell their high quality of life, their smaller size and their comparative lower cost of living compared to other cities across the country. But smaller communities cannot take it for granted that these features will not change as they attract more people.

A new report from the Perceptions of Change project investigated how residents in the region’s major cities perceive recent changes, and found that people are largely supportive of economic changes but are concerned about affordability.

A clear majority of residents surveyed in Charlottetown, Moncton, Halifax and St. John’s — 60 per cent across the four cities — feel that the economic changes over the past five to 10 years have been “for the better.” There is much consensus on this issue, save for St. John’s where a majority of people felt things had turned for the worse. This is likely tied to the fall in the price of oil and its effects on the Newfoundland and Labrador economy.

People in the four cities also largely found that incomes were improving over the past five to 10 years. Across those cities, 59 per cent felt that people in their city had higher incomes in recent years.

The only outlier, again, was St. John’s, which is likely tied to the economic downturn that the city and Newfoundland and Labrador as a whole have faced since the collapse of oil prices in 2014 to early 2015.

Even so, a greater share of St. John’s residents felt there was more income rather than less, and the majority felt that things were about the same.

Clearly, people living in Atlantic Canadian cities are seeing economic growth and the benefits of newcomers and young people.

However, that positive sentiment is paired with concern over neighbourhood affordability in the region’s major cities, where a clear majority of people, 58 per cent, report that their neighbourhood is less affordable compared to five to 10 years ago.

The concerns are highest in Charlottetown and Halifax, with 75 per cent and 63 per cent of residents surveyed expressing this sentiment, respectively.

Both Charlottetown and Halifax have both seen significant growth as a result of newcomers arriving through the Atlantic Immigration Pilot program and an increase in the Provincial Nominee Programs. They also have seen a rise in short-term rentals through services like Airbnb.

And in Halifax, there has been an increase in young people moving to the city.

When the concern is broken down by demographic characteristics, little difference is seen between women and men, across different relationship statuses, among those with and without immigrant status, among those who identify or who do not identify as visible minorities, and across income groups.

For each of these groups, a clear majority of people are concerned about affordability. Notable differences, however, are seen among those who are young and those who have higher levels of education.

The concern over affordability was most pronounced for those who are younger. Sixty-seven per cent of people age 18 to 34 years felt their neighbourhood was less affordable, compared to 54 per cent of those who are 65 years and older. Generally, the level of concern drops among older residents surveyed.

In Halifax and Charlottetown, this is evident as students scramble for apartments amid concerns of a housing shortage. Policy-makers and communities should pay close attention to concerns expressed by young people because they represent the very demographic Atlantic Canadian cities are trying to attract because they drive economic growth.

A greater share of people with higher levels of education also expressed concerns over affordability.

Twenty-six per cent of people with less than a high school education felt their neighbourhood was less affordable compared to 67 per cent of participants with a professional or postgraduate degree.

Although young people and professionals may be moving to the region’s cities and driving its economy, their concerns over affordability pose a challenge to sustaining recent positive momentum unless policy-makers and communities act to ensure that affordability is preserved.

It’s important for Atlantic Canadian leaders and cities to avoid the mistakes made in the country’s largest cities, where people are being pushed out due to high housing prices.

It is time for policy-makers, planners and developers in secondary cities to recognize the need to invest in affordable and social housing. They can no longer rely on selling quality of life alone if that lifestyle is changing quickly as more people move to the region.

Should You Help Your Adult Kid Buy a House?

A Place to Belong: Exploring Housing Options That Foster Social Connection Through All Life Stages