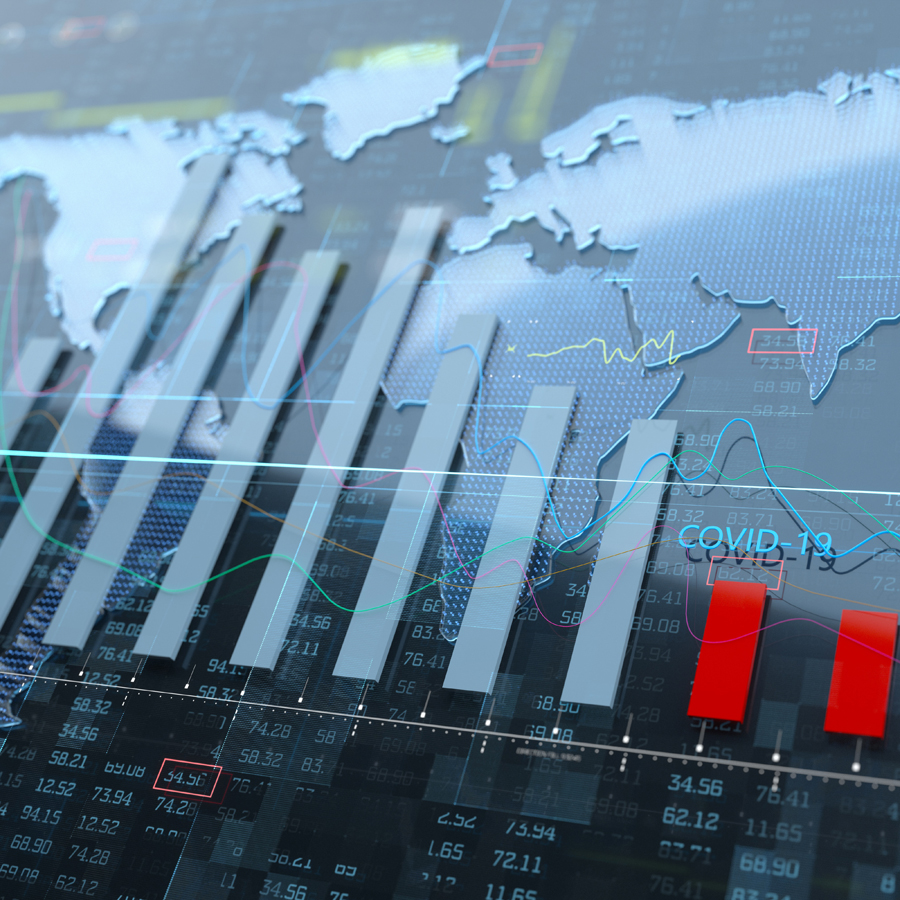 A report by the International Monetary Fund (IMF) suggests that global economies are in worse shape than previously reported and the recovery will be slow. Photo: Andriy Onufriyenko/Moment via Getty Images

With the global economy just now emerging from a crushing three-month hibernation due to the COVID-19 pandemic, it’s no surprise that economic forecasts for the upcoming year are less than rosy.

In fact, according to a recent report by the International Monetary Fund, the world’s economies are in worse shape than previously reported and the prospects for a quick recovery are dim.

“We are projecting a deeper downturn in 2020 and a slower recovery in 2021,” said Gita Gopinath, Chief Economist at the International Monetary Fund.

Gopinath was presenting the findings of the IMF’s updated World Economic Outlook, a grim assessment of the devastating financial impact that the pandemic has caused as it has spread throughout the world.

As a result of its research, the IMF projects that growth in combined global GDP (the monetary value of all the goods and services produced within each country) is expected to reach 4.9 per cent for 2020, almost two points lower than their analysts had projected in April.

“The COVID-19 pandemic has had a more negative impact on activity in the first half of 2020 than anticipated, and the recovery is projected to be more gradual than previously forecast,” said the report.

According to the IMF outlook, Canada’s GDP, which was previously expected to grow by 1.7 per cent, is now projected to fall by 8.4 per cent, a negative slide accelerated by the decline in business revenues brought on by the pandemic measures that shut down most of the economy.

Almost every country across the world, including the United States — our largest trading partner — will also likely suffer big GDP declines. The U.S. is expected to be down eight per cent, Germany down 7.8 per cent; France, Italy and Spain down 12.5 per cent and the U.K. down 10.2 per cent.

All in all, it presents a worrying picture for the entire world’s financial prospects. In fact, the only country expected to see positive growth this year is China, where the virus first began spreading. Their economy is projected to grow by one per cent.

Besides the tragic death toll the pandemic has caused here and around the world, the disease took a heavy financial toll on individuals, with many suffering steep income losses or losing their jobs due to the lockdown. Statistics Canada reports that our economy shed nearly two million jobs, with food services, hospitality and tourism industries particularly hard hit.

While Canada’s job numbers are alarming they are unfortunately not atypical. The IMF report paints a dire picture of the severe damage done to global labour market — it estimates that at least 300 million full-time jobs have been lost worldwide since governments began shutting down their economies.

And while the advanced economies should have the financial resources to provide emergency relief through benefit and wage-subsidy programs to weather the storm, the IMF predicts that poorer countries in Latin America, the Caribbean and Africa are not so well placed to survive the hit.

“The adverse impact on low-income households is particularly acute, imperilling the significant progress made in reducing extreme poverty in the world since the 1990s,” read the report.

Prospects of a Rebound?

The report expects that the recovery from the pandemic will be slow and painful. The authors suggested that, while difficult to predict, the ability to emerge from this crisis depends on the following factors:

The IMF also made a number of policy recommendations that all countries should adopt to ensure the recovery begins. These include:

Green Tape Everywhere: It Will Take Time to Get Used to Post-Pandemic Shopping